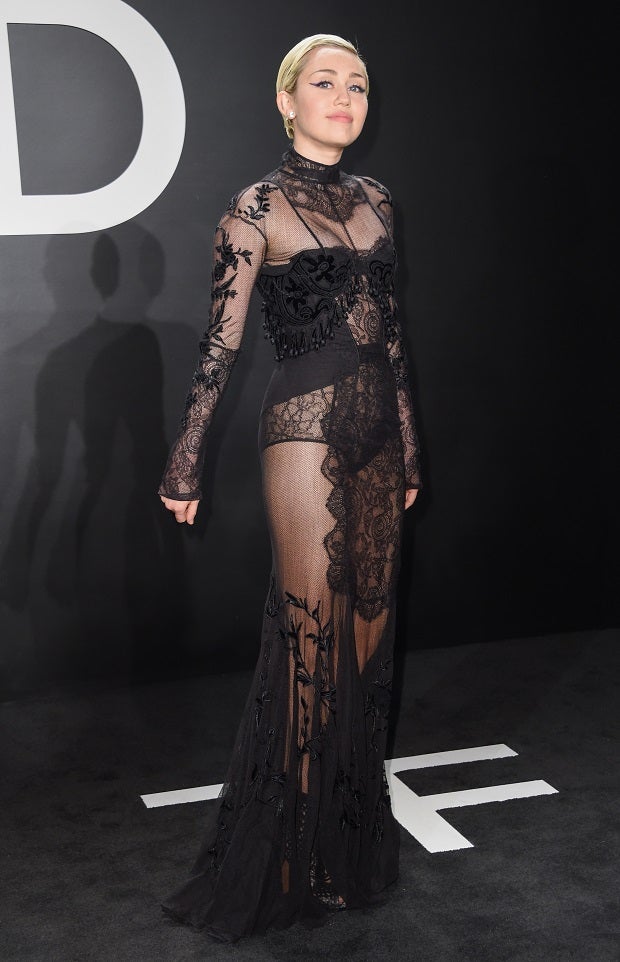 LOS ANGELES, United States — Hollywood took its collective gaze off itself and shifted it to fashion Friday night as designer and director Tom Ford staged an eye-popping show rivaled by the starry makeup of the audience.

In a display of celebrity that gave a hint at what is to come on Sunday’s Oscar red carpet, the staging of Ford’s autumn/winter womenswear collection drew superstars from every genre: There was Beyonce and Jay Z, Jennifer Lopez, Anna Wintour, Gwyneth Paltrow, Scarlett Johansson, Amy Adams, Julianne Moore, Elton John, Aaron Rogers with girlfriend Olivia Munn, Magic Johnson, Naomi Campbell . and that was just for starters.

“It was beautiful and it was so nice that he brought his presentation to Los Angeles because he has so many fans here and he’s about to start his next movie and we’re just thrilled to have him as part of our community,” Reese Witherspoon told The Associated Press after the show.

The Oscar-winner, up for another on Sunday for “Wild,” added: “He’s a huge part of Hollywood and it influences fashion, and fashion influences Hollywood so it’s great to have someone of his stature in the fashion world presenting.”

Ford, a fashion titan who made his directorial debut in 2009 with the film “A Single Man,” hadn’t done a show in Los Angeles before; he normally shows in London during their fashion week but decided to present in the city he calls home. It was his first show for his own label (he used to be the chief designer for Gucci and Yves Saint Laurent).

While Hollywood celebrities help set the fashion trends, it’s New York, Paris and other cities that are normally the spotlight for the fashion industry. Perhaps that’s why — besides the allure of Tom Ford — the show at Milk Studios had such weight with Hollywood heavyweights. Other stars who were on hand included Jared Leto, John Legend, Fergie and husband Josh Duhamel, Angelica Huston, Molly Sims, Tracee Ellis Ross, Sofia Vergara and fiancé Joe Manganiello and Armie Hammer.

Ford did not disappoint when his moment arrived. The runway was decorated with pale pink petals, and at one point during the show, they cascaded from the ceilings onto the models walking the runway, which seemed gigantic in length.

And the clothes wowed. The collection was both funky and elegant, exquisite and bold. There was denim, leopard prints, puffed sleeves, crushed velvet and funky prints, as well as elegant gowns with dramatic designs and outfits with sheer cutouts. There were fur coats, dresses with fringes, and mixed materials, including a skirt blended with blue denim and leopard fur material.

Miley Cyrus called it beautiful. Naomi Campbell gushed about the mixed material dresses. And Jennifer Lopez already had her eye on at least two of the stunning pieces from the show.

When asked what made the night special, Lopez said: “It’s just about the glamour, right?”

And on that night, it was all that mattered.

Anne Curtis, Georgina Wilson and Julia Barretto get into the wild