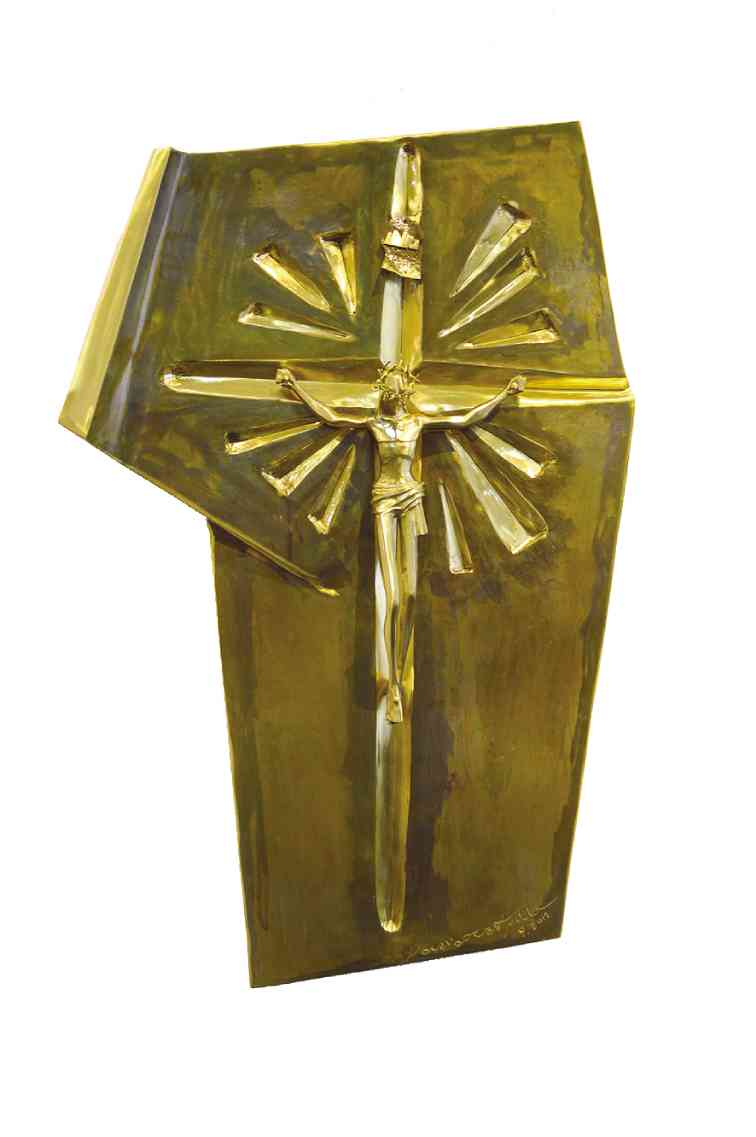 Unknown to many, monuments-builder Eduardo Castrillo also does smaller works, usually for his family. A testament to his faith, these works are very often Catholic symbols, such as the crucifix.

Inspired by the recent visit of Pope Francis, and in time for Lent, Castrillo presents these crucifixes in a unique exhibition, “Crucifixus,” starting Feb. 26 at Galerie Joaquin in San Juan, Metro Manila.

As an artist, Castrillo needs no introduction. One is reminded of a saying by English architect Sir Christopher Wren: “If you seek his monument, look around you.”

Indeed, it is difficult to travel around Manila and not run into one of Castrillo’s imposing brass or bronze works.

Born in 1942 in Santa Ana, Manila, and a product of University of Santo Tomas, Castrillo comes from a family of craftsmen.

His father, Santiago, was a master jeweler whose techniques eventually formed the crux of his son’s metalworking techniques.

Fashioning jewelry from metal sheets, the elder Castrillo taught his son the use of pliable metal for mold, an ancient technique, it turned out—for precolonial artifacts from Surigao have shown that ancient Filipinos were already working with metal sheets to make funeral masks.

Combining abstracted forms with the figure of Christ, the works in brass and bronze in his new exhibit praise the majesty of the Crucifixion. The cross is displayed in a variety of ways—such as connected oblong rings, and hollowed brass molds.

These works can be used as altarpieces, or they can be left as stand-alone works of art by a seminal artist of the Modernist generation. Eduardo Castrillo’s “Crucifixus” stands as one man’s journey to the divine.

Exhibit will run until March 11.