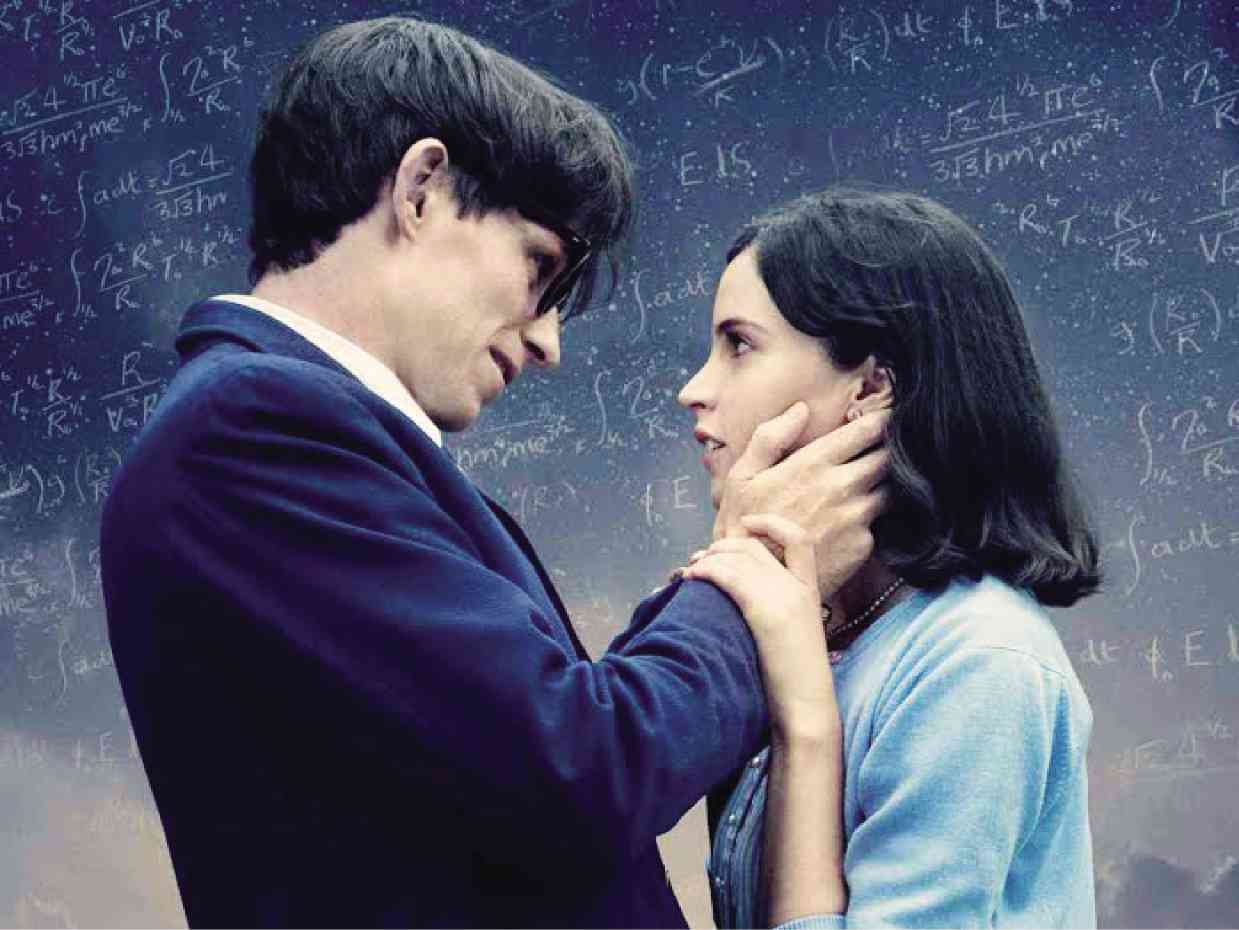 Physics, sickness and love in Oscar nominee ‘Theory of Everything’ 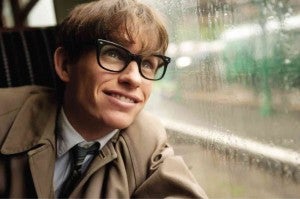 Directed by James Marsh, “The Theory of Everything” is based on “Travelling to Infinity: My Life with Stephen” by Jane Wilde Hawking, which focuses on the author’s relationship with her ex-husband, the famous theoretical physicist Stephen Hawking, and his motor neuron disease.

In 1963, Stephen Hawking (Eddie Redmayne) , a cosmology student at the storied UK university Cambridge, is determined to find a “simple, eloquent explanation” for the universe. His own world opens up when he falls deeply in love with an arts major and fellow Cambridge student Jane Wilde (Felicity Jones). However, life takes a different turn when at the age of 21 he receives the news that he has motor neuron disease.

Despite Hawking’s condition, Jane’s love comes through for them and the duo eventually weds. With his new wife fighting tirelessly by his side, Stephen refuses to accept his diagnosis. Jane encourages Stephen to finish his doctorate, which would involve work on his initial theory of the creation of the universe.

They start a family, and with his newly earned and widely hailed doctorate, Stephen embarks on his most ambitious scientific work. As his body faces more limits, his mind continues to explore the outer limits of theoretical physics.

Together, he and Jane defy impossible odds, breaking new ground in medicine and science, and achieving more than they could ever have dreamed well into the 21st century.

Redmayne, who has been nominated for an Oscar for his performance in the film, said that when he read the script he was astonished by what Hawking had gone through.

“It was one of the most inspiring things I’d ever read,” he said. Stephen Hawking is an icon of hope. But this movie is also about the human being behind the icon. When we meet him in this story, he is 21, and so vibrant and athletic. He goes on to live a full life with a twinkle in his eye, and continues to do so. There are different sides to him: the wit, the brilliance, the stubbornness… I got the impression that he had a rock star personality.”

In further researching the subjects’ lives, Redmayne learned that the professor came from a solidly intellectual family, while Jane Wilde’s decision to pursue an academic career was still considered a brave choice for a woman back in the 1960s.

“They were very different people, both extraordinary yet polar opposites,” he said. “The idea of two human beings completing one another and defying all the odds I found compelling and oh, was it romantic!”

“Jane discusses in her book how Stephen had incredibly expressive eyebrows,” Redmayne said.

“That was something I spent months in front of a mirror working on.” 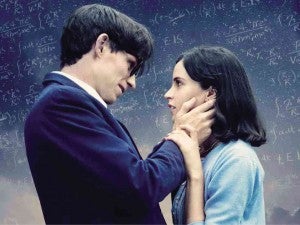 Screenwriter and producer Anthony McCarten has long been fascinated by Hawking, in particular the time and effort it took for the severely physically compromised man to write his seminal book.

“He has illuminated physics for the world, and there is a sense of the profound in all his work,” McCarten said. “That was enhanced by Stephen’s own physical situation, which only allowed him to compose his communications at the agonizing rate of one word per minute. His mind continued to open up one frontier after another in relentless exploration, so he was contracting yet also expanding which was apt for a man whose life is devoted to studying the universe.”

Aside from best actor, the movie has received Oscar nominations for best picture and best actress for Felicity Jones.