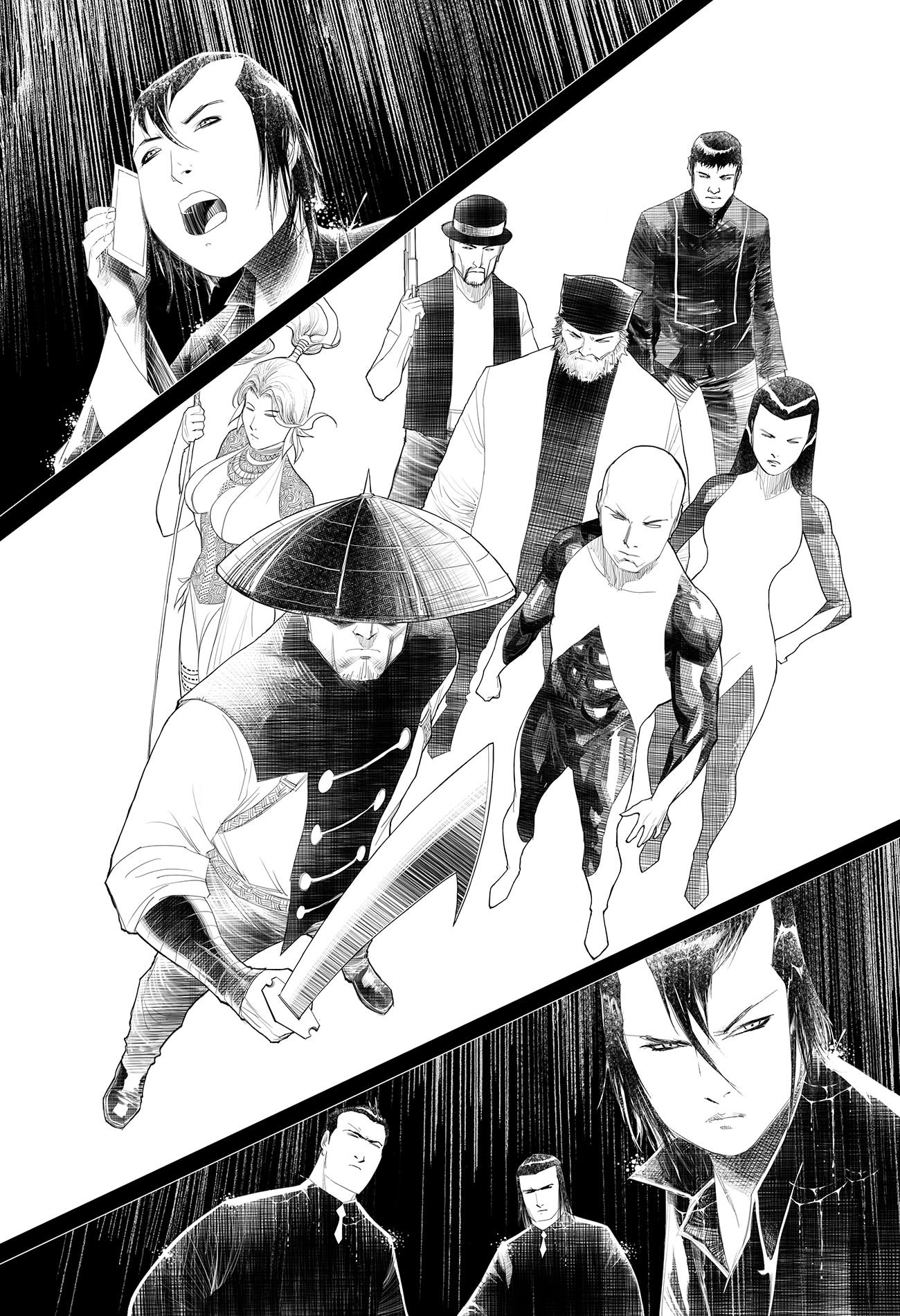 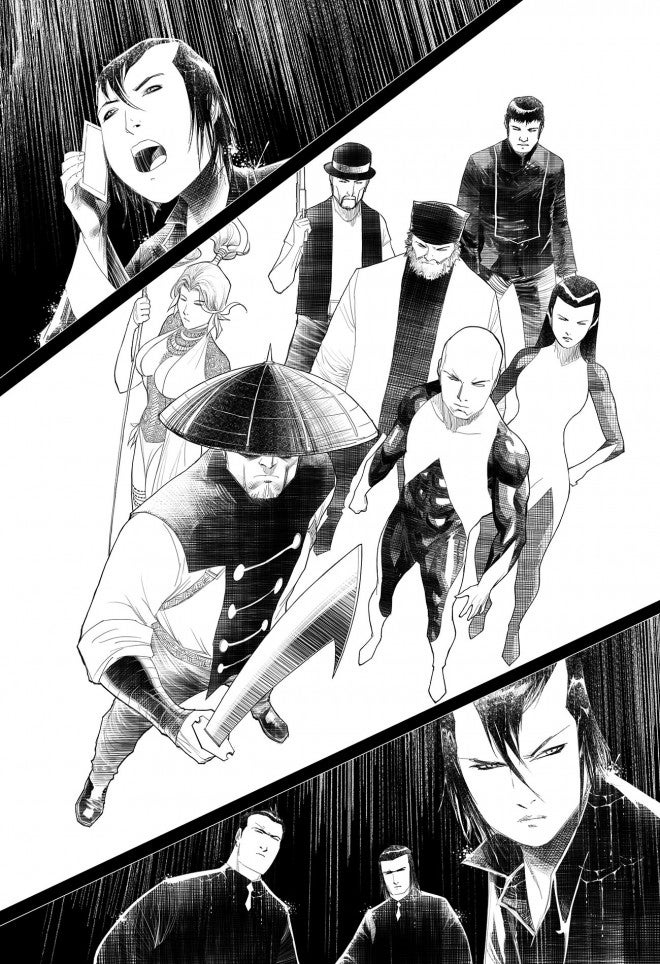 The fanatical followers of the critically acclaimed and commercially successful “Trese” always look forward to the latest volume of this supernatural investigation comic book series by writer Budjette Tan and artist KaJo Baldisimo.

After its single-issue origins in 2005, five “Trese” collected volumes from publisher Visprint Inc. came out from 2008 to 2012 to mystically good sales. But the series’ sixth volume, expected to be released in late 2013, was nowhere to be seen.

The year-long delay was due to various factors. Tan and Baldisimo are sanguine about those. “Me and Kajo really wanted 2013 to be The Year of Trese,” Tan explains. They were hoping to release three “Trese”-related titles that year.

“Stories from the Diabolical,” a collection of illustrated stories based on the protagonists’ bar/base of operations, and “Trese: Book of Murders,” a hardcover collecting the three first “Trese” books, were, indeed, published by Visprint in 2013, but “Trese 6” was not.

Tan says his late script and Baldisimo’s unearthly workload caused the delay. “I can’t draw fast enough and there are paid projects that needed to be prioritized,” Baldisimo admits. “Of course, we felt bad every time a Komikon or book event would happen and we still weren’t finished,” Tan says.

They wanted to spend quality time to make sure the book would be good. “Me and Kajo decided it would be okay to delay the release of the book so that we’d be able to devote more time to doing the finishing touches and make sure we were going to release a book that we were proud of,” Tan says.

The extra effort is evident. “Trese 6: High Tide at Midnight” is the series’ biggest adventure yet. The earlier books basically featured episodic one-and-done stories where paranormal investigator Alexandra Trese and her Kambal bodyguards would solve bizarre crimes in the dark Metro. But “High Tide” features a sweeping, single adventure over several stories.

Tan says the approach differs on what the story requires: “The long story arc allows us to reveal more about Trese and her family, expand her universe, establish a bigger threat and have a bigger battle in the end.”

“High Tide” is also the bloodiest “Trese” book yet, opening with humans being murdered by the malevolent sea creatures called Taga-Dagat, an incident that continues throughout the book. In trying to put a stop to the Taga-Dagat threat, Trese finds that she needs more people to help her.

“High Tide” introduces (or reintroduces) a group of like-minded characters who would stand with Trese against the growing, bloody surf, led by Trese’s brother Carlos, also known as Verdugo.

Essentially a “Justice League of Trese,” the heroes coming together here are either the protagonist’s family or friends lending their hands or weapons to help defeat the vengeful Verdugo, the Wind assassin Seepul, the metalworker Metalero, the Tikbalang Maliksi, water wonders Dolf and Ting, the metal-armed Bantay, and barkeep Hank.

It’s the first time “Trese” has featured such a diverse and dynamic group to support the trio of Trese and Kambal. “As the threat of Taga-Dagat became bigger, I thought of giving Verdugo his own ‘death squad’ to aid them in battle,” Tan reveals. “Inspired by the typical recruitment scenes in ‘X-Men’ comic books, I did my own version when I needed to show Verdugo putting together his team.”

Baldisimo loved illustrating the super group. “I enjoyed drawing up to 10 characters or more in one panel,” he says. “It took longer to finish but the resulting effect was satisfying.”

Tan says readers will most likely see Verdugo’s “death squad” again in the future, but not immediately: “We’ll shift the spotlight and introduce Trese’s other brothers in the next issue.”

The battle in “High Tide” rises to an ambitious, action-packed climax of violence and conspiracy. It’s a new high point for the popular title.

But behind everything are the machinations of the series’ new big bad, introduced in the previous volume. The coiffed, butterfly-sleeved Madame is powerful and familiar—she is clearly based on former First Lady Imelda Marcos.

Tan says he had long wanted a worthy archmesis for Trese. He found it after having attended Carlos Celdran’s “Imeldific” tour and read Yvette Tan’s short story which featured a spooky version of Imelda Marcos.

“I needed someone who could outsmart her, outmaneuver her, who had more connections to the city, someone who loved the city more than her and was willing to do anything, absolutely anything to make it better,” Tan explains. “The Madame is probably a mash-up of ‘Daredevil’s’ Kingpin and Loki.”

Just as Tan has twisted and turned stories into the right kind of “Trese” tales, Baldisimo has gotten more obsessive in his quest to get the intricate black-and-white images just right.

“Every ‘Trese’ book I finish, I review to look for improvements and implement them in the next book,” he says.

Tan and Baldisimo’s ever-expanding, dimly-lit world reaches a new level with the desperate, engrossing struggle at the heart of “Trese 6: High Tide at Midnight.”

Tan and Baldisimo have begun discussing the seventh volume of “Trese.” “We will try our best,” Tan says of releasing a new volume before the year ends. This is, after all, Trese’s 10th anniversary.

“We will be taking our time, and book 7 will come at the right moment. Budj and I have talked about book 7 and some bits of 8 and 9 over coffee,” Baldisimo reveals. “All I can say is, I really can’t wait for his scripts. I’m just as excited as every Trese fan out there.”