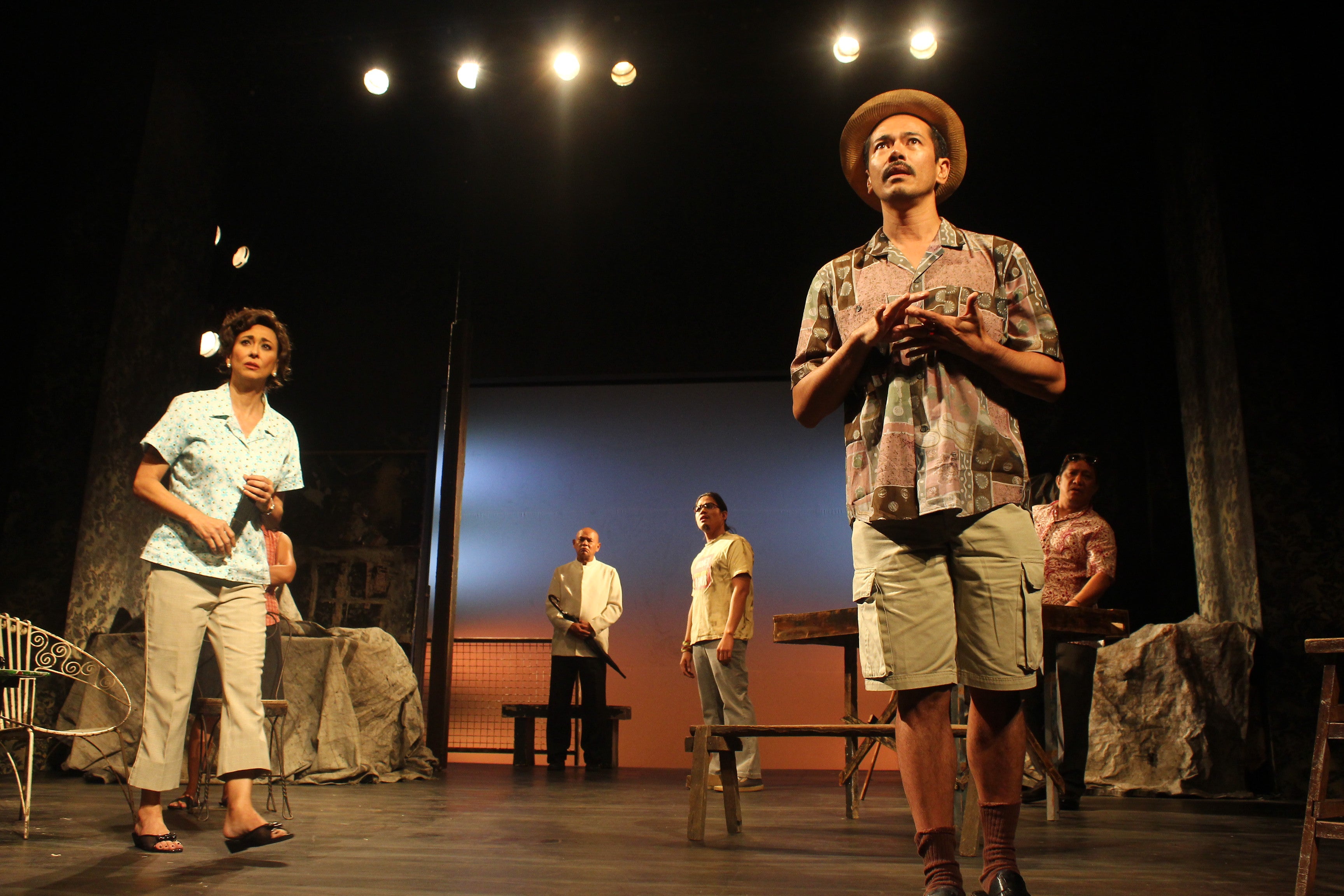 QUEZON CITY, Philippines—Critically acclaimed veteran film and television actress Cherie Gil has built for herself a sparkling repertoire, playing women of opulence and strong character since she began her career in the 80’s.

Who can forget her portrayal of wicked stepsister proportions in the 1985 sineserye “Bituing Walang Ningning” as the driven Lavinia Arguelles famous for the “you’re-nothing-but-a-second-rate-trying-hard-copy-cat” bitchy one-liner, or her more recent appearance in “Temptation of Wife” as the ruthless mother-in-law, Stella Salcedo. But apart from her villainous reputation on Filipino soap operas, is a likewise— if not more— illustrious career on the theater stage.

Gil was recently lauded as the show-stopping Liliane Lefleur in the five-time Tony Award winning musical, “Nine;” restaged by Atlantis Productions. In 2013 she captured the essence of fashion doyenne Diana Vreeland in a solo show for Actors Actors Inc., and My Own Mann Productions titled “Full Gallop.”

But it was in her memorable first portrayal in Terrence McNally’s “Master Class” as Greek-American soprano Maria Callas, that she was eyed by New York-based director and designer Loy Arcenas for the lead in what would become “Arbol de Fuego.”

Says Arcenas, “I first saw Cherie Gil magnificent on stage as Maria Callas in Terrence McNally’s ‘Master Class’… [meanwhile] ‘Cherry Orchard’ was slowly becoming an interesting dream and whenever I would bump into Cherie, I would tell her that she [would] make a great Ranevskaya, the matriarch in “The Cherry Orchard” and we would laugh about it. So when the Peta offer came about, Cherie had to be Madame Enriquietta Jardeleza-Sofronio.”

“Arbol de Fuego” is Gil’s major role with Peta (Philippine Educational Theater Association) and first Filipino stage production. She shares that she is equally excited and anxious in this albeit fulfilling undertaking; also noting that her mother Rosemarie Gil has also acted for Peta in the past.

“To be a part of a Peta production,” she says, “is possibly the most important project I have been involved with in my 36-year career”. She adds, “To be able to work with such a formidable company, and in Filipino at that, would have been an opportunity too hard to pass up as an actor; a challenge such as this would truly help me develop my body of work.”

Gil took to the character immediately, saying she is especially fond of playing strong women with their own vulnerabilities.

She says, “No other material has affected me as deeply. As grueling a ride it may have been, it certainly gave me fresh insight into this third chapter of my life.” When asked about similarities between her and her character, jokingly quips “we are both bipolar.”

Jokes aside, “she lives in her own illusion,” Gil adds.

“Arbol de Fuego” is a reimagining of Anton Chekhov’s “The Cherry Orchard.” The comedy-drama, adapted by multi-awarded playwright Rody Vera, is set in 1970’s Negros Occidental, during the Marcos era sugar monopoly when many Negrense sugar barons and aristocrats stood helpless in their decline.

Matriarch Enriquietta Jardeleza-Sofronio— sophisticated, well read, and highly emotional— comes back from a lengthy stay in Madrid, grieving the death of her only son.

After having squandered the family’s money abroad, she finds out of the plans to sell her ancestral estate, and chop down the rows of arbol de fuegos that frame it. She refuses out of pride and instead throws party after lavish party to reminisce about her opulent past in an effort to forget her depleting wealth.

“Arbol de Fuego” boasts of a stellar cast. Alongside Cherie is Urian best actress awardee Angeli Bayani plays Charito, Enriquetta’s adopted daughter who takes care of the estate while they are away.

Catch Gil in “Arbol de Fuego;” a truly Filipino production that is not to be missed!