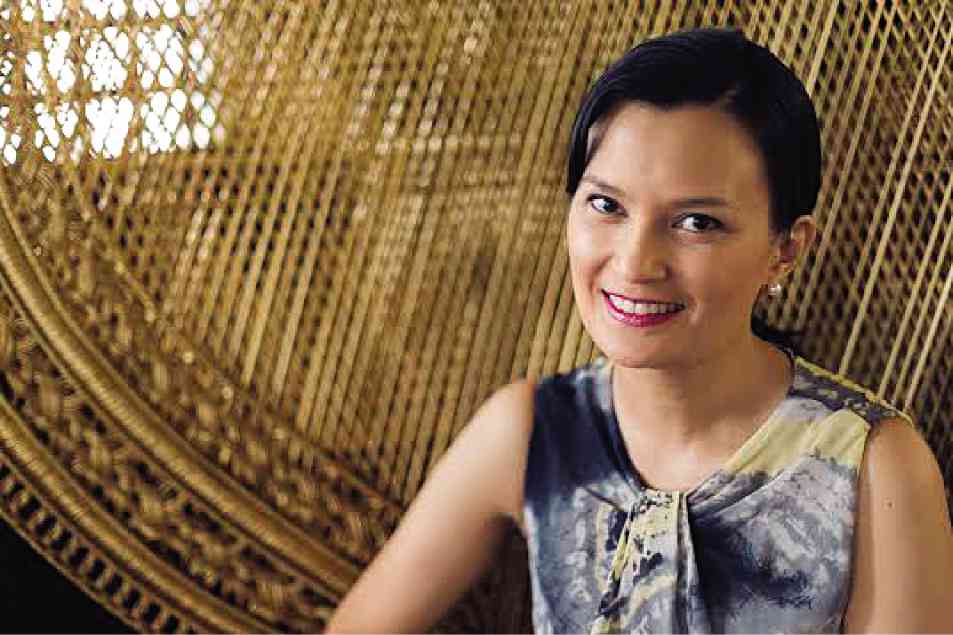 The desk tray printed with hummingbirds sits atop the Kenneth Cobonpue “Amaya” coffee table, its cool turquoise shade a gentle counterpoint to the glass, abaca and steel. Neatly stacked on it are design books, knickknacks and a fragrance diffuser from the lady of the house’s collaboration with a popular retail brand.

A tote of the same hummingbird design rests on a bench on the hallway leading to the master bedroom and home office, the peppy shade a contrast to the austere brown tones of the 1960s traditional Filipino house.

On the homeowner’s desk are journals, pens and notepad holders in three floral designs, in the same color motif as the hummingbird: blue and pink. They’re all from her just-launched stationery line for National Book Store (NBS), and inspired by the efflorescent names of her three daughters.

If you ask Daphne Oseña Paez what her brand is about, don’t expect to hear some contrived, eye-roll-inducing narrative. “It’s whatever I like,” she says. And what she likes is typically feminine and pretty, which her stationery line is, as her namesake chairs were (“nostalgic dollhouse,” as Vogue Italia described the latter).

When NBS approached her 18 months ago, Paez says she didn’t hesitate. She felt that it was the natural progression of her eponymous brand, which has already created a line of linens (with Linens Direct), home scents (with Bench), jewelry and furniture.

“When I registered my brand, Daphne, I didn’t know what it was,” the TV host, producer, blogger and entrepreneur says with a laugh. “I mean, I’m not a branding or marketing expert. I was never prepared for it. But when I started pursuing business with the Daphne brand, I felt that it had to be represented with something physical.”

She relaunched her blog, daphne.ph, and created a logo and color palette, with the help of graphic designer Isabel Gatuslao, who also put life to her design ideas for the NBS line. “I draw and I paint, but I don’t know graphic design,” says Paez. 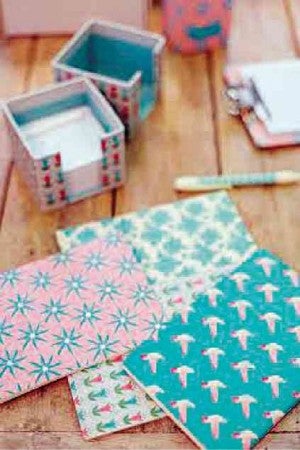 Consistent with her aesthetic, she wanted her school-and-office-supplies line to look feminine and, yes, affordable. “The thing with partnering with big retailers is you’re able to manufacture more and lower the price,” she says.

The vintage rose design is hand-drawn and rendered in turquoise “so it’s not over-feminine,” says Paez. The lily is stylized and Scandinavian in feel. The daisy (“margarita” is Spanish for “daisy”) is hand-painted and also stylized.

“Isabel surprised me with the hummingbird,” says Paez. “I’ve never written or talked about it, but I have been collecting [images of] hummingbirds for a long time. I take pictures of them. I really love them. In Canada (where Daphne grew up), we have a hummingbird feeder.”

The graphic artist told Paez she thought the bird represented the TV host, because it’s “like a messenger,” a compliment that embarrassed her. For Paez, who’s also the Unicef special advocate for children, the hummingbird—one of the smallest of the bird species, but strong and fast and can even fly backward—represents her father, a helicopter pilot. They’ve called the hummingbird style “Messenger.” The Daphne NBS collection also includes cosmetic pouches, desk organizers, binders, clipboards, expanding envelops and dry-erase boards. Some of the items come in sets and are available at NBS branches.