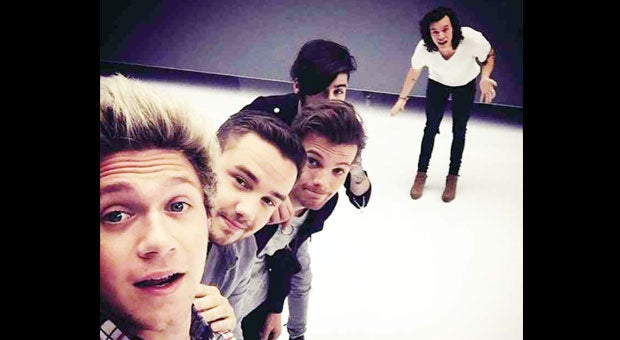 It’s a sizzling month, and not just because summer has arrived. If the casino business in the country is on the upswing, the concert scene will perhaps be at its busiest in the next several days—with at least three major international acts due to perform in Manila a few nights apart from each other.

British singer-songwriter Ed Sheeran—whose album “x” (read as “multiply”) shot to No. 1 in the UK and Billboard charts only some months back—is booked for March 12 at SM Mall of Asia (MOA) Arena.

The British-American folk-rock trio Crosby, Stills and Nash (CSN)—which, with occasional member Neil Young, was once heralded as a supergroup that espoused political activism—plays on March 16 at Smart Araneta Coliseum.

The five-member English-Irish boy band One Direction—which holds the distinction of having all its four albums debut at No. 1 on the Billboard chart—will have two gigs on March 21 and 22 at MOA open grounds.

At peak of popularity

It is quite remarkable that the managers of Sheeran and One Direction signed their artists to play in Manila at the peak of their popularity. Credit for snagging the deals goes to Music Management International (MMI), a talent-buying agency and concert promotion office run by Rhiza Pascua, a Filipino now based in the United States.

But the force behind Pascua are an increasing number of Pinoy entrepreneurs, some of them young, ardent music fans, who actually bankroll the concerts along with their business partners.

Another Filipino, Manila-based Renen de Guia, is now the country’s biggest concert promoter by virtue of having mounted the most number of gigs featuring top international artists. De Guia’s company, Ovation Productions, has produced these shows on its own and in partnership with private individuals or groups.

MMI and Ovation are teaming up with Futuretainment, a group headed by actor-restaurateur Marvin Agustin, to stage the One Direction gigs, which are expected to attract a massive crowd by the tens of thousands on each of the two nights.

Sold out since Oct.

Meanwhile, One Direction’s Facebook page has indicated that tickets to its March 21 show at MOA open grounds have also sold out.

As for CSN, its longtime Filipino fans have been posting photos of their purchased tickets to the Big Dome gig.

Other notable acts lined up for concerts this week and next month are American rock band Incubus on March 13 at MOA Arena (also produced by Ovation); and Irish pop-rock trio The Script, April 17, MOA Arena.

Perry, an exciting performer whose Super Bowl XLIX half-time show on Feb. 1 gave her maximum media exposure to more than 114 million TV viewers worldwide, has played in Manila twice. But this time her concert’s venue is at the newly opened Philippine Arena in Bulacan province.

It would be a test for the concert promoter, said to be a new company formed by Globe Telecom, to fill up the more than 50,000 capacity of the venue.

Smith, currently the darling of soul and R&B music fans, is performing at MOA Arena on the heels of his string of victories for best new artist, record of the year and song of the year (“Stay with Me”), and best pop vocal album (“In the Lonely Hour”) at the 57th Annual Grammy Awards.