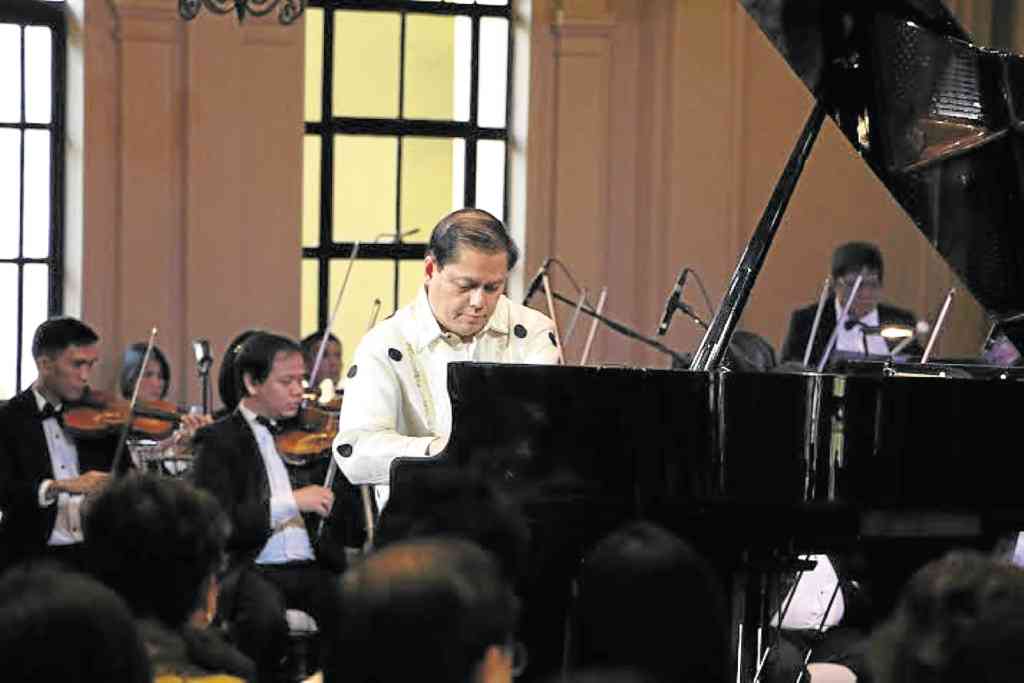 Pianist Raul Sunico has again made a triumphant “first”: He performed three concertos written by a single composer all in one program.

At the National Museum of the Philippines, Sunico, with the Philippine Philharmonic Orchestra under conductor Herminigildo Ranera, awed Manila’s music lovers with his performance of Tchaikovsky’s three piano concertos—No. 2 in G major Op.44; No. 3 in E flat major, Op. 75; and the more popular No. 1 in B-flat minor, Op. 23, played in that order.

Earlier, Sunico had performed a similar feat—performing Rachmaninoff’s four piano concertos also with Ranera, resident conductor of the PPO and principal conductor of the University of Santo Tomas Symphony Orchestra. Ranera is a faculty member of the UST Conservatory of Music where Sunico is also dean.

The Asian Institute of Management presented Sunico’s Tchaikovsky feat as part of a fund drive for the benefit of the AIM-Felipe B. Alfonso President’s Fund. The fund is “envisioned to enable the institute to undertake special activities and programs that would achieve its vision of leadership,” said AIM president Steven J. DeKrey.

The all-Tchaikovsky program opened with a sterling performance of the “Polonaise” from the composer’s opera “Eugene Onegin” that rightly set the mood for more listening.

It somewhat balanced the less engaging second concerto that the pianist nonetheless rendered with aplomb.

The third concerto reeled off in the second part of the program that was capped by the ever-popular and passionate first concerto.

Intelligently, the pianist had paired the works quite effectively to ensure focused listening. And the result was amazing. By the last concerto, the audience’s appetite had already been whetted for marvelous listening.

Against the bouncy, amplified sound of the orchestra, pianist Sunico stood undaunted. He cut an imposing presence and revealed quite a fantastic memory of playing all the concertos in one sitting. He stood cool and concentrated, and forged a solid tandem with conductor Ranera.

He warmly essayed the cadenza of the first movement, a moving second movement, and a towering third movement that altogether revealed his virtuoso caliber. Indefatigably, he surged through the last concerto with undiminished stamina to underscore the concerto’s arresting thematic materials, its wide range of tone, rhythmic vitality and brilliant climactic effect.

A standing ovation greeted the performance in the end. Sunico has scored another historical milestone.

He surged through the work with dynamic power and absorbing sensitivity. His tandem with conductor Arturo Molina was impeccably held. He essayed with lucid vitality.

Perhaps to make up the work’s lack of melodic charm, he played in tandem with the orchestra for an encore the familiar 18th variation of the composer’s “Rhapsody on a Theme by Paganini.”

Brief but refreshing, the rendition chilled the audience’s spine. In the end, the applause was deafening.