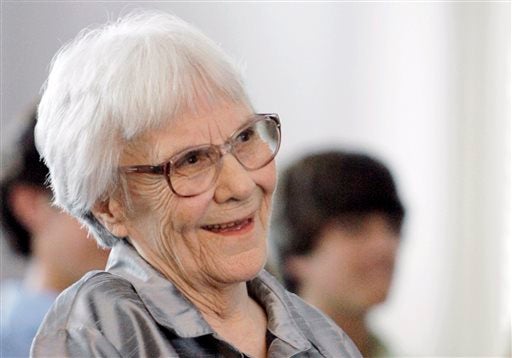 In this Aug. 20, 2007, file photo, "To Kill A Mockingbird" author Harper Lee smiles during a ceremony honoring the four new members of the Alabama Academy of Honor, at the state Capitol in Montgomery, Ala. AP

NEW YORK — Harper Lee’s literary agent says he was “surprised” that his client was believed a victim of elder abuse and asserted “categorically” that she was in “full possession of her mental faculties” and “delighted” about this summer’s publication of her second novel.

The statement from Andrew Nurnberg was issued Friday through Lee’s publisher, HarperCollins. Speculation about the 88-year-old author has been ongoing since last month’s stunning announcement that Lee had approved the release of “Go Set a Watchman,” her first book since “To Kill a Mockingbird.” Lee has rarely spoken to the press over the past 50 years and had apparently long resigned herself to never publishing again.

“We have had wonderful discussions ranging over many subjects from the state of contemporary politics to University life in England,” said Nurnberg, one of the few people connected to the book’s publication who has met in person with Lee at the assisted-living facility in her Alabama hometown of Monroeville, the inspiration for “Mockingbird.” “The fact that she is hard of hearing and suffers from some macular degeneration (entirely common for someone in their late 80s) has no bearing whatsoever on her quick wit or of speaking her mind on all manner of things.”

State investigators in Alabama have looked into whether publishing “Go Set a Watchman,” scheduled for July 14 and highly in demand as a pre-order, involved financial fraud. She answered questions to the satisfaction of the Alabama Securities Commission and that part of the inquiry was closed, a state official said Thursday. The status of the larger investigation by Alabama’s Department of Human Resources is unclear.

According to HarperCollins, a complete manuscript for “Go Set a Watchman” was discovered last year by Lee’s attorney, Tonja Carter. The novel is a sequel to “To Kill a Mockingbird,” set 20 years later, but was completed before her classic story of racial injustice in 1930s Alabama. Lee scholars have been skeptical about the book’s quality and by its sudden appearance. HarperCollins has called the novel “a compelling and ultimately moving narrative about a father and a daughter’s relationship, and the life of a small Alabama town living through the racial tensions of the 1950s.”