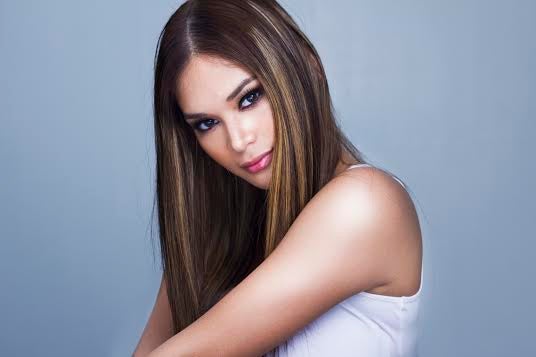 Bb. Pilipinas Universe is Inquirer Lifestyle’s own, a best friend

MANILA, Philippines–Not known to many in the Inquirer newsroom, a future Binibining Pilipinas has been working occasionally on the fourth floor studio of the Inquirer building, doing fashion and beauty shoots for the 2bU section.

Pia Alonzo Wurtzbach would do her work quietly, sometimes for long hours, and would go down sometimes to the editorial office to greet the Lifestyle staff. She would usually be in a T-shirt and cropped pants.

No, she didn’t stop the press, so to speak. She was too low-key about her work to make heads turn.

Yet those long hours she put in as 2bU contributor and stylist spoke a lot about the persevering character of this 25-year-old beauty, who was crowned 2015 Miss Universe Philippines last Sunday at Smart Araneta Coliseum.

It was Pia’s third consecutive year to join the prestigious beauty pageant—and her commitment to it also showed such tenacity and perseverance.

My phone rang at 4 o’clock early Monday morning, and it was my photographer friend who woke up to answer it. It was Pia. Just a few hours earlier she had been crowned Binibining Pilipinas-Universe 2015.

“JJ! We won!” were the first words I heard from her.

“I know,” I replied in my you-woke-me-up-but-I’m-so-excited-to-hear-you voice.

I was touched by the gesture—she is the type who does not forget the people who see her as just Pia. Beneath that glamour is a girl who loves makeup and Japanese food, is an avid gamer, a nerd, and a girl who wasn’t ashamed to cry when she entered Disneyland for the first time last year—Tokyo Disney Sea, to be more specific. Pia is so into PlayStation (Final Fantasy, Kingdom Hearts, Marvel vs Capcom).

I wasn’t able to watch her live in Binibining Pilipinas 2015 since I was out of town for a fashion shoot. But I knew she would understand my not being at Smart Araneta. After all, in the last three years I have known her, I have been with her through the many highs and lows of her preparation for this victorious moment.

Pia Wurtzbach is more than just a beauty queen. People love her because she is approachable and easy to connect with.

There was the time she went out of her way to drive all the way to Alabang from her place in Cubao to teach hair and makeup tips to the San Beda Alabang high school cheerleading squad.

“I loved how she was able to reach out to my girls and connect to them easily,” said their coach Ajjie Mendelebar.

“She came in with no makeup, and she put on her makeup and fixed her hair as she went along the talk, and she transformed into a beauty queen in an instant,” he added.

“Pia is bigger than pageants,” said Filipino-Australian pageant aficionado Peter Sereno—not just because nonpageant fans like her, but also because she has the potential to do other things. That is why as a friend, I, too, was scared about her joining Binibining Pilipinas for the third time.

But I have to admire her being a fighter and a go-getter. She was dead-set on joining again; it was risky, many admit. But she just wanted to prove something. And she finally did.

Her father, Klaus Uwe Wurtzbach, was German (he passed away last year) and her mother is a retired Filipino nurse based in London.

Pia was a Star Magic talent, during which she dabbled in acting and performing. She also studied Culinary Arts at the Center for Asian Culinary Studies with chef Gino Gonzalez, and worked in the culinary industry in London when she lived there briefly.

Her willpower is uncanny; while we were all enjoying our food binge when we went to Tokyo for a vacation, she opted to skip the sushi and tonkatsu and ate greens most of the time.

But she is also the type who is open to learning new things. When I asked her if she wanted to be 2bU’s beauty writer and stylist, she was pretty psyched up about it. She focused on beauty, from hair to makeup, and turned it into her expertise.

She also learned how to mount shoots.

“People need someone who is accessible, someone who is meant to be the embodiment of the ideal woman—a woman who celebrates not just her looks, but her confidence in knowing that she has a brain to match,” Sereno added.

And my best friend is someone who certainly fits the bill.