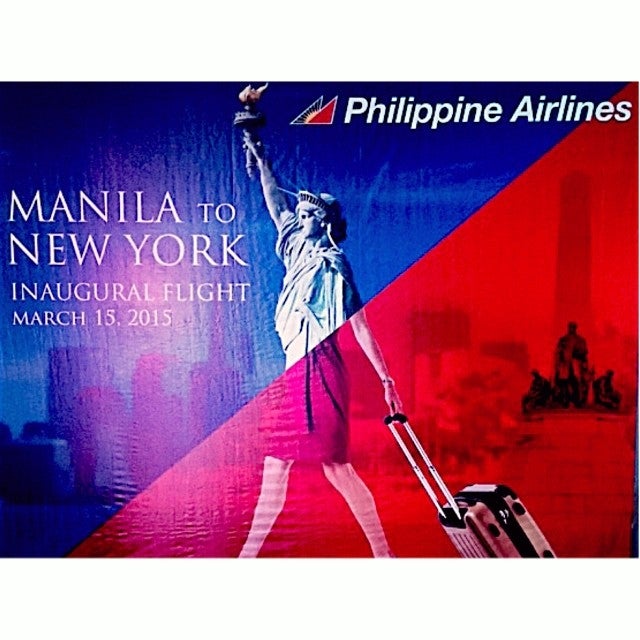 After 18 years, the milestone that was Philippine Airlines’ (PAL) inaugural flight back to New York was quite an exhilarating experience.

It was wonderful to have arrived in the morning; our entourage got to enjoy breakfast. I was even able to have lunch and do some catching up with friends in the Big Apple.

Compared with a previous trip, the jet lag was bearable. After getting tired roaming the city on the first day, it was not difficult to fall asleep and wake up early the next day.

On the plane, the PAL crew and staff demonstrated the famous homegrown trait of Filipino hospitality—to the point that I ate two servings of the yummy arroz caldo. There were also some tasty sardines, which were a perfect match with pan de sal. I felt very spoiled in the sky.

And then, of course, there was PAL’s legendary smooth landing. Frequent PAL flyers are used to this, but since taking a different carrier prior to this flight, I thoroughly appreciated the PAL landing style and technique; there was a sense of calmness and confidence that all passengers were in good hands.

The Manila-New York flight via Vancouver was really a homecoming—a resumption of the old route that stopped 18 years ago.

“This is exciting news for East Coast travelers who now have access to convenient flight options to Manila,” said Mitchelle Dy, director of the Philippine Department of Tourism (PDOT) in New York.

“Additionally, travelers can connect seamlessly to many of our tropical island vacation paradises throughout Central Philippines, such as the eco-pristine island of Palawan, ancient Cebu City capital or the world-renowned beach party island of Boracay,” Dy added.

The flight will be offered four times a week (New York-Vancouver-Manila), which adds up to 9,000 miles and about 16.5 total flying hours. It is now PAL’s fifth gateway in the US, following Los Angeles, San Francisco, Honolulu and Guam. Airbus A340-300 jets are used which offers 36 business-class and 218 economy seats.