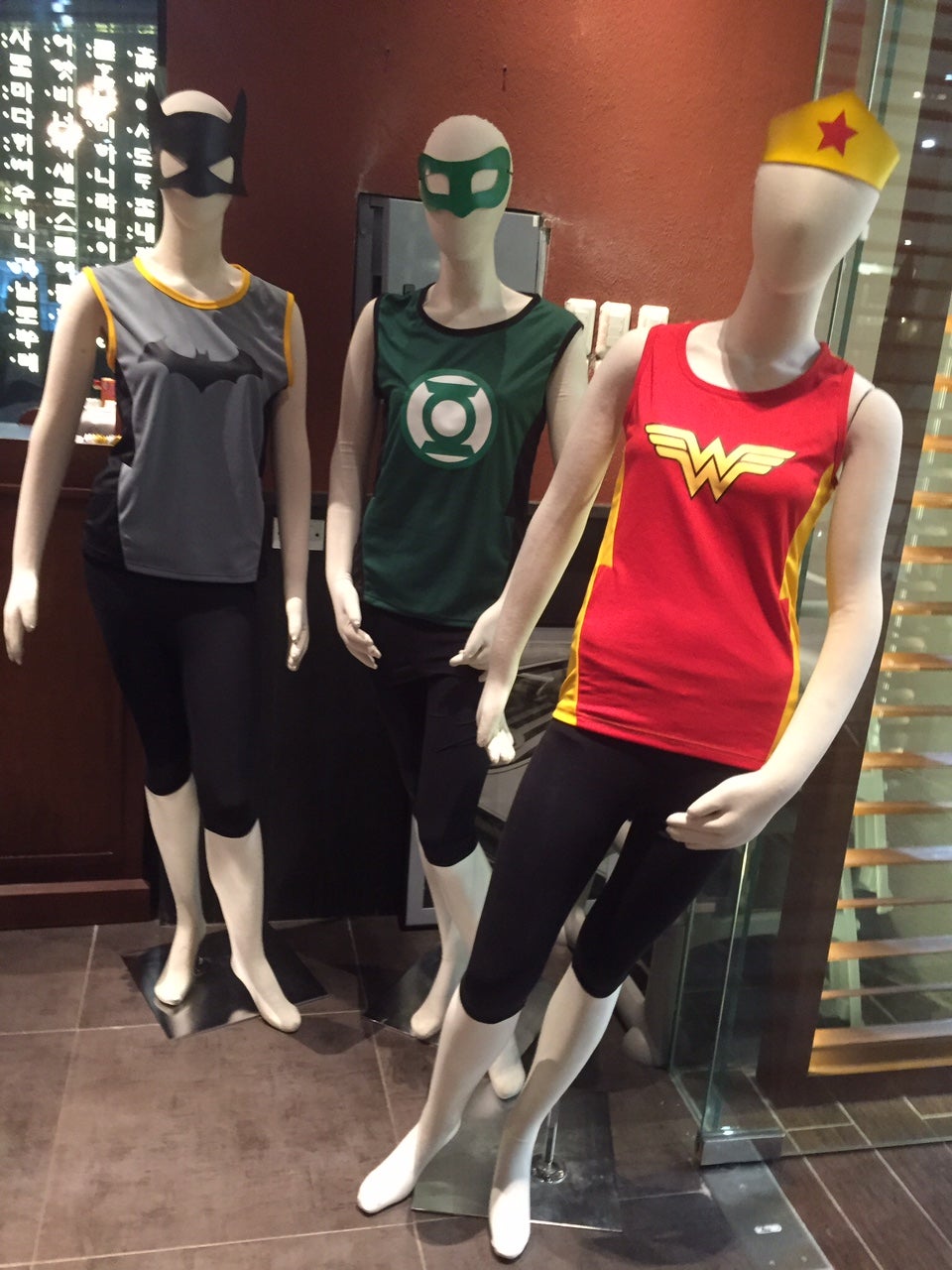 Stylized singlets for the World of DC Comics All Star Fun Run. PHOTO BY DAN PAUROM/INQUIRER.NET

People from 15 cities around the world will be suiting up as famous DC comic book super heroes from April 17-19 as Warner Bros. and DC Entertainment aim to set the record for the largest gathering of people dressed up as DC Universe heroes within 24 hours.

The World of DC Comics Super Hero World Record event is a three-day celebration for fans of the popular DC comic book franchise where they can dress up as their favorite heroes and participate in games, fun runs and other activities before attempting to set the world record for their respective city.
The following cities will join the record-setting event:

Last Thursday pre-event at Erwin’s Gastrobar at the City of Dreams in Pasay outlined the activities planned for the three-day event in the Philippines.
Hosting the event were representatives of local costume play (cosplay) group Justice Ph, aptly dressed as DC Comics superheroes and sidekicks like Batman, Robin and the Flash.

“This is a very exciting journey for all of us. For all our fellow super heroes and heroines out there, this is for the three-day heroic event happening in April at SM North Edsa,” said the Boy Wonder, as he laid out the details of the World of DC Comics event.
“We are setting the record. This is going to be the biggest gathering of all superheroes around the country in one venue.”

A multitude of activities await DC Comics fans at The Block in SM North Edsa. Exhibits featuring official DC paraphernalia will be on display for enthusiasts.
Collectors of DC merchandise will also have the opportunity to bag exclusive and/or limited edition material such as toys, clothes and more.

A video gaming area will also be set up at the SM Annex Cyberzone for avid gamers, featuring titles such as Injustice and the Batman Arkham series.

The presenters also encouraged people to participate in the World of DC Comics All Star Fun Run at SM By the Bay, Mall of Asia Complex in Pasay.

Options for 3k, 5k, and 10k runs are available, and singlets designed after the various members of the DC’s Justice League will ensure that the run will be a colorful sight to behold.

Online and walk-in registrations are ongoing for both the fun run and the world record event.
“It’s all about having fun and celebrating what it is to be a hero and being a DC Comics fan,” said the man dressed up as the sidekick to the World’s Greatest Detective.
For more information, visit www.worldofdcph.com

DC Comics superhero is from the Philippines