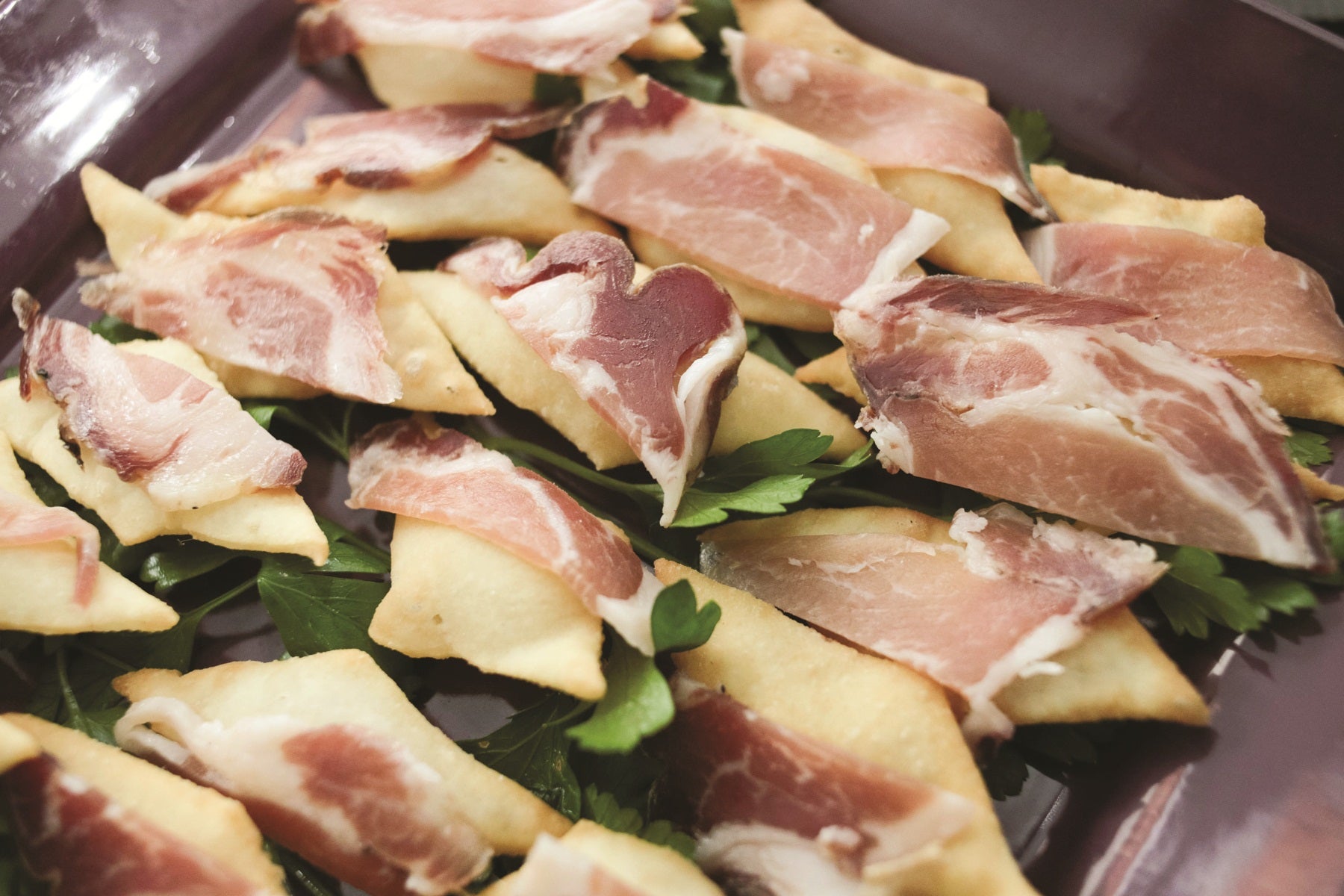 A country’s cuisine is best appreciated when one understands its origins, especially in Italy where culture is integral to the people’s lives.

Celebrating the melding of food and music, Italian Ambassador Massimo Roscigno recently organized a casual dinner, cooking demonstration and mini concert at his residence, and a similar program at Greenbelt 5. These events not only underscored the close ties between the Philippines and Italy, they also marked the second year of the culinary school Casa Artusi Philippines and the presentation of the book “Cucina all’Opera” (The Operatic Kitchen).

Written by gastronome Giancarlo Fre, “Cucina all’Opera” takes the reader through the Emilia-Romagna region, where the soul of Italian cuisine lies. The biographies of Italy’s famous music-makers are intertwined with their favorite dishes.

Fre’s wife and translator, Margherita Spinazzola, came to Manila to talk about the book and annotate the two programs. Art patroness Zenaida Tantoco, president of the Philippine-Italian Association (PIA), supported the event, with entrepreneur Joseph Calata, owner of the agricultural company Calata Corp.

“We work closely with the Italian embassy and we are very happy with our relationship with them,” said Tantoco. “This is our first event for the year.”

She added that the PIA is planning to reprint the book’s soft-bound version. It was originally produced by the Department of Agriculture and Institute for Cultural Heritage of Emilia-Romagna in 2013 for the bicentennial of one its icons, composer Giuseppe Verdi. The book was never meant for retail but to be given away.

Fre wrote about the golden age of opera in the 19th century, from Verdi to Arturo Toscanini; the movement of food and music during the Baroque and Renaissance periods; the influence of grand music in Emilia-Romagna with the likes of Beethoven and Mozart and two global icons, opera stars Maria Callas and Luciano Pavarotti.

Casa Artusi president Giordano Conti flew to Manila to grace the occasion and commended its first franchisee, Margarita Forés, for her efforts. Casa Artusi executive chef Carla Brigliadori and Forés prepared the well-loved recipes of the musical artists in the book.

While guests munched on the tasty selections, they listened to the 10-piece Manila Symphony Orchestra under the baton of Jeffrey Solares, and soprano Gerphil-Geraldine Flores and tenor Lemuel de la Cruz.

The spuma di mortadella, or mortadella mousse, a feathery spread of Italian sausage, ricotta cheese, Parmesan cheese and cream, was linked to Gioachino Antonio Rossini, most famous for the operas “The Barber of Seville” and “William Tell.”

Brigliadori then brought out her matterello, or slim rolling pin, to make the fresh dough for pasta, the crux of Italian cooking. In Emilia-Romagna, making pasta manually—with love and without any electrical gadget—is still the norm.

The pappardelle all’aretina (pappardelle noodles with duck ragout sauce from Arezzo) was a favorite of composer and conductor Pietro Antonio Stefano Mascagni, whose famous masterpiece was “Cavalleria Rusticana.”

Forés then explained that the ragout sauce required wider and shorter pasta noodles, and that the Italians were idiosyncratic about pairing the toppings or sauces with the right pasta.

Conductor Arturo Toscanini was famous for presenting the world premieres of “Turandot” and “La Boheme,” and his dish was represented by minestra di riso e fagioli, or minestrone with beans and vegetables and Arborio, dubbed as the Rolls-Royce of rice.

Verdi’s trippa alla parmigiana was made of tender beef tripe smothered with Parmigiano-Reggiano. Flores and De la Cruz sang “Libiamo,” although Verdi was better known for “La Donna e Mobile” from “Rigoletto,” and the operas “Il Trovatore” and “La Traviata.”

Then there were the carbs— flatbreads or piada and piadina, loved by Arcangelo Corelli, a Baroque composer and violinist; and Pavarotti’s gnocco fritto, crispy fried dough puffs. These went well with cheeses and cold cuts such as coppa stagionata, or cured Italian pork.

The dessert was pinza, a dense cake loved by Baroque composer and keyboardist Girolamo Frescobaldi.

A meal evocative of Emilia-Romagna would not be complete without its glorious, frothy red wine, the lambrusco.

At The Gallery of Greenbelt, the MSO delivered a 20-minute performance featuring Rossini, Mascagni, Corelli and Antonio Vivaldi’s “Spring and Summer” from “The Four Seasons.”

The audience enjoyed a free tasting of the dishes, the ingredients provided by gourmet importer Bacchus International.

Italian embassy cultural attaché Emmanuella Adessini, who helped the ambassador organize these events, brought in her students from Casa Artusi.

Forés and Brigliadori also conducted a cooking class at The Alta restaurant of Ascott Residences, where their Italian guests were billeted. These classes are based on the recipes from Pellegrino Artusi’s authoritative book “La Scienza in Cucina e L’Arte di Mangiar Bene” (The Science of Cooking and the Fine Art of Dining). The serviced apartment and The Commissary at Whitespace will be the venues for future Casa Artusi cooking demonstrations and dinners.

On Casa Artusi Philippines’ accomplishments, Forés said, “We’ve been promoting home-style cooking, which is the heart of Italian cuisine. This is what Artusi and the center advocate. The classes are not intimidating. The recipes are meant for home cooks and hobbyists. While we promote what Italy is known for, we’ve also had the opportunity to present Filipino food to the world. Sharing Filipino and Italian cuisine have made the world smaller.”

Every year, Forés and her team participate in Festa Artusiana, the annual food festival held at Forlimpopoli, the birthplace of Artusi and the location of the Casa Artusi school. The Philippine team delighted the Italians with famous local dishes such as adobo and pancit.

“The Italians have come to know more about our food, produce and culture, and in turn the Filipinos have learned to embrace their lifestyle,” she said.