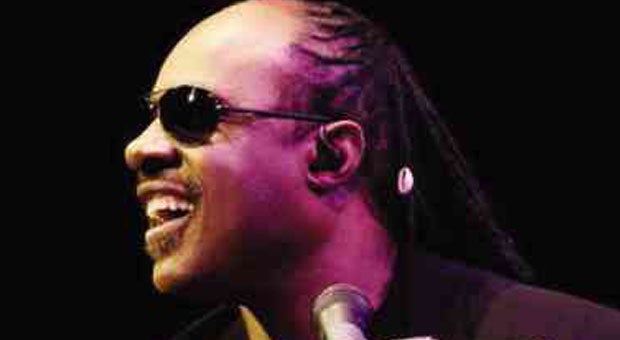 By invitation only: Stevie Wonder at Solaire

Solaire Resort and Casino in Parañaque will have bragging rights when it flies in pop legend Stevie Wonder for a special performance on April 25 at the hotel’s newly built Theatre at the Solaire, a source with direct knowledge of the event confirmed to the Inquirer.

The show is “by invitation only,” which means Solaire management will determine who gets the precious formal request to watch it. The 1,760-seater Theatre formally opened in November last year.

Wonder—whose real name is Stevland Hardaway Judkins and went blind shortly after birth—last performed in the country some 25 years ago at the Ultra (now PhilSports) football field in Pasig.

Wonder’s Solaire gig comes on the heels of an all-star “Grammy Salute” held in his honor, the highlight of which featured a scorching three-song set by Beyoncé (singing “Fingertips”), Ed Sheeran (“Master Blaster”) and Gary Clark Jr. (“Higher Ground”).

At age 64, Wonder can afford to just laze around and enjoy the fruits of his career, having sold more than 100 million albums and singles, but remains active as a performer. He will do four shows in the US before coming to Manila.

His prodigious output as a singer-songwriter has been extensively documented, with the years 1972-1976 regarded as a classic period that saw the release of the albums “Talking Book” (which contained “Superstition” and “You Are the Sunshine of My Life”); “Innervisions” (“Higher Ground,” “Living For the City,” “All in Love Is Fair,” “Golden Lady”); “Fulfillingness’ First Finale” (“You Haven’t Done Nothin’,” “Boogie On Reggae Woman”); and “Songs in the Key of Life” (“I Wish,” “Sir Duke,” “Isn’t She Lovely,” “Knocks Me Off My Feet,” “As”).

Yet critics have also pointed out that his creative streak went as far back as 1971 with the album “Where I’m Coming From” (including the single “Never Dreamed You’d Leave in Summer”), followed by 1972’s “Music of My Mind” (“Superwoman…”), in which he further explored funk with the use of the synthesizer—that would later be on full display in the No. 1 hit “Superstition.”

Ely Buendia was wearing a Led Zeppelin T-shirt underneath a black blazer at a recent appearance at Historia (Sgt.

Esguerra Ave., Quezon City) with his band Pupil. The occasion was the media launch of “Zilch,” Pupil’s fourth album and first release on MCA Music.

The rest of the band members—which now include two ex-Teeth personnel, bassist Dok Sergio and latest recruit, guitarist Jerome Velasco, along with drummer Wendell Garcia—helped Buendia give the press a live teaser from “Zilch.” Contrary to the title’s connotation, the album has lots of good songs—the entire 10 tracks, in fact, crank with sufficient doses of guitar-driven rock powered by a mix of old-school production values and unobtrusive gadget experimentation.

The masterful confidence heard in the music on “Zilch” is enough for us to not mind the lyrics too much, though it’s apparent that Buendia has gained much linguistic flair in, for instance, the tracks “Why” (“The less I see, the more I want to know/The more I feel, the less I fear…”); “Cheap Thrill” (“Running too fast, coming too soon…”); and “MNL” (“In downtown Manila everything is so much better now… All is well on this side of hell”).

Pido Lalimarmo—the singer-songwriter who was once a member of Side A, fronted Artstart as well as Pido and Take

Close friends said Lalimarmo’s talent has never waned. Though it was only our first time to see him perform up close, his exceptional guitar-playing skills were obviously honed through many years.

There was also something peculiar about the way he covered folk, rock and pop classics—his own voice shone through even as he sang them almost note-for-note.