A menu that excites and tantalizes, but falls short of the promise | Inquirer Lifestyle ❮ ❯ 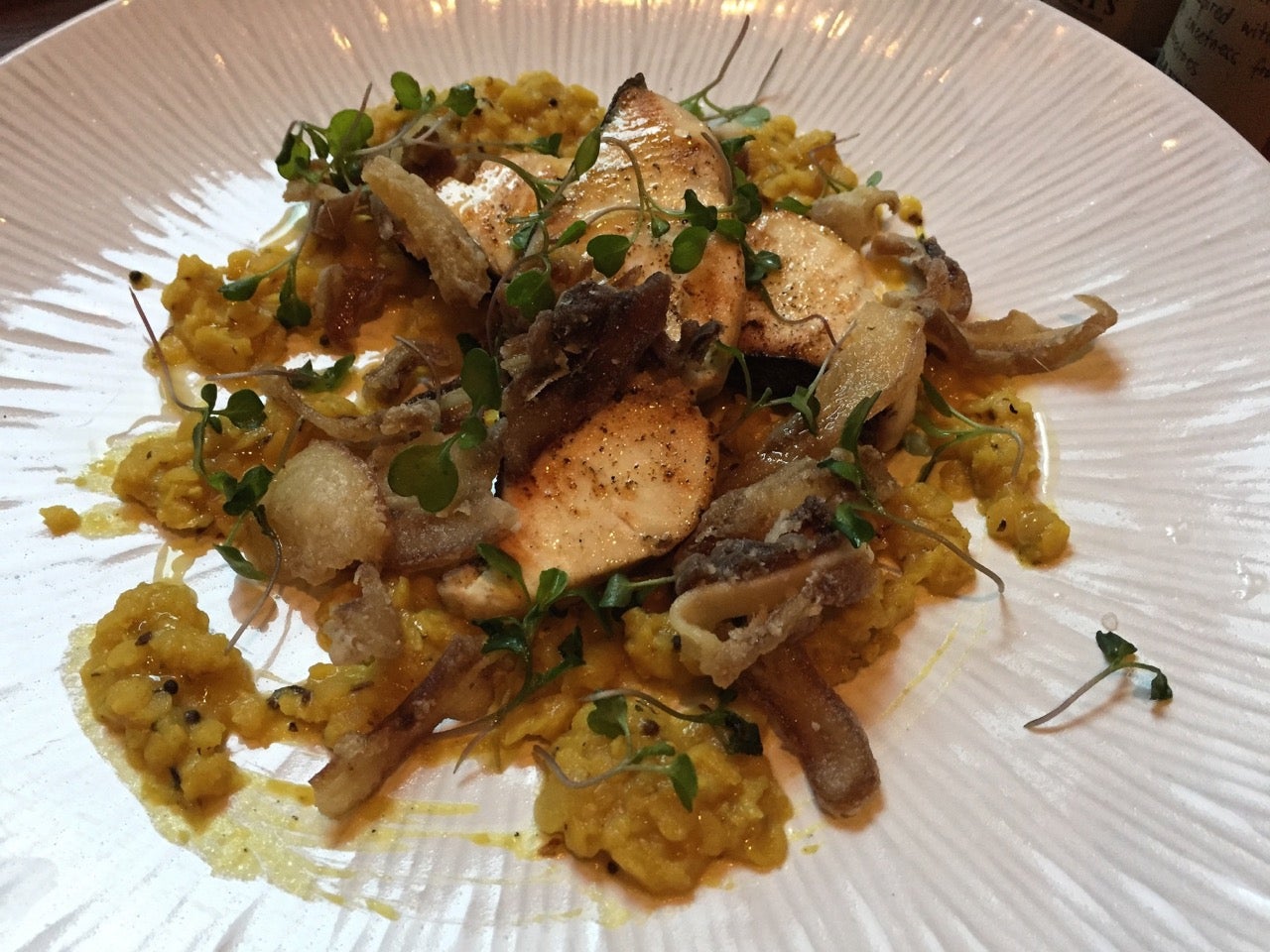 A menu that excites and tantalizes, but falls short of the promise

AS SOMEONE born during the long Cold War era, who learned to duck and cover (to avoid the effects of a nuclear bomb) in school, I was brought up on the notion that the great bogeyman in civil society was communism. Those who, ironically today, wear Mao kitsch or collect Soviet propaganda posters probably have no recollection of how much of a real threat nuclear war seemed then.

But, without warning, it disappeared.

The Berlin Wall fell, Red China became a trade partner and communism became a ghost story, as scary as the “radiation” from the TV screen that folks warned us about.

We’ve even begun to eat like communists. The latest craze in sophisticated restaurants around the world is “small plates for sharing,” which sounds like something straight out of Lenin’s playbook, and the amount of food served is in keeping with the theme of the Holodomor famine or agricultural collectivization.

In this dining concept, appetizers, mains and sides are no longer strictly delineated, and are placed in the center of the table for everyone to partake in.
This might be a shock and a novelty to sophisticated diners in Lower Manhattan and Mission District, who are accustomed to eating only what is placed before them, and heaven forbid their cutlery traveling any further than the circumference of their plates.

But in the Philippines, having plates of food in the middle of the table for everyone to share is not so much amazing as what is known generally as “eating.” Except that they are not usually small plates, but large vats, tureens, platters sizzling and not. Small plates are for sauce or to put fish bones in, not for food.

But the main reason underpinning it seems to be that many chefs (and patrons) want to move away from the straitjacket of the degustation, which puts one at the mercy of the chef and demands patience, not always rewarded, on the part of the diner.

While some chefs are returning to a traditional entrée-main course-dessert setup, others are looking for ways to continue the chance for inventiveness that a degustation offers a creative mind.

Small plates for sharing is simply the degustation removed from its linear order and offered à la carte.

It may be because the idea of putting food in the middle of the table and sharing it is so completely not foreign to us that the restaurants, which have been trying to emulate the success of the concept abroad, have been facing a somewhat nonplussed reception here.

The latest, Bait’s in Salcedo Village, Makati City, is a restaurant that has everything going for it: a chef with an impressive resumé (he has worked at, among other places, 11 Madison Park in New York, rising to the rank of sous chef); the backing and endorsement of Erwan Heussaff; and an excellent location in a side street of the central business district.

There has been a lot of online chatter about Joseph Margate, partly because he did a food-tasting dinner at The Red Light, a kitchen studio owned by Heussaff.

All augured well for an excellent meal, so I trundled the family into the car and we arrived early for the evening seating, primed for good seafood.

I wasn’t quite prepared for the plates-for-sharing concept here, because the menu conveniently has raw/barely cooked food and appetizers down one column and mains, labeled “mains,” down another.

And they were very interesting-sounding mains, too. Who could resist torched Spanish mackerel with red lentils and crispy pig-ears? Or grilled prawns with white beans, and chicken skin?

For starters, we ordered shrimp carpaccio and seaweed biscuits with miso butter on the side.

Margate is a chef who knows how to put together a menu that entices, tantalizes and excites. There are just enough sophisticated ingredients and unusual pairings to keep you interested and wanting to know what a dish will taste like, rather than just waiting to see if they can faithfully recreate an old favorite.

The reality, unfortunately, falls short of the promise. The small plates are, definitely, not falsely advertised and are indeed small; but the mains are not much bigger. The shrimp carpaccio and octopus and pork belly salad were more or less what I expected, though the quantity was sparing.

With the grilled prawns, it became evident that whoever was in charge in the kitchen was asleep at the wheel: three charred, skinny shrimps were sitting atop a bed of white beans that were furry and falling apart.

The Spanish mackerel, or tilapia, was drier than it should have been and overcooked. (The server explained that it had been macerated in a kinilaw process before being grilled, which would partly explain its unyielding quality.)

Despite this experience, I’m not writing the restaurant off. The ideas behind the dishes on the menu are interesting enough to show that the chef has a vision of what’s possible with locally available seafood, that isn’t just the usual sauteed prawns in black bean sauce or fish in batter.

There is a creative mind at work here, but it is let down by a far less-than-competent execution.

More fundamentally, it is yet another symptom of an unwelcome trend for unsatisfying, overwrought dining. The very concept of shared plates that is proving so popular and novel abroad may not translate into the local context.

The communal table need not be one of paucity; no restaurant has ever lost customers by being generous and abundant. Let a thousand flowers blossom.
Bait’s Seafood Restaurant, G/F Signa Residences, Valero Street, Salcedo Village, Makati City; tel. 0917-8604764.