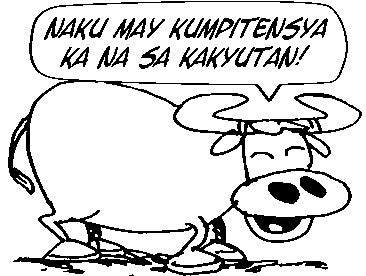 After 21 blissful months of one-on-one care, world media attention and carefree splashing in the Buckingham Palace pool, Prince George is facing a spot of upheaval in his gilded life—a sibling.

Later this month, the royal toddler’s mother Kate is expected to give birth to a little brother or sister who will be fourth in line to the throne.

In his latest official photos, the son of Prince William and his wife, Kate, appears confident and curious—a blond tot with an impish smile.

Shielded from the cameras, the prince’s rare public appearances are exhaustively reported in British media and “Gorgeous George” is a social media star.

The little boy who has helped sustain the image of a British royal family once battered by scandal has been seen at public events just three times.

The first was in July 23, 2013, when he was shown to the world wrapped in a white blanket in the arms of his radiant parents—aged just 27 hours.

“He’s got a good pair of lungs on him,” the young father told a crowd of some 200 journalists outside the same private maternity ward in London, where Kate plans to give birth later this month.

George’s second public engagement came three months later at his christening, followed by a family tour of Australia and New Zealand in April 2014, where the chubby-cheeked royal stole the show.

Interest in a bilby

In New Zealand, he was seen playing with other babies in the residence of his great-grandmother Queen Elizabeth’s governor-general.

On a visit to a Sydney zoo, he showed particular interest in a bilby—an endangered animal.

Besides these appearances, the royals have occasionally released official photographs of the baby prince born third in line to the throne.

George has been seen in the garden at Kate’s parents’ home after the birth; sat with the family in a Kensington Palace window ahead of his first overseas tour; playing with butterflies at the Natural History Museum to mark his first birthday; and sitting on the Kensington Palace steps for Christmas 2014.

Conscious of the role that he will have to play one day, William and Kate have said they want the prince to have as normal a childhood as possible.

George’s first birthday was celebrated far from the cameras with a cake baked by his mother.

The family have a Spanish nanny, Maria Teresa Turrion Borrallo, and a dog, Lupo, a black cocker spaniel.

But any similarities with other children end there.

The family divide their time between a lavishly refurbished apartment in London’s Kensington Palace and Anmer Hall, a 10-bedroom country home on the queen’s Sandringham estate in eastern England.

They holiday on the private Caribbean island of Mustique.

On his first birthday, George received 700 gifts from around the world, including 219 games and toys.

The royal couple are keen to avoid any sibling rivalry once George has to share the spotlight.

Royal expert Katie Nicholl wrote in the magazine Vanity Fair that Kate was “making the most of her final weeks with George as an only child.”

“Apparently William and Kate have been stocking up on presents for Prince George to make sure he doesn’t feel left out when his little brother or sister makes his or her grand entrance,” she said.