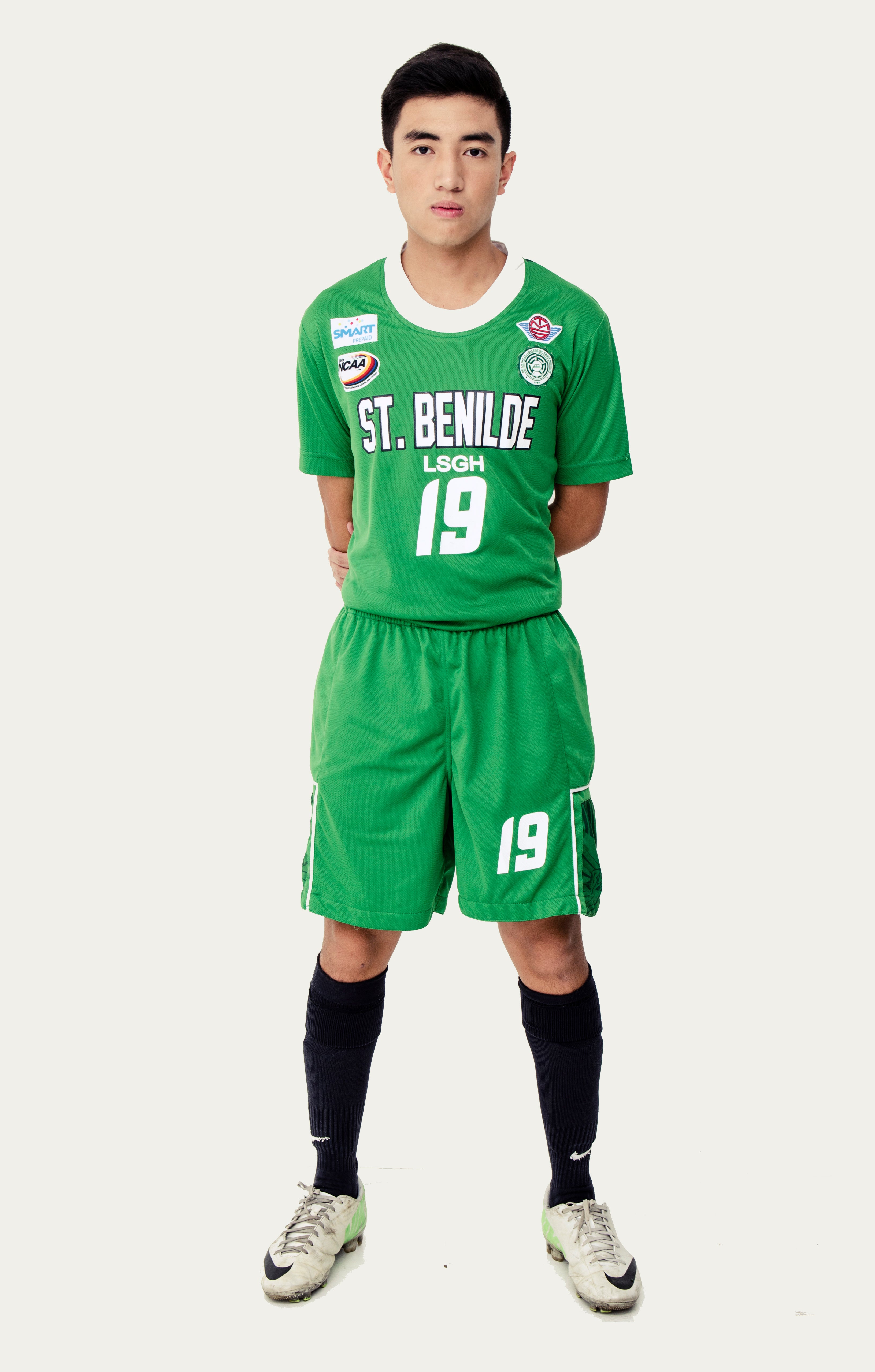 God works wonders–even during an injury 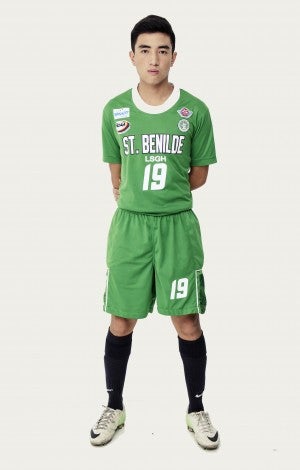 ALESSANDRO Herbosa, popularly known as Renzo, rests his foot on a soccer ball as he tries to catch his breath while strenuously training for the National Collegiate Athletic Association (NCAA) league.

Sporting the emblem of La Salle Green Hills (LSGH) on his shirt, he takes full pride in representing
his school in tournaments.

The Lasallian community never doubts his capacity to show skill and composure; even when all eyes are on him, he remains graceful under extreme pressure.

Had his years of being an honors student and executive vice president of the Student Affairs
Central Body not been enough for a transformative learning experience, he would have already “choked” on the football field.

At 17, Renzo prides himself in being a starting player of the NCAA football team of LSGH. “Being on the field means a sweet escape from reality,” he says.

When his spikes touch the grass, he forgets everything else around him. Training each school day until 7 p.m., Renzo manages a respite from a heavy academic load.

With other footballers, he shows up on the field one humid evening. The campus may be turning off its lights, but Renzo is just getting started.

Renzo, as cocaptain of the team, has a huge responsibility in leading a group of talented individuals. “Not only do I perform to the best of my ability, but I also try to bring out the best in everyone,” he says.

He encourages his teammates constantly, pushing them to their limits, because he knows that hard work and discipline are key to winning a game.

In the 90th season of the NCAA Juniors’ Football Tournament, members of the LSGH- CSB team went home champions with a record of nine wins in a total of nine games. “We fell short two years in a row, and to get it back on our last year in high school is something we will cherish forever,” Renzo says.

Nothing seems to topple Renzo, who reached his pinnacle after a humbling and life-changing incident.

When Renzo tore his anterior cruciate ligament (ACL) two years ago, his world turned up- side down. “In a split second, my season was over.”

It was the most “horrific” in- jury he could suffer. “I really got depressed, because every- thing I had worked for was gone.” Imagine both the physical and emotional pain for Renzo, who toiled his way to the lineups and ended up watching from the bleachers instead. Still, he persevered. “Getting my knee fixed was one story; getting back on the team was another,” Renzo says.

With family and friends encouraging him every step of the way, his hope grew; his passion for football was rekindled once more.

From attending physical therapy every day to reuniting with his teammates on the field, he thanked God for such an ex- perience.

His injury made him realize how God’s wonders worked through him and others; it taught him to persist and to have a positive outlook.

To be in the honors class is a privilege, yet a challenge, as well. With his good academic standing, Renzo graduated with his classmates, whom he had shed blood and tears with, under an advanced curriculum.

He admits that he would not be where he is now without his class- mates. “We help out each other, in assignments, seat work—and sometimes, tests,” he jokes.

Trying to strike a balance in his many activities proved to be difficult, but he shares a formula on how to battle stress: “Whichever is more urgent and important, I get done.”

Last March, during the graduation ceremony, he received not only his diploma, but also a medal for his dedication and hard work in football.

Renzo knew from the get-go that running for a leadership position was his calling. It was his own way of giving back to the school.

As the executive vice president of the Student Council, he showed leadership and charisma by representing the high school community.

“I don’t lead by authority; I lead by example. “Each day is an opportunity to be better,” says Renzo, who lives a hectic life—handling internal and external affairs in school, finishing major productions for his subjects and competing for gold.

However exhausting a day may be, he knows that all he is doing now will bear fruit.
What’s next for Renzo?

He plans to go into pre-law at the Ateneo de Manila University. From the football field, he plans to conquer the political arena.

In the meantime, however, he is out there trying to beat his greatest competitor—himself.