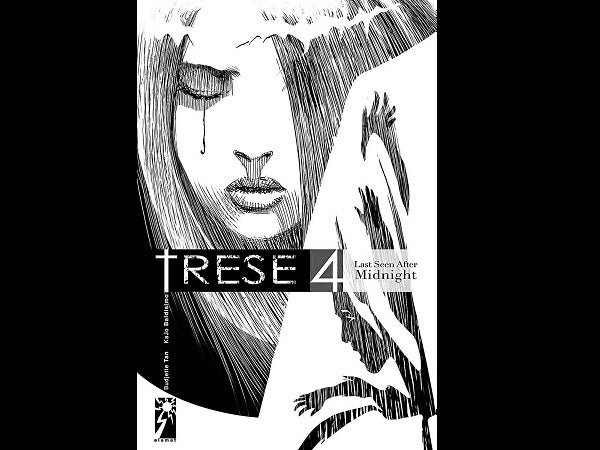 Interviewing the creative minds behind the comic smash hit ‘Trese’ 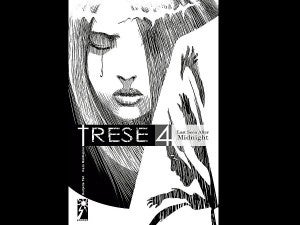 When things go bump in the night, it’s Alexandra Trese’s job as the go-to consultant on all things paranormal to make sure they don’t bump into you, or do something much worse. Oct. 8 marked the release of the fourth volume of “Trese,” entitled “Last Seen After Midnight,” containing four brand new cases that chronicle the gruesome happenings that occur when the paranormal intersects with the mundane.

To commemorate the occasion, Super! sat down and picked the brains of the series’ writer Budjette Tan, with artist Kajo Baldisimo joining in midway.

For those who haven’t heard of it before, how would you describe “Trese”?

BT: If you have police procedurals, I guess “Trese” would be a magic procedural. It is “CSI” meets “The X-Files,” “CSI” versus aswangs and engkantos, and it’s set in the wonderful, dimly lit Manila.

How long has “Trese” been running? The first compilation, “Murder on Balete Drive,” came out in 2008, but were you guys producing it before then?

BT: The first xeroxed “Trese” came out in 2005 and was released in Comic Con during that year as an ashcan, because that’s what we could afford. Previously, there had been comics from Alamat [a local comic book publisher] but for a bunch of guys who were just starting day jobs, shelling out 30, 40 thousand pesos a month to get the book out was too much. So I realized that when we started to do “Trese,” I said, “Okay I’m not in a position to spend that kind of money, so I’ll just xerox it.”

And eventually, thanks to programs like Blogger, I realized that I could upload it online.  I uploaded one issue online, simply because it was Friday the 13th and I just wanted to celebrate, and we got good feedback from that.

That sort of supposes then that you’re not against the concept of digital comics then, right?

BT: Yeah my friends did say, “Aren’t you afraid you’ll get pirated?” I just thought that if Marvel and DC were doing it, maybe they know something I don’t. Interestingly enough, most of the feedback I’ve received is, “I read it on your webpage, where can I get the comic?” 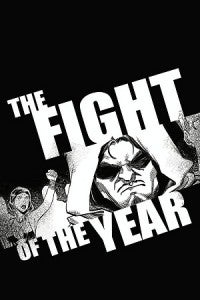 Only once in these how many years did I ever encounter someone in a comic con, he was passing by and he goes like, “Uy, ‘Trese.’” “Oo, ‘Trese,’ P30 lang yan,” I told him. “Eh nabasa ko na yan online,” he answered, before walking away. Once. Sana hindi siya dumami.

Could you talk about your writing style? The stories have a bit of a Twilight Zone vibe where they have a moral at the end. Is that deliberate?

BT: Twilight Zone is one of my favorite shows back in the ’80s, so I guess so. Also, more of those are the kinds of stories that I like. I read a couple of O. Henry stories and loved them. There was a time in high school when a friend of mine lent me an anthology of Isaac Asimov stories, I guess I have a short attention span also, so maybe the structures are echoed in what comes out in “Trese.” I guess it’s also the attempt to discuss some sort of theme, that’s why it usually feels like it finishes with some sort of moral in the end.

Do you get a lot of people coming up to you share their horror stories and myths?

BT: I have received e-mail from people from the provinces, very nice folks. They would tell me about, “In our province we have this kind of aswang.” So yes I receive very interesting e-mails from people suggesting. Parang they’re treating “Trese” like a nonfiction person. They would ask me, “Kailan pupunta si Trese dito sa amin?” Baka mag-provincial tour si Trese, bago mag-international tour.

KB: Yes medyo, before that, masaya lang eh, we do this for fun lang. Then after that, meron ka nang notion na, dapat mas maganda yung next project. May responsibility na kami.

BT: A responsibility to come up with something new. Even when we do stuff din, it’s like, “What stuff haven’t we done? What else would be interesting?” Also what’s interesting for us? If you notice that’s one of the things Kajo does with the artwork, there’s something new. And that’s also mind games for myself. It’s like I paint myself into a corner.

As an analogy, the first time CSI does the DNA-thingy with the techno music it’s like, ’Wow! What a great thing!’ Then after you see it a hundred times, it’s like cut, cut, cut, “Now I know who the murderer is!” It’s the same thing with “Trese.” We need to keep things fresh for ourselves and that’s why Kajo has explored a new style in Book 4, and at the same time,

we have new ways of dealing with the mysteries of Manila.

BT: We get to meet only in times like these.  Whenever we do get to meet up for a convention or whatever, we talk about what we’re going to do for the rest of the year, tapos kanya-kanya na kami. I guess the collaboration happens as the process flows. So I send the script, he does the art, then pagdating sa akin yung art, you’ll see the changes he wants for the story. Then I adjust my script for that.

You went from hand-drawn art to digital art. Is that easier or more fun for you?

What’s your take on horror and horror movies nowadays compared to what you grew up with? Does anything really inspire your work?

BT: I didn’t watch horror movies, I was scared of them. 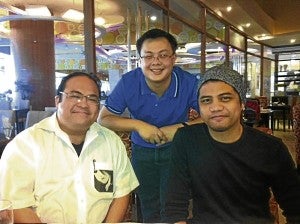 BT: The horror movies that were part of my childhood was “Shake Rattle and Roll,” the first one. And “Poltergeist” and some Stephen King stuff.

The type of horror that we have now, they’re still trying to find the new spin that they can do to make it interesting for people. I guess that is the West’s attempt to make horror more interesting for them.

And yet you also have a genre na sumikat where you have the frigging long haired girl coming out of a well or the TV set, kulang na lang lumabas sa cell phone. Unfortunately, ginaya din ng Pinoy. We got into the Sadako horror look, when we have so much. Yun yung sayang eh. Why are we copying from our neighbors when we have so much freaky stuff? I mean you do a manananggal well, I’m sure it will freak out the West.

So it’ll be great if our stuff can cross borders

Have you ever received critiques along the lines of “why isn’t this comic in Filipino?” or “This isn’t Pinoy enough!”?

BT: It’s Pinoy because of the setting. It’s not in Tagalog because I am a bad writer in Tagalog. I tried it when I did “Batch 72” [a comic book released by Alamat in the early 2000s], but admittedly, last year there was an attempt to do a “Trese” film.

I wrote the script but I asked a friend to translate it into Tagalog and when I read the dialogue it just didn’t ring true. It didn’t feel more grounded actually. But at the same time, the advantage of it being in English is that it reaches out to more people, an international audience. It still rings out something very Pinoy.

How about the art? Has someone ever told you it looks too manga or anime-inspired?

BT: Secretly that is one of our influences. It was playing on Animax back in 2005 so it was one of the things I was watching, turns out it was one of the things he [Kajo] was watching as well. And partly, storytelling-wise, if you watch the first season of “Ghost in the Shell,” ganun din siya, it was exploring human issues through the issues of artificial intelligence and androids. That was one of the things I was trying to do in “Trese,” and it turns out, artwise that’s what Kajo was trying to do. Actually, we’ve attracted anime fans because of the artwork style, so sila na ang nagsasabi, “Hey ang ganda po ng anime niyo.” *laughs*

How much has the Internet helped market “Trese”?

BT: Extremely. Aside from the blogs and uploading it, a fan started the “Trese” Facebook fan page and they’ve kept it alive. There are times because of work I don’t get to get back to it for a couple of days, pagbalik ko sila-sila yung nag-uusap, debating, talking about stuff like, “Sino puwedeng maging love interest ni Trese?” or “Kung gagawin siyang pelikula, sino puwede?”