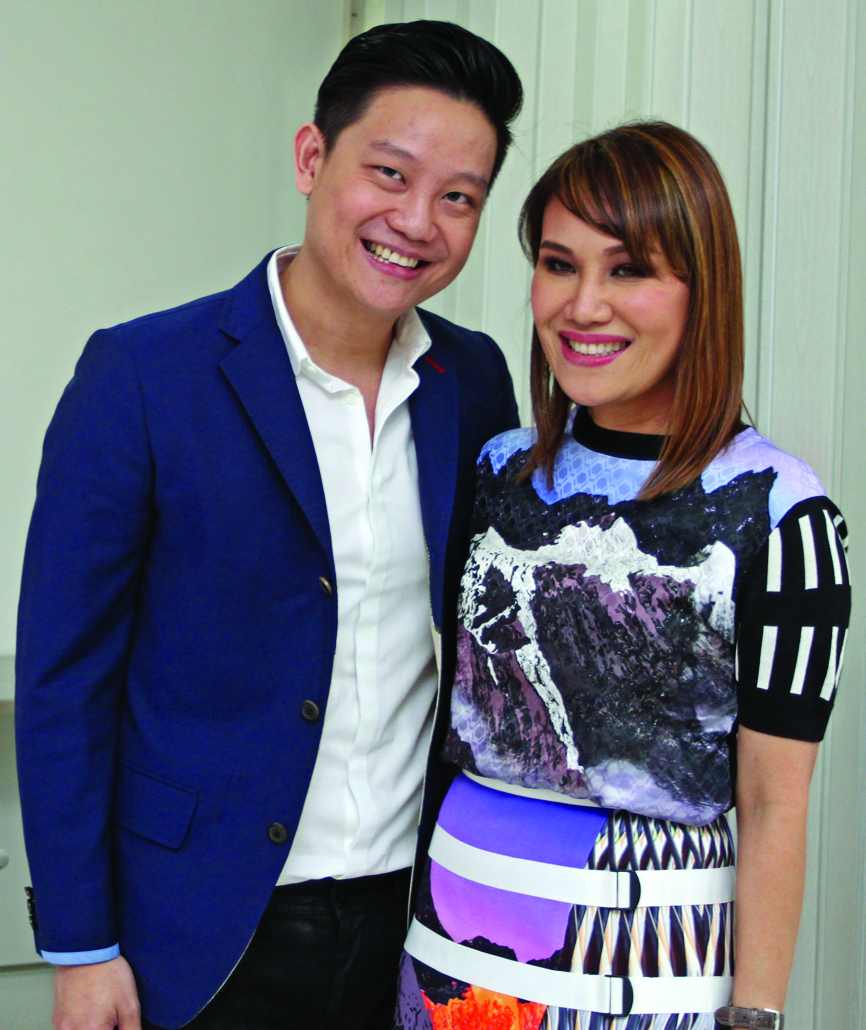 Hair transplant by robot–it’s here, and Edu Manzano, Inno Sotto have tried it

WITH less than six months to go before the Aivee Group of Clinics  divides its operations between the Aivee Institute and the Aivee Clinic,  Z and Aivee Teo—the dermatologist couple—have just acquired three new machines to address common hair, skin and figure problems.

“People are confused,” said Z Teo. “They think we just do skin. We’re more than that. We also do wellness and invasive procedures, including reconstructive work on people with botched jobs.”

By October, all its invasive procedures, including hair transplants, hormonal, anti-aging and stem cell treatments, will be done under one roof at the Aivee Institute in Burgos Circle at the Fort.

“The building is up. We’re just working on the institute’s interiors and operating rooms,” said Teo.

The rest of its non-invasive or lunchtime procedures will be done at its Bonifacio Global City (BGC) and SM Megamall clinics. The couple will move their clinic from Bellevue Hotel to Commerce Center also in Alabang.

At the launch attended by celebrity endorsers Edu Manzano, Inno Sotto and Mike Carandang at the  BGC clinic, the pair introduced Artas, PicoSure and i-Lipo machines.

“There are quite a number of hair transplant devices in the market today, but none of them are robotic,” said Sinclair.  “Compared to removing hair from the donor area by hand, the robotic system is extremely precise, hence the consistent, reproducible results.”

Same as the manual procedure, a doctor guides the Artas machine to take hair follicles from the back of the head or donor area. These follicles are then transplanted to balding spots prone to dihydrotestosterone or DHT, the hormone responsible for male-pattern baldness.

“If you take hair follicles by hand, the doctor has to calculate their angle and position,” said Sinclair. “And people get tired. Robots don’t.”

Once the hair follicles are taken out, the doctor and his team make a series of tiny incisions usually on the front of the patient’s head before inserting harvested hair follicles. The procedure, which requires local anesthesia, takes around four to five hours to finish.

Depending on the severity of balding, the patient may need to come back for additional sessions. A doctor, who oversees the procedure, avoids the danger of overharvesting in the donor area.

“We don’t want to cover one bald spot by sacrificing another,” said Crisanto. “That never happens. If you harvest from the donor area, hair follicles would eventually come back. In due time, hair grows back.”

Those who have tried Artas, including a number of women, hardly experienced pain. They all reportedly felt “comfortable” during the procedure.

“The most painful part, according to Edu, was driving here because of the traffic,” said Crisanto. “Because he sported long hair, Inno found it painful to have his hair cut before the procedure.”

In their desire to achieve an illusion of having smaller faces, many Asian women are also resorting to Artas. The machine can easily help modify and lower a person’s hairline.

“With a lower hairline, their foreheads become less prominent,” said Crisanto. “Some patients even request for a widow’s peak.”

The new-generation laser machine is manufactured by California-based Cynosure, the same company behind RevLite. But PicoSure, as its name implies, is said to be 100 times faster and more powerful than its predecessor.

“It’s a five-in-one machine, but you can  do only one procedure at a time,” said Dr. Janice Soriano. “Instead of a nanosecond, it uses a picosecond of laser. Compared to other laser treatments, you can see immediate results even after a single session of PicoSure.”

“Before, we could just blast tattoos into pebbles,” said Soriano. “Now, even tattoos done in resistant red and blue ink can be completely removed. Since the procedure is targeted, it doesn’t cause scarring or other side effects on surrounding tissues.”

Depending on its size and color of ink used, it usually takes two to three sessions to remove  any trace of unwanted tattoo.

For acne scars and pockmarked skin, Soriano recommends the

PicoFix. If sagging facial muscles weigh your face down, then PicoTight is designed to tighten and take years off your visage.

Even those blessed with beautiful skin can benefit from regular five-minute sessions of PicoGlow. The other procedures can last 10 to 15 minutes.

“Except for the PicoGlow feature, all PicoSure procedures require numbing cream,” said Soriano.

To zap unwanted fat away, the i-Lipo also uses laser although at a lower level.

“Unlike other RF (radio frequency) machines, i-Lipo stimulates a chemical reaction in your body, which releases fat cells,” said Dr. Janice Florida. “The machine emits heat, but it doesn’t require the patient to take any form of anesthesia.”

Whatever fat is released is metabolized by the patient or flushed out through her lymphatic drainage system. Since it targets specific areas, the machine is ideal for body contouring and circumferential reduction.

It’s also an all-in-one machine because the radio frequency it emits is capable of gradually tightening loose skin. In their desire to look more svelte on their wedding day, not a few would-be brides have trooped to the Aivee Clinic to lose an inch or two around the hips and tummy area.

“We measure patients before and after, and the results are immediate,” said Florida. “The patient continues to lose weight in the next 24 to 48 hours after the treatment.”

But unlike conventional and invasive liposuction procedure, i-Lipo isn’t capable of removing fat cells from the body.

“That’s why to keep the weight from coming back, we encourage the patient to supplement the treatments with diet and exercise. Otherwise, she would simply regain all that fat,” said Florida.