Why the iMac, the iPod and their cool cousins reign | Lifestyle.INQ ❮ ❯ 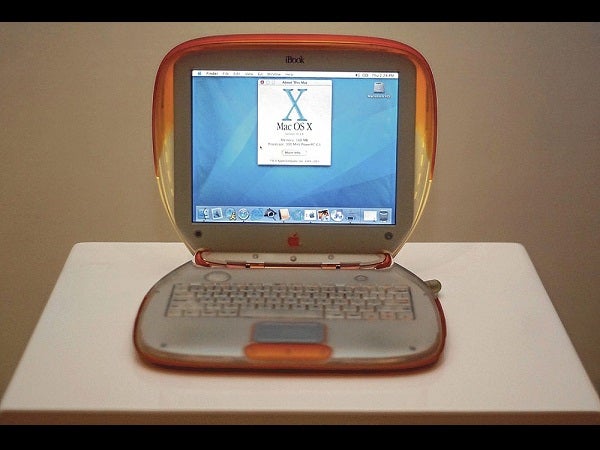 Why the iMac, the iPod and their cool cousins reign 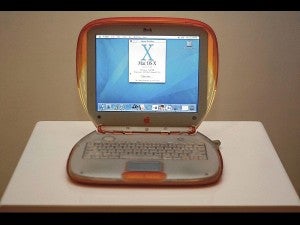 The iconic iMac G3, with its colorful egg-shaped 15” CRT, was the computer that symbolized the return of former CEO Steve Jobs to Apple in 1998. A mere 13 years later, with Jobs having recently stepped down, the iMac has evolved into a sleek machine of anodized aluminum finish with up to a 27” widescreen TFT display.

As Apple has gained ground from its niche branding to captivating the rest of the world, Power Mac Center (PMC), the country’s first Apple retail outlet, has also expanded its reach. From a single branch in 1994 at SM Megamall, it now has nine branches, with its 10th soon to open at Abreeza in Davao. PMC’s expansion started in 2002, eight years after opening its first branch and just a year after the first iPod was introduced.

“The iPod sparked a lot of interest in people. The click wheel changed how we experienced listening to music. When it was launched, the iPod could only be connected to an Apple computer. Now we have iTunes for Windows. If you look at the figures, it’s still a Windows world out there, but Apple is making a lot of noise—and getting noticed,” said Jose Maria Leandro M. Alvarez, PMC marketing manager.

Alvarez said once the people experienced the iPod, it was almost impossible for them not to try out Apple computers. The iPod is still among the top sellers of the store, with iPhones and iPads getting much interest as well, he said.

To celebrate its 17th anniversary, PMC staged “Lightyears,” a one-day exhibit/workshop at the Ayala Museum displaying old, and even rare, Apple products along with new Macs. As the workshop drew in hundreds of Apple fan boys and, yes, fan girls, museum-goers were entertained with a visual display of Apple’s evolution. Seen was the limited-edition 20th Anniversary Macintosh, otherwise known as TAM to Apple disciples, still in working condition.

TAM, released in 1997, was a revolutionary entertainment system in its time. Priced at $10,000 when it was launched, it came with a built-in Bose stereo sound system, complete with subwoofer and luxurious leather finish. It was also integrated with a TV/FM radio system (read: antenna connectors) and an S-video input.

“Only three people in the Philippines own the 20th Anniversary Macintosh. It’s an all-in-one entertainment system. You can watch TV and listen to the radio,” Alvarez said. 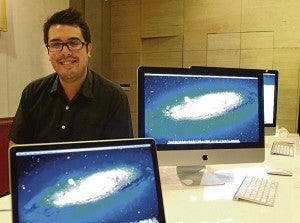 There was also the clamshell, the 1999 iBook orange with its unforgettable handle, a rare feature in portable computers. And the Cube, the first diminutive-sized CPU with an iMac-like experience, designed for switchers who wanted more options for their monitors. The iMac Lampshade was the first flat-pannel monitor. Also on display was the Color Laserwriter 12/600 PS, a Mac printer introduced in 1996 that boasted true 600-DPI print resolution.

“Apple is meticulous with fonts. This printer printed curves, true-type fonts, when everyone else couldn’t do it. It really shows how much Apple values even the little things, like creativity,” said Alvarez.

Other gadgets on exhibit were the first-generation iPod, iPhone and iPad, along with Macbook Pros and the thin and light Macbook Airs.

Like PMC stores, museum-goers were allowed to experience the vintage Macs on display. Experiencing and feeling the products have always been the core feature of PMC stores. Anyone who steps into a PMC branch can test any iPod, iPad or computer of his or her choice. And anyone who purchases a new gadget is entitled to a free one-hour, one-on-one tutorial. This is very helpful to switchers, said Alvarez, and to Mac users who are upgrading their gadget collection.

“It’s about showing what we can do, how to use it, and people getting comfortable using it,” he added.

Demand for Apple products doesn’t seem to be letting up. Even with an iPad 3 that’s rumored to be launched in January next year, people continue to snap up the iPad 2. When the very first iPad was launched in the US around March a few years ago, said Alvarez, it quickly became the item to have for Christmas when it arrived in the Philippine market in December. Filipinos had made reservations months before it arrived.

Alvarez believes nothing will change even with Jobs’ resignation: “In my opinion, Jobs has already mapped out the Apple DNA. It’s already there, the idea of design, the OS, the user experience. Everything’s already ingrained in the culture.”

With the lead time of product releases in the US and in the Philippines getting shorter, Alvarez thinks many more Filipinos will be buying Apple products in the future.

“It’s still not an Apple world, so there’s a big market out there waiting for us,” he said.