How do you solve a problem like Georgina Wilson? | Inquirer Lifestyle ❮ ❯ 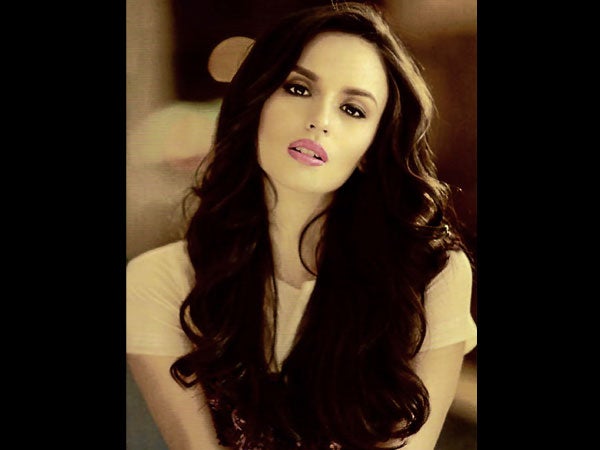 How do you solve a problem like Georgina Wilson?

In the aftermath of the very public unraveling of “It” girl Georgina Wilson’s relationship with her manager Shirley Kuan, there emerged a can of worms alleging diva attitude and unprofessionalism on the TV host’s part that makes one ask: Is this the end for this so-called “It” girl?

When told of tales about Wilson’s alleged aberrations, Kuan said, “People kept them from me. You develop a relationship with people, and your talent does something and they’ll keep quiet about it out of respect for you… I heard only now that a major fashion magazine has banned her and refuses to work with her.”

Two magazine editors, who both declined to be named, said the same thing about the actress: “She’s a diva!”

“She used to be so nice, sweet and friendly to everyone,” said the editor who knew Wilson when she started modeling. “She’d even ask what to bring to shoots, she’d ask for pointers. But now, super diva! She arrives late. She breaks rules by choosing the photos herself, which is the editor’s discretion.”

She cajoles photographers to submit only the photos she chooses, said the other editor. “And some of photographers naman just agree because they get jobs because of her. She’s difficult. Ang laki na ng ulo nya,” this editor said.

In fact, a society glossy has also apparently banned her after she snubbed the private party its editor was throwing in her honor.

A person involved in the regional TV reality show where Wilson was a host also said she wasn’t liked by the Singapore production team.

“Pakialamera to the max! She meddled with the script and all. She’d act all haughty. They kept comparing her to the previous host who was easy to work with. She would be hours late for appointments, and she thought she could sweet-talk her way out of everything.

“You don’t arrive at 1 p.m. when the call time is 9 a.m. You can’t tell people that they shouldn’t complain when you’re late because everybody knows you wake up late. That’s not acceptable.”

The source also said Wilson has been reprimanded by its producers on various occasions, at one time she emerged from a meeting in tears. “I believe it was after the salon sponsor walked out because Georgina hired her own hairstylist.”

(Wilson did not reply to Inquirer Lifestyle’s request for interview. Her cousin Isabelle Daza was also sought for comment, but her handler said Daza was busy; she failed to give a statement as we went to press.)

“I think she has been emboldened because she thinks she’s going international,” Kuan said, referring to Wilson’s recent gig as host of “Asia’s Next Top Model,” the contract of which she signed without going through Kuan. The latter said she let it slide because she knew that the job would be good for her ward’s profile.

Over a week ago, Kuan released a statement saying she had dropped Wilson from her agency, after the model closed an endorsement deal with mobile phone maker Samsung without Kuan’s knowledge. The veteran talent manager called out her former ward for her “unprofessionalism.”

Kuan then filed a complaint with the 27-member-strong Professional Artist Managers Inc. (Pami) against Wilson, which issued sanctions on her former ward.

Pami is a “very powerful” organization, which manages a collective of some 300 of the country’s top stars, according to an entertainment industry insider.

‘She thinks she can do it herself’

The sanctions, said Pami member Girlie Rodis, are “internal” and she declined to discuss it, but allowed as much: “It will not be good for Wilson.”

A person who has knowledge of such sanctions said it could mean a ban on Wilson working with any of 300 or so talents handled by Pami members.

The Samsung incident, it seems, was the tipping point for Kuan, who now says Wilson has been doing deals behind her back. “She has done that before, but I kept quiet,” she said of Wilson, who she helped broker multimillion-peso endorsement deals for since 2012. “She would make appearances at events thinking I wouldn’t learn about it. This is a small industry!”

Kuan said she was negotiating a deal for Wilson with another phone maker, without knowing that Wilson had already closed the deal with Samsung. “Can you imagine how that made me look?” said Kuan, who manages the likes of Albert Martinez and Maricel Soriano, and handles the endorsements of Coco Martin, Carmina Villaroel and family, and Susan Roces.

It’s not even a question of whether another talent manager unaffiliated with Pami would take in Wilson after this incident, Kuan said. “She doesn’t want to pay commission! She thinks she can do it herself.”

Asked if one of Pami member’s harsh characterization of Wilson as “mukhang pera” is an exaggeration, Kuan said: “On point.”

Rodis, longtime manager of Mikee Cojuangco and Rachel Alejandro, said Wilson is in way over her head if she thinks she can manage her own career. “She’ll find out the hard way, that it’s not easy. Some of these people, they’re just concerned about how much they can make. They don’t know the kind of work needed just to keep them around.

“Georgina’s talents are limited. She’s not an actress, she doesn’t sing. She was just lucky she got lumped with those other ‘It’ girls—Solenn Heussaff, Anne Curtis and Liz Uy. And they’re all morphing into individuals now, they’re at that age. She and (boyfriend) Borgy (Manotoc) can only be a cute couple for so long. If you asked me if Solenn would survive, I’d say yes because she can do so many things. She’s genuinely talented, and is the nicest. With Georgina, I don’t know.”

Rodis said she was “shocked” by all the negative stories about Wilson, whom she only knew to be nice to her. “Us managers try to protect our talents. We keep a lid on bad behavior, there’s crisis management, because it will affect brand endorsements. What Georgina did to Shirley, it was the worst thing a talent can do. Shirley is very respected in the industry.”

A popular personality and veteran show biz insider, who also handles A-list talents, said Kuan was justified in dropping Wilson, as the alleged offense was the biggest “insult” to a talent’s manager. “It sends a wrong message to clients,” he said.

According to Kuan’s statement, Samsung’s agent called her office to ask for Wilson’s rate. “Then Samsung went straight to Georgina and closed the deal.” Interestingly, all negotiations for Heussaff, Wilson’s Samsung co-endorser, went through Heussaff’s manager Leo Dominguez, also a Pami member.

The funny part was, Wilson was late for the Samsung event launch in SM Mega Fashion Hall, and the publicists handling the event called Kuan’s office to check on Wilson’s whereabouts.

“The reading I get from all these is that Georgina doesn’t want a manager,” said the veteran insider, “because they have this delusion that they can manage themselves,” even as the country’s biggest stars all have representation.

However, he admitted that Wilson’s case isn’t uncommon—they start out nice, “your word is law, and when they build their own entourage, ayan na,” he said with a chuckle.

Wilson hasn’t made any statement on the issue. Talk is, her defense is there was no contract between her and Kuan.

“A lot that goes on is verbal,” Rodis said. “But when a manager sits next to you over and over to sign multimillion-peso endorsement deals, that’s tacit agreement of your relationship as talent and manager. Now how can you say there was no contract?”

“Georgina’s gotta shape up,” said the veteran insider. “If she doesn’t, she’ll slide back to being just a pretty girl. If she resists, that’s very dangerous. It’s a very small industry.”

He added, “In this business, ultimately nothing lasts forever, even the pros. Just imagine the unprofessional ones.”