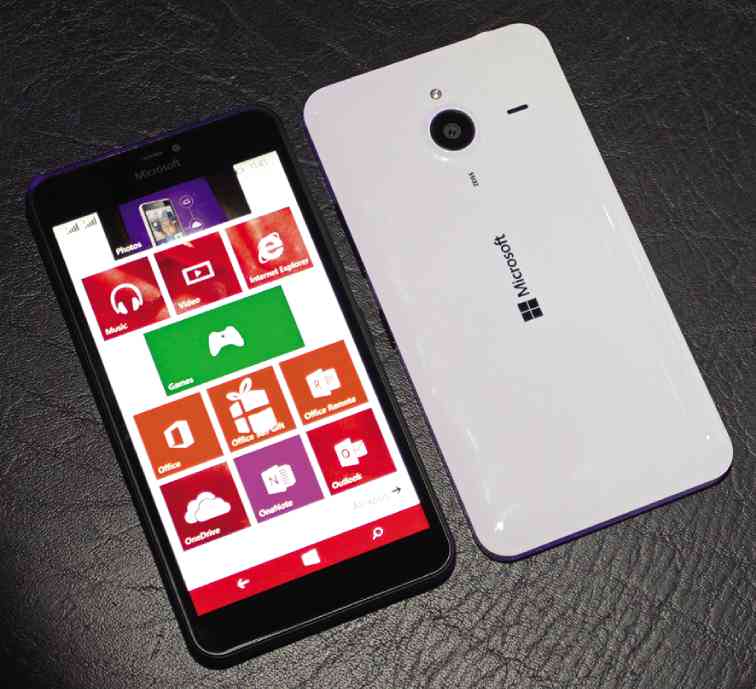 In Asia, phablets, those extra large mobile devices that combine the smartphone and the tablet, are becoming the smarter choice. Larger than the typical smartphone yet smaller than the regular tablet, Microsoft Lumia 640 XL is the big brother to last year’s successful Lumia 640. It has debuted in the Philippines as the de facto device for both businessmen and those on a budget.

The Philippines, said Gary Chan, Microsoft devices head of marketing in Pan-Asia, has the most connected people in the world. “Everybody spends a lot of time connecting with one another over text messaging services and social networks on a daily basis, and yet there are so many who don’t have access to the Internet or a smart device,” he said.

Microsoft last year acquired the Nokia Devices Division, the makers of the then high-end Lumia mobile devices, and thereafter relaunched Lumia with a much sleeker look and budget-friendly price tag. Backed by Microsoft’s 40-year experience in the computing industry, the Lumia has since become a top seller.

“Last year we made a bet on the growth of the smartphone usage here in the Philippines—that affordable smartphone devices are going to be the fastest growing segment of the market here. The bet is paying off,” Chan said.

Lumia 640 XL, which retails at P11,990 SRP, runs on a powerful 1G RAM engine, 1.2 GHz quad-core Qualcomm Snapdragon 400 processor with a Windows 8.1 Lumia Denim OS (upgradable to Windows 10 when it rolls out this summer). That means speed is not compromised even if you use several apps at the same time. The 5.7” display comes in standard 16:9 HD widescreen (1280×720) LCD with sunlight readability enhancement.

It has a removable, 3,000 mAh battery with a talk time of 24 hours, and comes with an 8G storage memory, expandable up to 128G via a microSD. The package also comes with a free OneDrive (Microsoft’s cloud service) storage of up to 1 terabyte upon the activation of another freebie service app called Office 365 (yes, that’s the Microsoft Office for mobile devices). Should you not download the Office 365, a standard 15G comes with OneDrive, plus an addition of 15G more with the activation of the Camera Roll.

To capture those groupfie and selfie moments, the camera is engineered with a Zeiss glass, in 13 megapixel (rear) with LED flash and 5 megapixel (front) with wide angle lens.

“We studied the pattern on how people are utilizing their smartphones. In the past, it used to be that 9 a.m. to 5 p.m. was all about work. After 5 p.m., the rest of life happened. That pattern has completely changed, with more people now mixing work and play throughout the day,” Chan said.

OneDrive, for example, is not just a cloud storage. It also allows you to access everything you have on the go at all times, he said. It securely syncs your music, movies, pictures, backups and other files. Office 365, meanwhile, allows you to sync, view and edit your Word, Excel, Powerpoint, OneNote, Outlook, and more on the go, accessible online or offline. You don’t have to worry about compatibility or format changes anymore.

For the office worker, a cool feature is Office Lens. It’s an app specifically designed to photograph (or scan) documents. Tradition will have you manually inputting info from a business card into your phone. With Office Lens, you’ll only need to scan the business card where the app automatically crops it for you. Hit save to OneNote, and with its optical character recognition, the captured text and numbers will be saved as a contact card in VCF form. Import that to your Microsoft Outlook and your new contact is saved on your phone.

“As the age-old demand for ‘more for less’ extends to the smartphone market, the Lumia 640 XL presents a strong option for those who want the increased productivity a smart device offers without sacrificing affordability,” Chan said.

You can even ditch your wearable, he added, since Lumia 640 XL comes with a SensoCore, the health and fitness app, that also functions as an activity tracker.

The camera has been much improved, he said. According to a survey, Chan said, more and more people are now taking photos in poor lighting conditions, such as clubs. With the dynamic flash, you can go back to your captured images and adjust the flash strength. You don’t want it too bright, he said, where all your flaws are highlighted, or too dark where people can’t recognize you.

Living Images is another feature that allows you to relive the moments captured in photographs by capturing a short video clip before taking still shots.