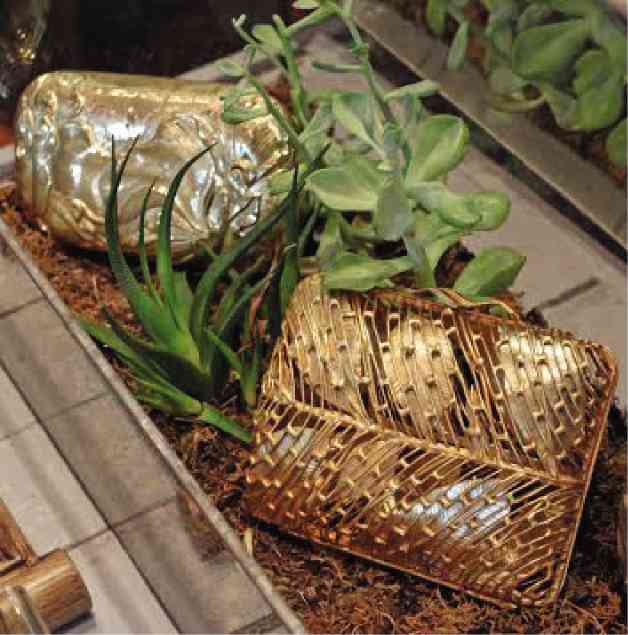 For many fashionistas and women of leisure in Manila, there’s no more definitive sign of summer than the annual poolside trunk show and cocktails hosted by bag and accessories designer Amina Aranáz-Alunan of the lifestyle brand Aranáz.

As is typical, the model-designer held court recently at the poolside of one of the residential high-rises in Rockwell, looking calm and collected even as she had to juggle the task of receiving guests and clients, and looking into last-minute details, her willowy frame sheathed in a cool blue maxi dress. Her young children hovered nearby.

And as usual, it was a family affair, with Team Aranáz in full force. There was matriarch Becky, who started the brand, eldest child Miguel, and the youngest Rosanna, who are all involved in various capacities.

For the season, Aranáz-Alunan chose a more abstract approach to interpreting the motif of the collection, called “Earth Chameleon,” such that the palette took a darker turn than customary.

“The patterns are more of shadows, like the shadow of coconut leaves on the ground,” she said. “I also embroidered on the negative, so they’re darker and more sophisticated.”

She stuck to nature elements, the hallmark of Aranáz bags, and its best-selling silhouettes, interpreted in different treatments.

Minaudieres, for instance, are rendered in finely detailed metal openwork. Then there are hand-carved wood styles in palm leaf, orchid and pineapple motifs. There are also several renditions of the popular large woven totes, embroidered and beaded.

A crowd-drawer at the launch were the pineapple-shape shoulder bags in t’nalak with gold hardware, a product of Aranáz-Alunan’s recent collaboration with weavers in Cotabato to design a t’nalak fabric.

Perhaps the biggest draw of the annual soiree was the customization service, in which clients can have their preferred bag monogrammed and embellished to their liking. The service isn’t offered in the Aranáz stores, only at the annual summer event.

This year is a milestone for Aranáz as the brand celebrates its 15th year. And to mark the occasion, the company will be opening a new concept store called Aranáz Tú in SM Mega Fashion Hall, to showcase the brand’s home and office accessories as well as other lifestyle pieces.

“We’re looking forward to this as the 15 years encapsulate how we have evolved in terms of technique, design and product development,” Aranáz-Alunan said.

Inquirer Lifestyle was first to report when Aranáz opened its first ever store in 2004, in a small commercial area near the family home in Pasig, after years of selling in bazaars. Becky Aranáz, the designer’s mom and a longtime bag exporter, started the brand. At the time, Aranáz-Alunan herself had just returned home from her design studies in Milan and London. The brand has come a long way since.

Aside from its boutiques in Power Plant Mall and Greenbelt 5, it now has stockists in New York, London, Kuwait, Saudi Arabia, Dubai, Athens, Hong Kong and Belgium. Belgium’s Queen Mathilde is a fan, having been photographed on several occasions carrying Aranáz minaudieres.

While summer is undoubtedly Aranáz’s season, it has proved that its styles transcend weather cycles and locales. As its designer says, its aesthetics and brand of leisurely lifestyle work well in cosmopolitan cities and in the tropics.