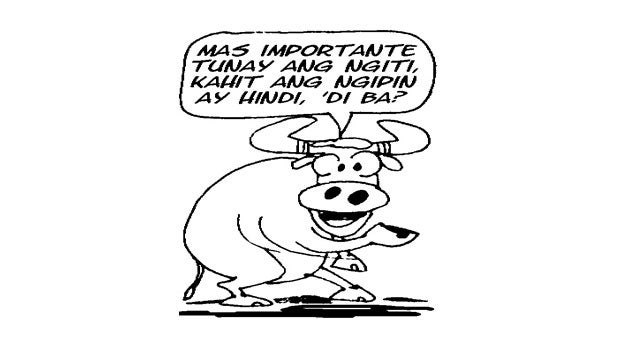 Filipinos most bite-challenged among Asians 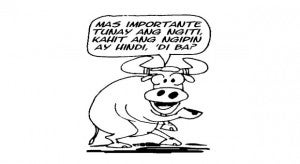 Around 9 million Filipinos wear dentures, making the Philippines the country with the most number of denture wearers in Asia, according to one study.

The study also showed that 56 percent of denture users cited careless oral regime as a reason for wearing dentures, 19 percent attributed wearing dentures to losing teeth in accidents, and 12 percent to illness.

The study was conducted by a marketing firm for GlaxoSmithKline (GSK), maker of a denture adhesive cream called Polident.

The study also showed that 61 percent of denture users in the Philippines are females, while 39 percent are males.

Dr. Danny Magtanong of the Philippine Prosthodontic Society (PPS) said a lot of Filipinos experienced denture problems, resulting in loss of joy and confidence in performing daily activities, such as eating, smiling, speaking and socializing.

There has been a stigma attached to wearing dentures because of embarrassing mishaps, according to Magtanong.

“Stories about false teeth coming off while speaking or while eating are very common,” Magtanong said. “In fact, in YouTube, there are a lot of videos posted which show these embarrassing moments. Whose confidence wouldn’t be demolished once a denture wearer finds himself in this situation?”

As a result, some denture users become very shy.

“Others would cover their mouths while speaking, some would refuse to attend social functions. To be safe, others would not eat food that require much biting, thus they are inhibited,” Magtanong said.

However, the study confirmed the problems encountered by denture wearers were mainly caused by complacency in consulting dentists and in engaging in proper denture care.

“Generally, Filipino denture wearers lack knowledge on the proper practices before and while wearing dentures and before they go to bed at night,” said Magtanong.

In fact, the study showed, while 49 percent of the more than 200 denture-wearer respondents have had it for five years or less, a high 53 percent of them visit dentists only when they have specific problems, such as broken or cracked dentures.

“Denture wearers also lack information on the proper way to care for their dentures. For instance, 64 percent do not remove it before going to sleep at night. By not removing dentures and soaking (them) in proper cleaners, bacteria build up and cause more problems in the mouth,” the study said.

To create awareness about better dental and denture care, GSK on Thursday launched a 9-meter-high (30-foot-high) inflatable installation that depicts a denture biting into a corn cob.

The image aims to highlight the physical tortures experienced daily by denture wearers.

The inflatable installation may be seen in three different locations in Manila—at Rajah Sulayman in Malate on May 15-17; Plaza Miranda in Quiapo on May 22-24; and Tutuban Market in Divisoria on May 29-30.

The campaign to protect dentures will have various activities in Metro Manila, including free denture consultations and fun denture torture tests, like corn-eating contests and videoke contests.

A specialized truck will go around different barangays. On board the truck is a dentist who will do checkups.

“Wearing dentures is difficult and what we aim to do is to take away the worry that it would move, fall out and cause embarrassment,” Marfori said.

“Dentures should not take away the fun of enjoying their favorite food or singing, like their idols,” Marfori said.–With a report from Kathrina Pineda, trainee

That ‘killer smile’ is the trend, thanks to celebs