7 things to do in Osaka and Wakayama | Inquirer Lifestyle ❮ ❯ 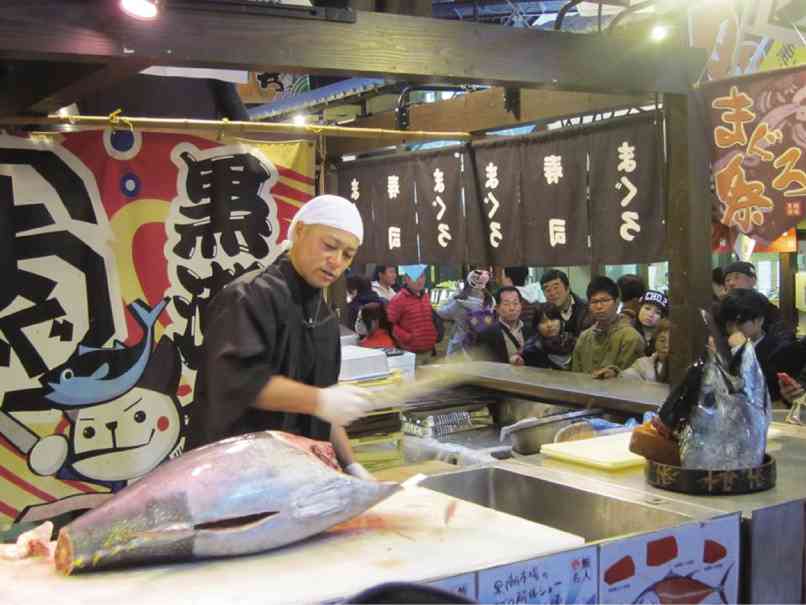 7 things to do in Osaka and Wakayama

Until recently, only a few Filipinos could visit Japan on a whim. The requirements to get a tourist visa were too numerous, if not daunting.

But since visa rules have recently eased up, visiting Japan has become an attractive option. There is some truth in the travel tip that the Japanese Embassy grants multiple-entry tourist visas after a traveler’s first trip. (In fact, we were given a five-year, multiple-entry visa on our second trip a few months ago.)

Some make it a point to regularly check online for discounted flights offered by low-cost carriers like Cebu Pacific. Others have bookmarked the home-sharing app Airbnb on their tablets and smartphones to give them options on room accommodations.

If booking is made early enough—usually months in advance—travelers can save on airfare and accommodations which allows them to spend a little more on food, sightseeing and shopping.

On a recent trip to Osaka hosted by Cebu Pacific, we took the train into the city, arriving at the Swissotel Nankai Osaka hotel in 40 minutes. The Kansai railway was connected to the hotel via a series of escalators.

Osaka is known for the quality and variety of the food available everywhere.

We tried okonomiyaki (savory pancake filled with cabbage and meat or seafood) in a Dotonbori restaurant, where a line snaked down its staircase at 11 a.m.

The okonomiyaki and accompanying yakisoba were prepared at a griddle on our table, drizzled with two kinds of sauces, topped with bonito flakes and served piping hot.

At one dinner, we were presented with a dozen grilled skewers of vegetables, meat and seafood. Each stick may have been a little more than a mouthful, and by the end of the meal, we were full.

Aside from sampling the regional goodies, here are a few tips on what to do when in Osaka and Wakayama:

1) Go to Universal Studios Japan. Harry Potter’s Wizarding World has been open for less than a year, so expect to wait in line while sipping on hot or cold Butterbeer. On the day of our visit, a sign at the gate said there was a four-hour wait to hop on the ride.

2) If you like fashionable kicks, drop by an ABC-Mart. The shoe store carries a selection of Vans, Nike, and New Balance models, many not available in the Philippines. Some of the designs, like the popular Nike Roshe, are less expensive than what they’re priced in Manila.

3) Check out Don Quijote for pasalubong. It has a huge, multilevel store in Dotonbori open 24 hours that sells everything from chocolates and appliances to medicines and cosmetics. Skip the green tea Kit Kats because there are other, more interesting variants like the cheesecake Kit Kats that you unwrap and pop into the toaster oven until they’re warm and crispy.

4) Spend the morning at Osaka Aquarium in Kaiyukan. After paying the admission price, take the escalators to the top floor of the building and work your way down. There was so much to see but the ones that seemed to draw camera phone-toting viewers were the manta rays, the jellyfish, the silly penguins and the amorous seal couple.

5) Explore Wakayama, a two-hour drive from Osaka. We had dinner one night at a century-old mansion that had been converted into a restaurant. Ganko Wakayama Rokusanen serves dishes that incorporate soy, one of the area’s agricultural products. Tofu or soy bean curd was served three ways: as a salad topped with cubed avocado; in a soup with really tasty fish; and as a gratin-like cheese dish with bamboo shoots.

6) Get your dose of Vitamin C. Wakayama is known for the sweetness and juiciness of its oranges which we can attest to. We also had the chance to pick and eat strawberries from shrubs planted on top of waist-high stands. Depending on the season, visitors can pick and eat as many strawberries as they can in 30 minutes—more than enough time to indulge while listening to a loop of the Beatles’ “Strawberry Fields Forever” on your iPod.

7) Take in some tuna slicing action at Wakayama Marina City. Every day at 11 a.m., 12:30 p.m. and 3 p.m., a master tuna slicer debones and fillets an enormous tuna into smaller portions. It’s over in 15 minutes so better have your phones ready to record a video of the scene. And then partake of a late lunch at the second level with a buffet of tuna sashimi, among other Japanese favorites.

Cebu Pacific Air flies between Manila and Osaka five times weekly. It also operates direct Manila-Tokyo and Manila-Nagoya flights. Log on to cebupacificair.com or call (02) 7020888 or (032) 2308888. The latest seat sales may also be found on Cebu Pacific Air’s official Facebook and Twitter pages.

For more information on Osaka and Wakayama, log on to the Japan National Tourism Organization website, www.jnto.go.jp/philippines or the city websites, www.osaka-info.jp/en/ for Osaka and www.wakayama-kanko.or.jp/world/english/index.html for Wakayama.