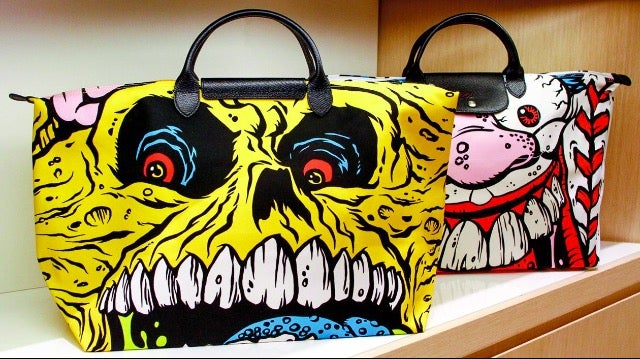 Longchamp recently opened its first standalone store in Manila at Greenbelt 5 with great fanfare, and rightly so since owning at least one Le Pliage nylon bag has become a must among fashionistas. (Related story: Finally, a home in Manila for the beloved Le Pliage)

Although bag-crazy Filipinos are probably itching to get their hands on Le Pliage Cuir and Le Pliage Heritage—two of the French brand’s latest additions to its growing Le Pliage line—Longchamp’s core customers will always fall back on a well-loved classic like Le Pliage nylon.

Here are 10 fun facts about Le Pliage nylon—the bag that defined and continues to define Longchamp.

1. Le Pliage nylon was designed in 1993 by Philippe Cassegrain, son of Longchamp founder Jean Cassegrain, as a complementary item to its growing line of luggage.

2. Since Longchamp launched Le Pliage nylon 22 years ago, the brand has sold close to 30 million of its iconic and foldable bag.

3. Despite its seeming simplicity, the foldable bag required a lot work. It took Cassegrain and his team three long years to perfect Le Pliage’s design and construction.

4. Le Pliage nylon comes in 12 standard colors, with black, brown and dark blue as three of the most salable shades.

5. To non-French speakers, Le Pliage may sound fancy. In French, it simply means the folding bag.

6. Over the years, Longchamp has collaborated with various designers, artists and celebrities to help it reinvent Le Pliage nylon. They include designers Jeremy Scott and Mary Katrantzou, artist Sarah Morris and even supermodel Kate Moss.

7. As a result of these constant collaborations, Le Pliage nylon has been done in 150 colors and prints.

8. The bag comes in several sizes and a choice between short and long straps. Over the years, its tan leather component has also been done in other neutral colors like black and white.

9. Le Pliage nylon was a tough act to follow, as it took Longchamp’s designers 19 years to produce Le Pliage Cuir or leather. Since it had to fold, the bag had to be made of soft but sturdy leather. They finally found the right material in 2012—supple Metisse leather from goats and lambs.

10. Introduced last year, the structured and covetable Le Pliage Heritage inspired by Le Pliage nylon  is a misnomer of sorts. Made either of cowhide or leopard-print faux fur, it’s anything but pliable.