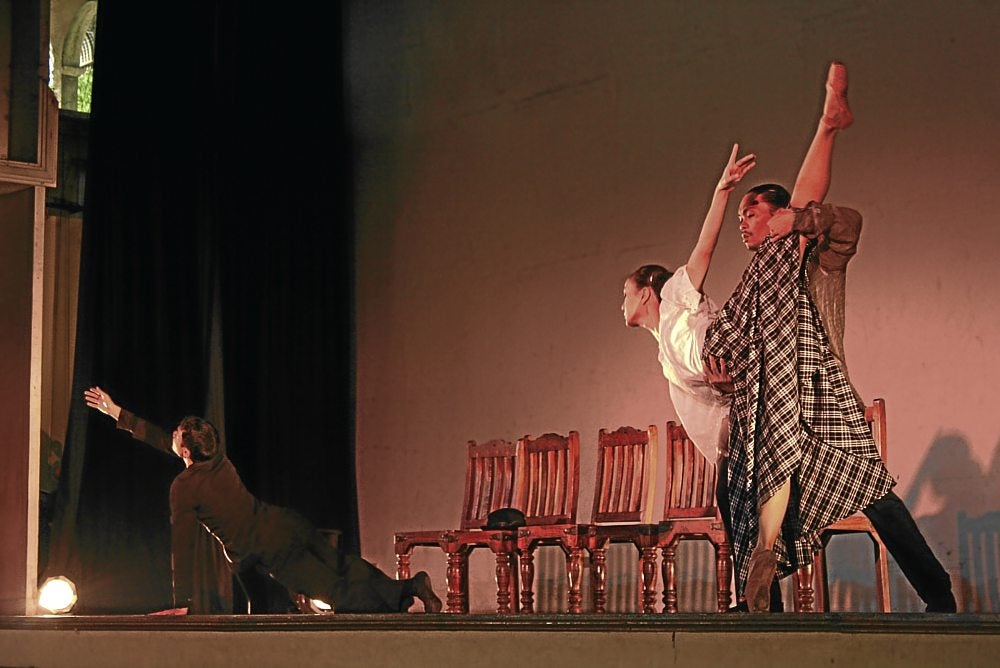 Paul Morales, caught in the act 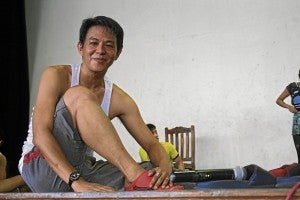 At an intimate birthday party for the choreographer Denisa Reyes at the Syquia apartments in Malate, Paul Morales startled us with an impromptu performance. There we were, lolling about, giddy with the wine and the outrageous talk and laughter, when Paul, unassuming in T-shirt and jeans, stood up from where he was spread out on the homey wooden floor.

With his right foot – we were all barefoot, I don’t know why – he began to trace the contour of the body of his male companion, who was still reclining dreamily. Finished with the routine, Paul started again, flicking his foot on the supine body this way and that, as if his foot were a paintbrush. Or a tongue. Paul shifted to his other foot. And then he lunged dramatically towards his friend on the floor. They wriggled in a tight embrace.

Slowly, Paul emerged from that mesmerizing cocooning, and he began to sort of walk away. He paused and turned to look back. With an economy of movement using his hands, shoulders, and head, he intimated doubt and regret and longing and, well, forgiveness? He strode back, extending a solitary arm which was more tentative than demonstrative, and then melted on the floor in an unforgettable delirium of bliss.

Morales is on his third year as the artistic director of Ballet Philippines and was touring his first full-length ballet, “Crisostomo Ibarra.”

Watching it at culture-savvy Liceo de Cagayan University in Cagayan de Oro City last week – the touring production moved on to Central Mindanao University in Musuan, Bukidnon under the aegis of the well-regarded art impresario Nemesio Betanio – I must say this: Finally, on the Philippine stage springs forth an artistic director who seems to have proceeded from the aesthetic and intellectual and maybe even political lineage as the great presences in Philippine theater, namely, Rolando Tinio and Nonon Padilla. 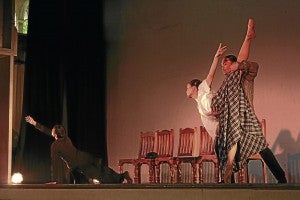 Paul is a wizard of illusion and illumination. He engages your senses to get your mind on the go. He throws you into a mental workout using his mastery of cultural vocabulary – and in this way he speaks his mind without being vocal.

From the blast of an opening scene which revealed to us the dramatis personae with all their quirks, to the witty Alice-in-Wonderland game of chess, to the unraveling of Sisa as a key to understanding the writing on the wall, Paul presents a production that has substance, style and subtlety.

Working on a spartan set consisting of moveable chairs as well as what appears at first glance to be a gigantic picture frame which becomes a mirror and then a doorway and somehow an unassuming peek-a-boo device all throughout, Paul pulls us into a vicarious, vivid, and vital experience of text, context, subtext. The narrative is mere platform for our excursion into the dynamics of the essential encounter.

If you will recall, Paul directed “Noli Me Tangere” for Tanghalang Pilipino way back. But in a full-length ballet, he certainly has to do away with all the philosophical discourses and the acrobatics of the spoken text. What to do? He juxtaposes choreography with videography, and this dynamic seesawing of irony and insight imbues the stage picture not so much with motion and emotion as with the electric jolt of meaning.

And fun. Noordin Jumalon, once the BP head, appears onscreen in full costume, striking an iconic pose that signified the hauteur of the principalia, and just when you think that, hey, hasn’t he passed away and been laid to rest a few days back, the image you are staring at on the wall begins to move, and what you thought was a photograph turns out to be a video.

Such a Harry Potter frame of mind, where the ghosts of the past linger in the present.

This sense of the ethereal is given full play by the angel that appears every so often on the video screen. A throwback to “Angels in America,” the stage anthem of the AIDS-inflicted age, this image actually bedeviled even our national hero, Dr. Jose Rizal, at a time when America had yet to register in our national consciousness. His characters think of angels and are troubled by them. By flirting with this image, Paul asserts his personal and political readings of the larger social cosmos in which Rizal’s story continues to play out.

The whirl of dynamics is enhanced by the soundscape designed by Jethro Joaquin and the original music composed for five instruments (oboe, bassoon, violin, cello, and piano) by Jed Balsamo: a jaunty, spasmodic auditory experience that cues you into a contemporary reading.

Take the mirror scene, which allows two pairs of male dancers to command the stage. It evokes for me the idea that in discerning who we are, we find resonances of ourselves in our encounters with others, and we therefore have to stand guard so that, as the French philosopher Gabriel Marcel warned, we do not become who we are not.

Paul Alexander Morales grew up in Davao and became interested in dancing while watching his girlfriend study dancing at Agnes Locsin’s Dance Studio.

He pursued theater arts in UP Diliman. “I did a lot of dancing in a class production of ‘Hair’ in 1986,” he said. In 1988, he joined the CCP Dance Workshop. This led to his initial involvement with Ballet Philippines.

“But BP insists on 100-percent loyalty, and I was doing other stuff,” he said. He and his college chums put up the cutting-edge Dulaang Talyer. Then he went to London on a scholarship offered by the Transitions Dance Company.  “Now, I’ve come full circle,” he said.