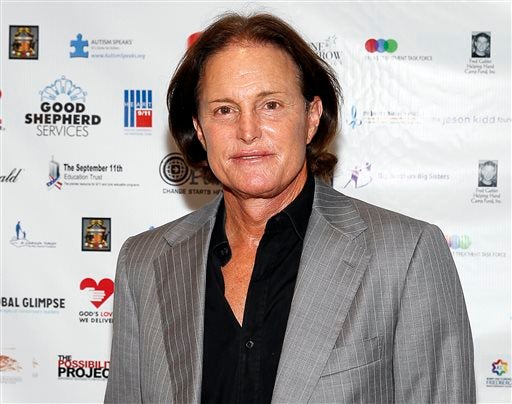 In this Sept. 11, 2013, file photo, former Olympic athlete Bruce Jenner arrives at the Annual Charity Day hosted by Cantor Fitzgerald and BGC Partners, in New York. Jenner made his debut as a transgender woman on the cover for the July 2015 issue of Vanity Fair. The image was shot by famed celeb photographer Annie Leibovitz. PHOTO BY MARK VON HOLDEN/INVISION/AP

What Went Before: Bruce Jenner

In April, Olympic gold medalist and track-and-field superstar Bruce Jenner announced in a television special that he was transitioning from male to female, amid reports that he was in the process of becoming a woman.

A decathlon champion during the 1976 Montreal Olympics, Jenner broke his own world record and was elected to the US Olympic Hall of Fame in 1986. Apart from being an Olympian, Jenner was also an actor and a sportscaster.

Jenner has six children with three wives—Kylie and Kendall with third wife Kris; Burt and Cassandra with first wife Chrystie Crownover; and Brandon and Brody with second wife Linda Thompson.