What happens when Juan Carlos de Terry and wunderkind Bruce Ricketts get together | Lifestyle.INQ ❮ ❯ 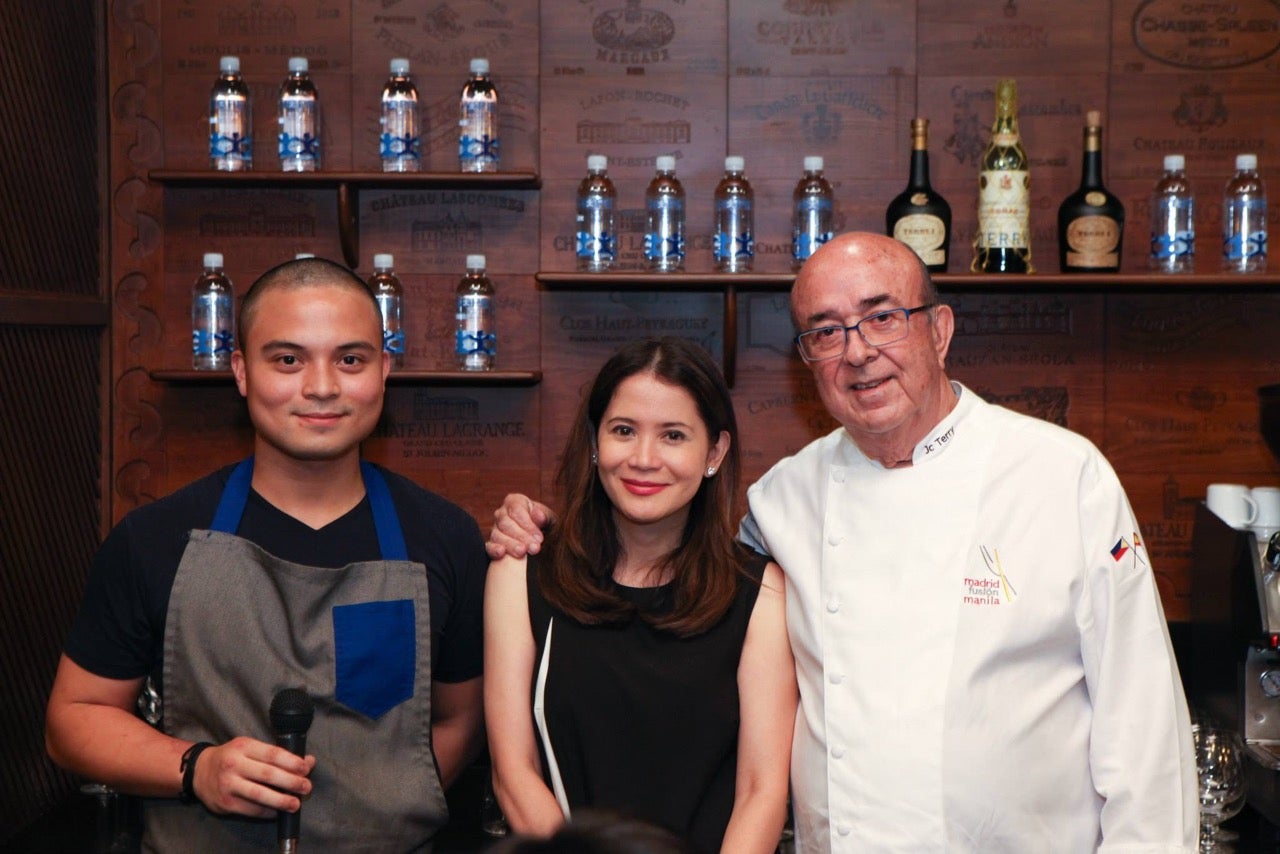 When Franz Schubert was trying to earn a living as music teacher at the estate of Count Johann Esterházy, he fell hopelessly in love with one of the children he had been employed to teach, Karoline.

She was beautiful and highborn while he was a penniless musician, so there was never any hope of a union between them. But Schubert wrote some of his most entrancing piano duets specifically so that they could sit at the piano and play them together.
It has been suggested that he wrote in some high notes so that he could reach over and brush up against her: the closest that he could come to physical closeness with the aristocrat’s young daughter.

Piano duets are rarely born out of a need for greater musical forces, but more out of intimacy, harmony and mutual respect.
And so it was with a collaboration between one of the most veteran chefs in Manila, Juan Carlos de Terry, and wunderkind Bruce Ricketts, whom he had developed an avuncular bond with.

Their “four hands” team-up at Terry’s restaurant recently was a product of this unexpected mentoring and friendship, helped along in no small part
by Berna Romulo Puyat, the undersecretary of agriculture, who helped reconcile the different approaches to cooking of the two chefs.

De Terry is classical and structured as much as Ricketts is inventive and improvisational; even Ricketts’ brief, vague descriptions on the menu cards hinted at concepts still awaiting execution.

A closer analogy might be a piano duo (a piece played on two pianos side by side), rather than a piano duet. Piano duos are rarer in the musical canon, not just because it’s less likely that one will find two pianos in the same household or music hall, but also because it’s hard to find two performers of equal stature who won’t eclipse each other and can swap Primo and Secondo roles.

The menu card showing back to back De Terry’s famous Hitchcock-like profile and Ricketts’ boyish looks, hinted at their alternating roles: A dish by one chef would be followed by a dish by the other in degustation format, with two main courses and two desserts.

One followed the other in counterpoint; it was not a competition but a conversation.

By the time everyone sat down for dinner, most had had the first of the chefs’ inventions: grape stuffed with oysters and apricot hanging perilously above a champagne flute.

One would have imagined this to be a Ricketts dish, but it was actually De Terry’s.
The oyster’s flavors were echoed in the first seated appetizer, oysters with pea juice; it was typical of Ricketts, a whole lot of other things not on the menu he explained but which we promptly forgot.

The highlight of the evening on Ricketts’ side was undoubtedly the cryptically named Tuna in Summer Flavors, which was a fiesta on a plate: crisps made from different varieties of heirloom rice; heirloom tomatoes from Bukidnon with cantaloupe and watermelon; and meltingly fat tuna.

De Terry’s masterpiece was the main course of a Capricho (which I believe is Spanish for “Bulaga, bet you weren’t expecting this!”) de Iberico: rich, yielding pork cheeks with a vanilla-infused jus, and a creamy risotto made from adlay, an indigenous grain that is rapidly finding favor in high-end restaurants.

Piano duets, or duos, present problems not usually faced by a soloist or orchestra member, where the timing is kept by a conductor, and each performer must sense the other’s dynamics so that one’s pianissimo matches that of the other.

Initial skepticism as to how the menu items at Terry’s— known for Spanish comfort food done with classical rigor— would mesh with Mecha Uma’s Japanese-inspired impromptu creations, was quelled as we worked our way through the menu.

All of it was washed down with a generous selection of wines. A particularly fine white, a dry Tokaji from Hungary (as was the Countess Esterházy), was the star of the evening.

We try our best not to write about dining events that are not accessible to the public. In this case, however, we were very happy to hear that a reprise is in the works, though no dates have been set.

It was a benefit dinner priced at P4,000 per head, with wine. At this level of quality and creativity, it’s well worth it.

Gastronomic collaborations, like musical ones, can only get better with familiarity. They are also proof, images of the tortured genius notwithstanding, that the best boon to creativity is other people, whether it be an unrequited love for a Hungarian countess, or the unexpected friendship between two chefs who are more similar than they are superficially different.