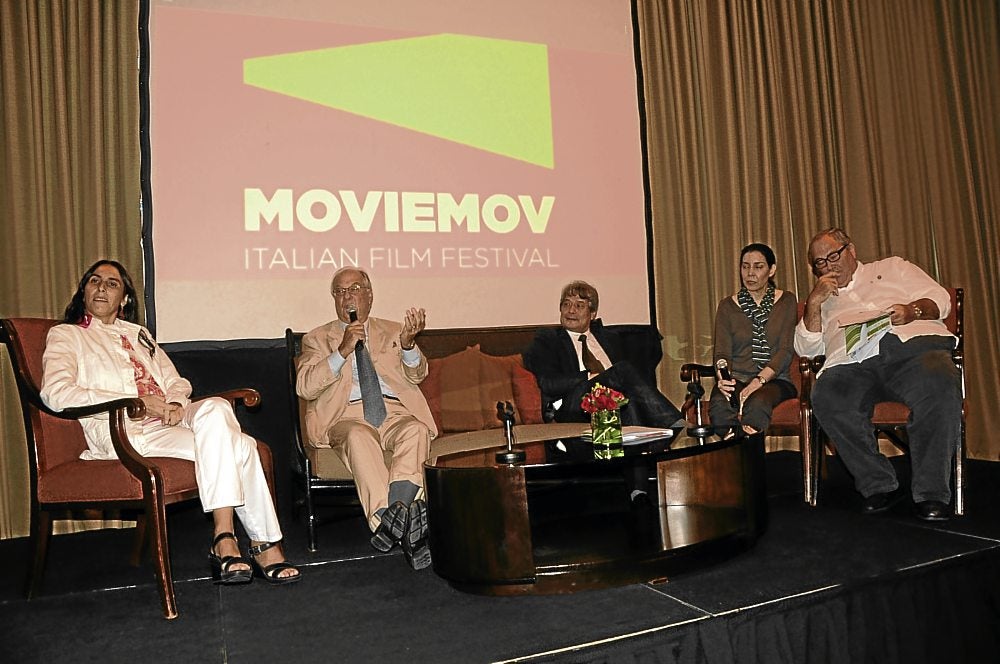 Avanti! Italians on a cultural offensive 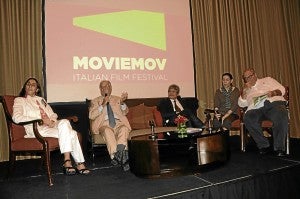 Avanti. The Italians are on a roll – that is, on a cultural offensive in Asia, promoting their contemporary cinema in, specifically, the Philippines, Thailand and India. And they are threatening to do this every year in the capital cities of Manila, Bangkok and New Delhi.

The cultural invasion, most welcome to cineastes, will take the form of an Italian Film Festival (Moviemov). The (Metro) Manila leg of the film fest will be held November 9-13 at Greenbelt 3, Makati City. Admission is free.

This was announced at a recent press conference at The Conservatory, Manila Peninsula Hotel, sponsored by the Italian Embassy, with Italian Senator Goffredo Bettini as main speaker.

Speaking through interpreters, Bettini said: “Asia is an emerging region with a big market [for films], and yet the new Italian movies are not known here. Only the great Italian masters are known. The new film directors are not known, compared to the American directors…”

Italian cinema today “is rich in talent and expresses the hopes of Italian society,” the senator added.

So, why Manila in particular?

“Because Manila has a big and popular cinematic research,” Bettini said. “Manila is known for this. Another reason is that Filipino society is dynamic, and there are a lot of friends of Italian cinema with whom we have collaborated in the past. And here, we have a very dynamic embassy.” 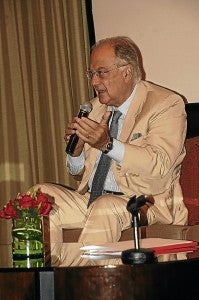 Summing up, Bettini said the objectives of the film fest are “to promote Italian films to the whole world, particularly in Asia; to develop friendship between Italy and the host countries; to favor all sectors of society and to speak to the youth, in particular; to develop indie film festivals like Cinemalaya and CineManila; and also, to present the best and most fresh Italian products.”

There will be Italian VIP guests headed by director Dario Argento, workshops by Argento and prize-winning composer Franco Piersanti, and round-table discussions between Italian and Filipino filmmakers. 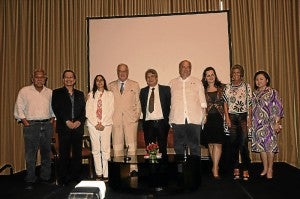 Asked why Mendoza was included, Bettini (through Cultural Attaché Emanuela Adesini, one of the interpreters) said: “We have cultural collaboration with him and he’s been a part of the festival in Rome. He is a very fundamental figure in Philippine cinema, and to me, he is a historical figure.”

There will be a red carpet during the festival and so, “everybody will be a star because everyone will walk through the carpet,” Adesini quipped.

One media person asked why there were no films on food and fashion. To which Adesini, drawing laughter, replied: “We are already known for these, so we wanted something more than food and fashion!”

But there was no getting away from food; it had the last laugh. As the senator noted: “Filipinos, like the Italians, like to sing, watch movies and enjoy food.”