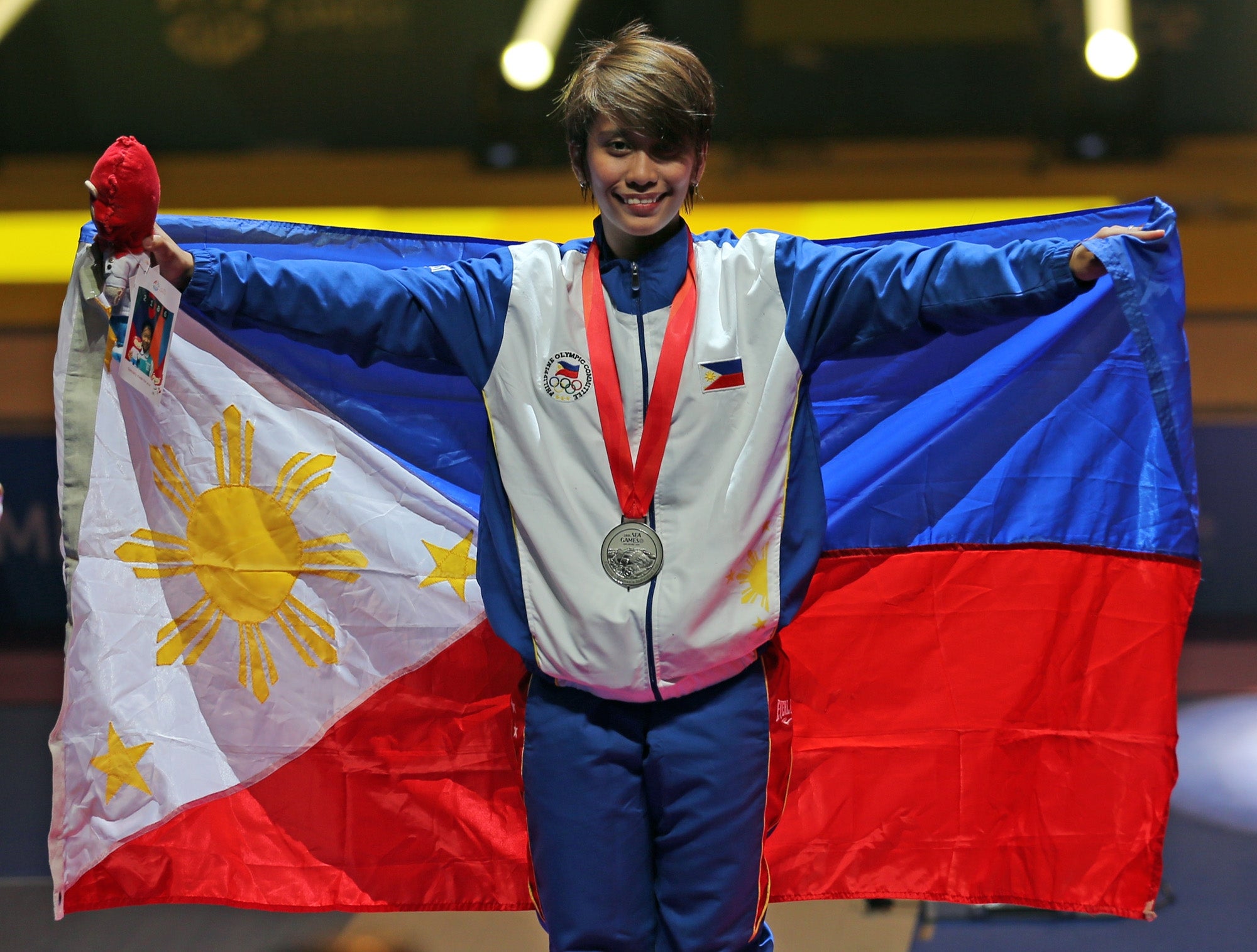 EIGHTEEN-YEAR-OLD fencer Justine Gail Tinio’s silver medal win at the 28th Southeast Asian (SEA) Games in Singapore on June 3 is a celebration of two “firsts.” It’s the country’s first medal in the ongoing competition, and also Justine’s first time to compete in the biennial sporting event. Justine said that she wasn’t really expecting to win. “The paths to the medal bouts are not easy,” she noted. But in the quarterfinals, she defeated Vietnam’s Thi Anh Do, to whom she previously lost in a match held in Manila. Justine also pulled another impressive victory in the semifinals against another Vietnamese, Thi Hoai Thu Nguyen, before bowing out in the gold medal match against Singapore’s Wenying Wang.

“I felt nervous with my Vietnamese opponents, especially with Anh Do, because
she defeated me in a previous game. Also, I didn’t have an assurance
that I can beat her this time so I just prayed and did my best,” said Justine.

“Whenever I step on the piste, I always tell myself that I have to beat my opponent.” Justine cited her coach Rolando Canlas for motivating and pushing her beyond her limits.

“I owe a lot to my coach because he didn’t give up on me and he always gives
me private lessons and a lot of motivation for the SEA Games,” she pointed out. Not quite satisfied with her performance, the two-time UAAP MVP of the
University of the East is determined to cinch another medal along with teammates Wilhelmina Lozada and Keren Pangilinan in the women’s foil team
event slated today, June 6.