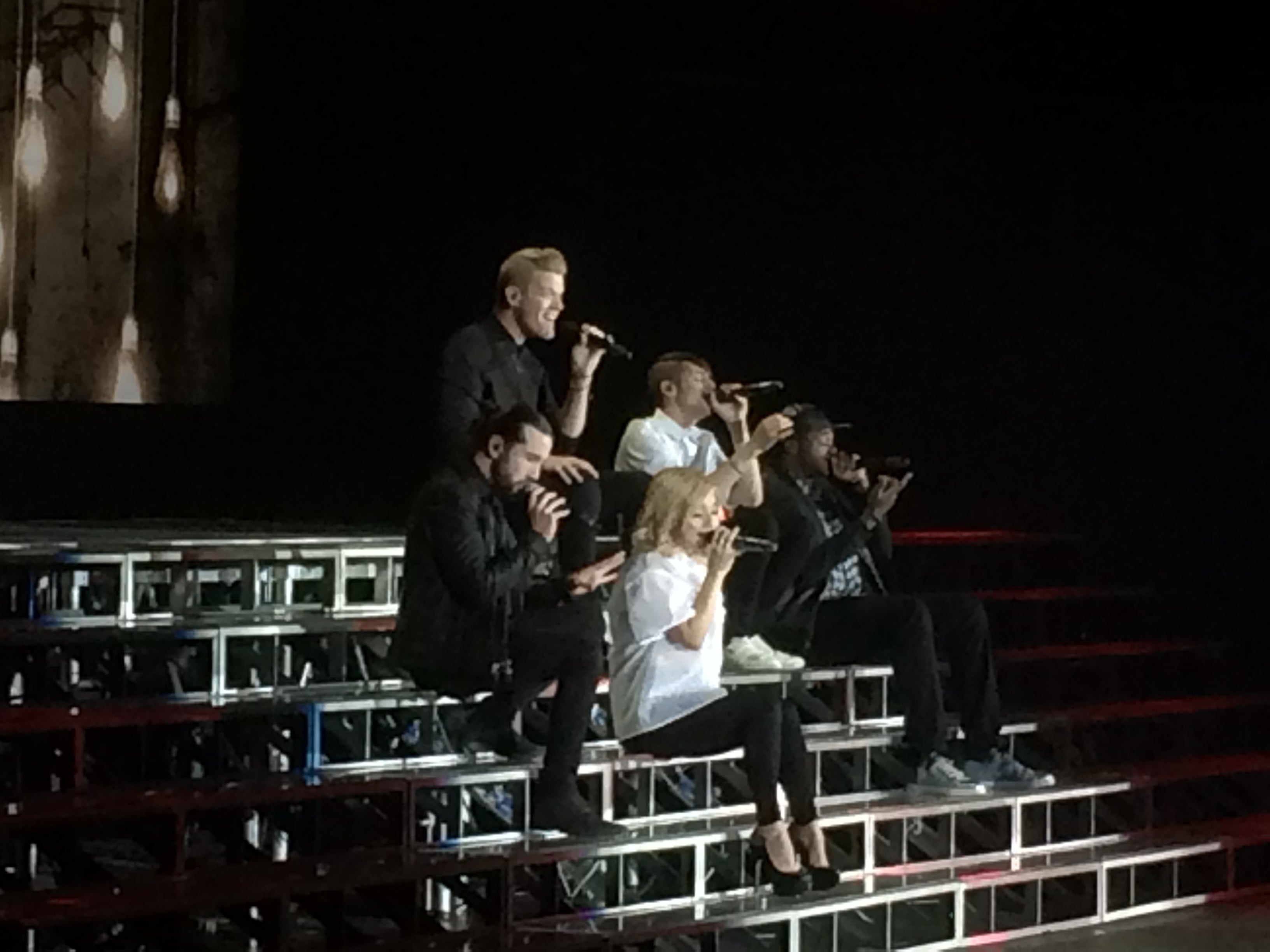 The five members of Grammy-winning American a cappella group Pentatonix kept saying they were overwhelmed by the wild reception of the crowd at the group’s concert Saturday night, June 6, at Smart Araneta Coliseum.

Whether that was a standard spiel did not matter; apparently thousands of kids love the group and they showed it through almost non-stop screaming before and after every song.

The show, which ran only for a little over an hour, was rather short by foreign concert standards, but understandable since it could be physically draining to sing and vocally simulate musical instruments at the same time.

In any case, the audience was treated to a brilliantly arranged repertoire of covers including the epic yet compact “Evolution of Music,” and a couple of originals like “That’s Christmas to Me,” which Pentatonix member Scott Hoying said was a bit off to hear in June, but sounded refreshing even as the group dropped their mics for a truly unplugged rendition.

Each member had a peculiar trait and role which shone all night: Mitch Grassi and Kirstie Maldonado handled the high vocal parts with aplomb; Hoying led the melodies with confidence; Avi Kaplan and Kevin Olusula exhibited an astounding mastery of vocal bass and percussion.

Not since Bobby McFerrin has there been an cappella act this phenomenal.