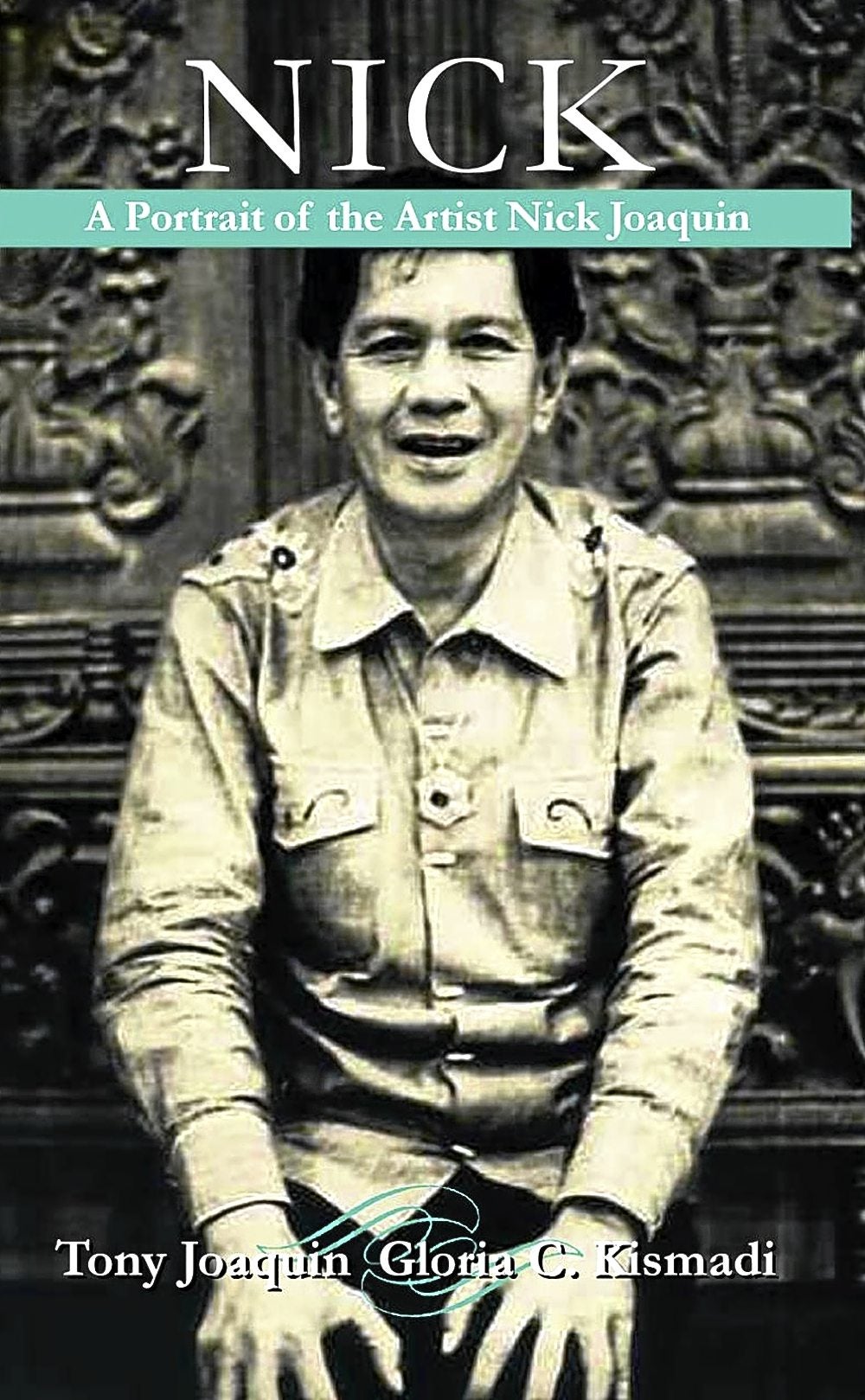 There’s something about Nick: Book tells all

The book was the novel “The Woman Who Had Two Navels,” the first Stonehill Award by the Philippine PEN, published in 1961 by Regal Publishing Co. and the dedication from the author, dated Feb. 25, 1970, read: “To dear Amadis, the climate of whose generation I helped to create. Nick Joaquin.”

You might say that Old Nick—along with Baby Orosa—discovered me as a short story writer by publishing three of my stories in 1969-70 in the Philippines Free Press, where Nick was literary editor. By the time I wrote the third story, “Children of the City,” I was with the Graphic, published by Don Antonio Araneta and edited by Luis (“Monk”) Mauricio. Pablo Tariman was a fellow staffer.

Ninotchka Rosca became Graphic managing editor after Monina Mercado had gone on leave, and she had just published one of her short story masterpieces, “A Parable of Evil,” in the Free Press. For writing in that rival magazine, Ninotchka had expected to be scolded by Don Antonio, but they let it pass.

And so I myself was emboldened to submit my “Children of the City” to the Free Press. And what do you know, it won a Palanca Award, where I was up against such masters of the genre as Resil Mojares and Butch Dalisay. It was my first and last Palanca Award.

Nick had many friends but only a few could be admitted into his inner circle, like the Lacaba brothers—Pete, the legendary poet-warrior Eman, Tony and Billy. Anyone who was not close to him and had the cheek to call him at home was told by an aide: “Nasa (he is in) Zamboanga!”

Our paths crossed again in the 1980s when, with some friends and colleagues, we set up Raya Media Services. This was headed by Billy Lacaba, and so Nick became a kind of consultant. The office instantly became alive when he strode in, demanding his beer and pulutan (bar chow). He would interview celebrities right there, like Armida Siguion-Reyna, UP president Dodong Nemenzo, and some such government official or Cabinet member.

And if the interviewee could sing, Nick would exclaim, “Where have you been all my life?”

Like everybody else, I was a bit awed by Joaquin’s genius: short-story writer, novelist, essayist, journalist, translator, biographer, historian (“A Question of Heroes,” Manila My Manila,” “The Aquinos of Tarlac”) and playwright.

Of the plays he wrote, the most memorable is “A Portrait of the Artist as Filipino,” which he described as an elegy in three scenes. It reached 65 pages in the book “Tropical Baroque” (1979) published by National Bookstore, which included “Tatarin,” “Fathers and Sons” and “The Beatas.”

“Portrait…” was considered unstageable when read by experts like Sarah Joaquin (“the family Bernhardt,” according to Nick) and director Lamberto Avellana. So Avellana, as Naty Crame Rogers (who played Paula) told me recently, came out with an “acting version” as against the “writing version” that was the original.

Nick, who wanted his plays staged exactly as he wrote them, reportedly did not like the stageable version.

“Portrait…” has been staged countless times in many versions and mediums. I can relate to it because, among other reasons, some of the characters are said to be loosely based on forebears.

I first saw the Avellana film version in 1965 and was deeply moved, especially by the ending and its soaring prose. When the film was beautifully restored and shown at the Cultural Center of the Philippines recently, I was close to tears. Many actually cried. Tita Naty, the only surviving cast member, was present.

And now comes the news that “Portait…” will be reinvented as a movie musical, “Ang Larawan,” starring Joanna Ampil, Rachel Alejandro and Paulo Avelino, and produced by Girlie Rodis and Celeste Lepaspi, libretto by the late Rolando Tinio, with music by Ryan Cayabyab.

Truly, we have not seen the last of this dear old warhorse.

‘Ang Larawan, The Musical’ makes the leap from stage to screen

Nick Joaquin: ‘Those who displayed an enjoyable recklessness’