Matt Damon is out of this world | Inquirer Lifestyle ❮ ❯ 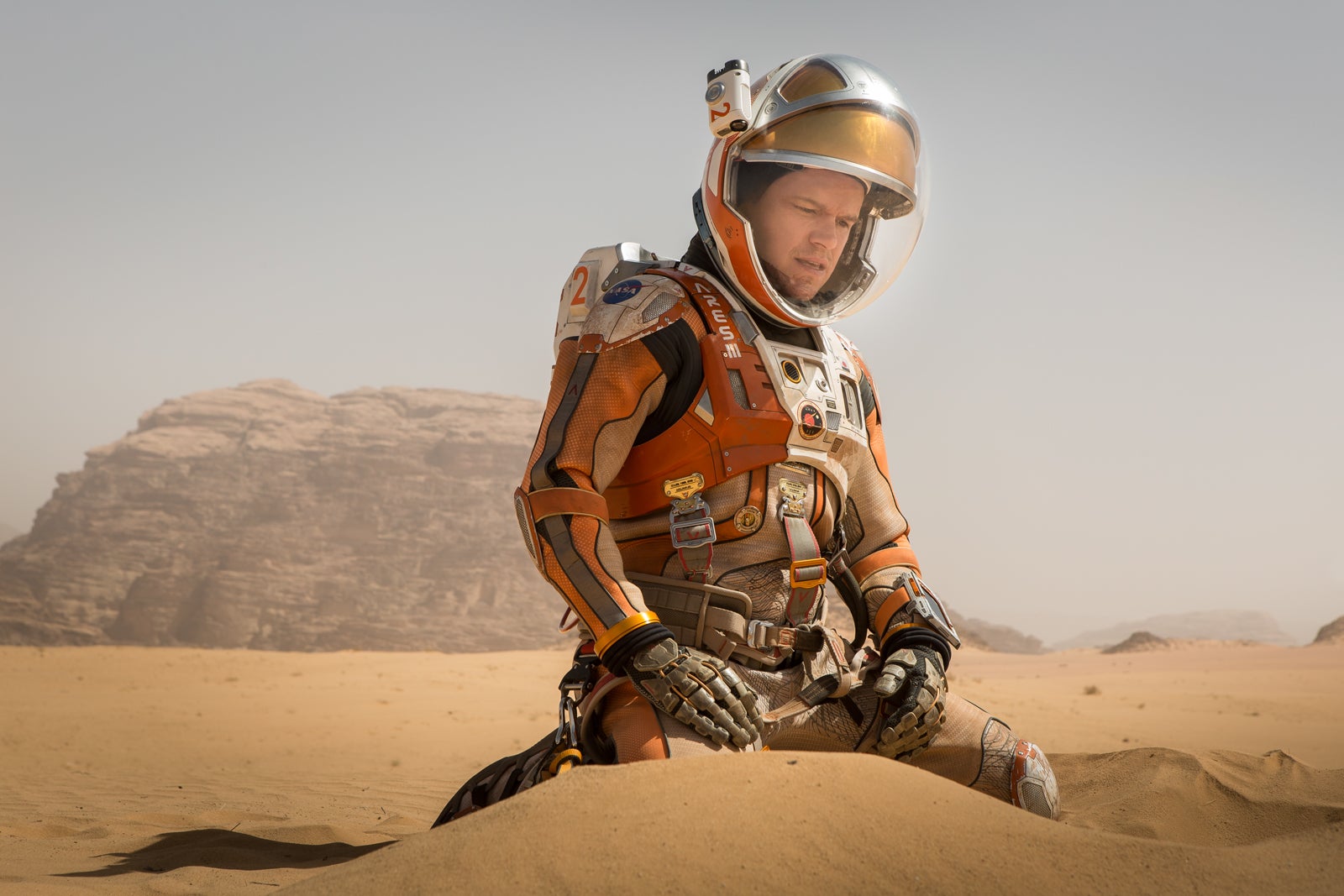 Matt Damon is out of this world

Hong Kong—While he has made a living playing the winning everyman on film, Matt Damon has an otherworldly presence in person. It’s those icy blue eyes, so bright they seem unreal; but there’s also that smile, so easy it seems like something Hollywood hasn’t changed.

Damon is literally out of this world in his new film, 20th Century Fox’s “The Martian,” set for release later this year. But his character, the astronaut Mark Watney, is extraordinary because of what he must overcome and how he goes about it.

Based on the best-selling novel by Andy Weir, “The Martian” focuses on Watney, who is stranded on Mars and presumed dead by his team.

But Watney is alive and must now struggle to survive and find a way to contact Earth.

“It’s more rooted in science, not necessarily science fiction,” Damon tells Inquirer Super. “It’s set a few years into the future because we haven’t been to Mars yet. But we will go very soon, so it’s all rooted in fact. The writer of the book, Andy Weir, talked a lot about wanting to ground the book completely in science, so everything the character Mark Watney does is plausible. To sustain his life, he takes all the steps a very smart person would in his situation, so it feels less futuristic than other science might.”

Considering Damon can get pretty much anything made, what does he look for when signing up for a movie? “It’s usually the director,” he explains. “If it’s a great director, I’ll do it. And this had Ridley Scott so it was a really easy decision for me.”

The 44-year-old Damon notes that Scott (“Blade Runner,” “Alien,” “Gladiator”) is known to be gruff and abrasive, but he loves working with him nonetheless because of the director’s straightforward and collaborative style.

“I can see how he earned that reputation, but I appreciate those qualities in him. I see them as a plus because he just doesn’t suffer fools. Ridley’s, like, if it’s no good, he’d say, ‘That’s terrible!’ As somebody who’s been doing movies for 20 years, I love that because you solve problems a lot quicker.”

Sci-fi is not new to Damon, as he has appeared in “Elysium” and “Interstellar,” but his connection goes back to 1977 and the introduction of “Star Wars Episode IV: A New Hope.”

That year he turned seven: “Our local movie theater played it for months. There were days my brother and I would sit through it twice. The idea that you could get transported to another galaxy just blew my mind. I was the perfect age for it.”

But Damon didn’t get to work with most of them. “I had only a few scenes with Jessica. Then there was the whole NASA (National Aeronautics and Space Administration) side of the story and I don’t interact with them at all… My favorite actors like Chiwetel and Jeff—I see all their movies and yet I didn’t even get to work with them here.”

It reminded Damon of shooting “Saving Private Ryan,” when he arrived on the set after most of the film had been shot. “‘The Martian’ was like that,” he says. “It was funny.”

He flashes that quick wit when he recounts asking Scott in jest on the set about the presence of extraterrestrial life. “I would joke, ‘Hey, is this the scene where we’re going to see the Martian? No, he’d say, you are the Martian!’”

The first trailer for “The Martian” can now be viewed on the 20th Century Fox (Philippines) Facebook page and on 20thcenturyfoxph on YouTube.