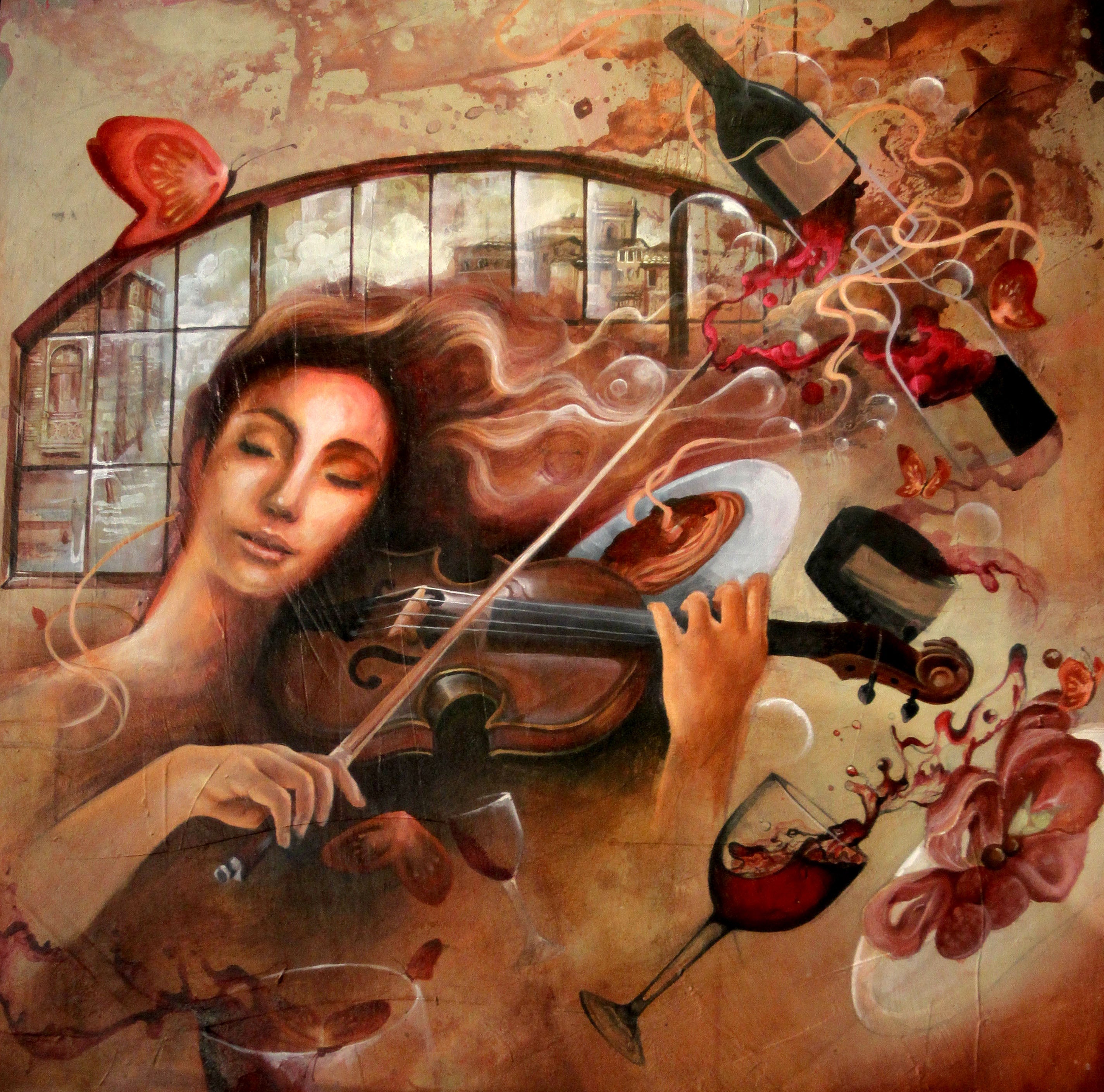 A SURREAL painting of a woman playing the violin while tomatoes turned into butterflies and wine bottles floated in space scored the first Caruso Awards.

The contest focused on presenting Caruso Italian restaurant’s mood and cuisine in a creative manner. Young artists from the restaurant’s partner, Galerie Astra, participated in the event.

While most of the winners favored a surrealistic approach with a one-dimensional perspective, the second prize-winning entry by Dennis Francisco stood out for its abstraction. It presented people eating at round tables, and waiters interspersed between a network of lines and volumes of houses that visually added depth.

Jay Lenver Penafiel merited the third prize for his painting of a woman playing the piano against a backdrop of restaurant tables and a landscape of an Italian town.

John Tejones’ whimsical painting of a woman enjoying a meat dish in the restaurant placed fourth.

Caruso Awards 2015 was organized by restaurateur Emilio Mina and his business partner Dario Gardini. It was patterned after Premio Bagutta, a prestigious annual literary contest that started in a restaurant in Milan.

The winners were judged by votes from a panel of artists and Caruso’s customers.

The awarding ceremonies were held at Galerie Astra. In keeping with the restaurant’s advocacy for the arts, friends such as pianist Raul Sunico performed the classics. McDonald’s Philippines chair George Yang, composer José Mari Chan and singer Arthur Manuntag regaled the audiences with Italian and popular music.

On his impression of the winning entries, painter Allan Cosio commended Francisco’s maturity and optical effects of recession by the bold contrasts of color and lines.