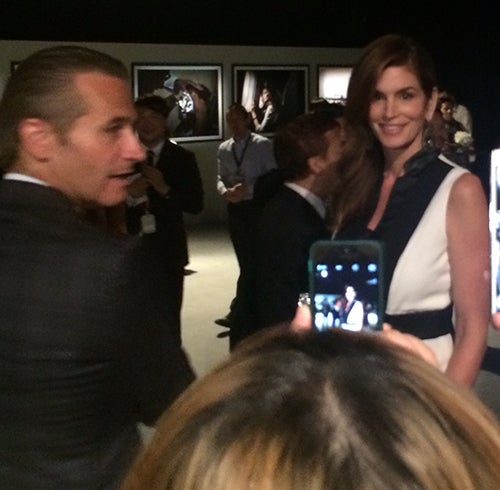 HONG KONG — Orbis and luxury watch brand Omega invited select media and VIPs to the screening of “Hospital in the Sky” in Hong Kong.

Cindy Crawford is Omega’s longest running endorser and they were thrilled that she was interested to do the second documentary in Peru, in partnership with Orbis. The first documentary featured Daniel Craig in Mongolia.

Orbis has been flying all over the world to 92 countries including the Philippines since 1982, helping people with blindness or sight difficulties have a better quality of life by fixing their disabilities. Omega partnered with Orbis in 2011, and even named a watch after it, and a percentage of the sales of these watches continues to help support their partnership.

As Cindy Crawford said in the documentary, “Life is not about what you accumulate, it’s about what you give.” Omega and Cindy have definitely used their brand and name to give to a great cause.