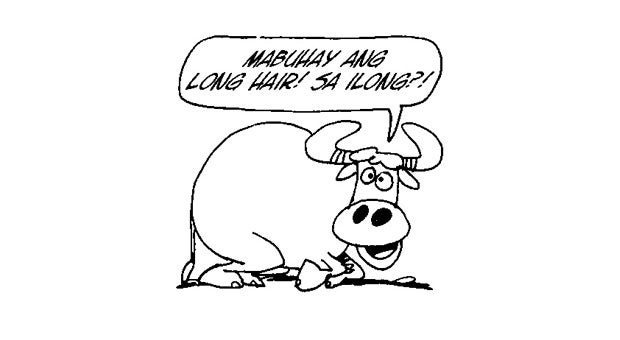 Keep your nose healthy: Wash it with saline solution when necessary or visit a clean beach for some exposure to seawater and resist the temptation of plucking your nose hair, your first defense against the worsening air pollution.

Dr. Ma. Lourdes Enecilla, an ears, nose, throat (ENT) specialist, on Tuesday underscored the importance of proper nasal care among Filipinos, who sniff dangerous particulates from the environment on a daily basis.

“Make sure you pay attention to your nose. Try to keep it healthy so it can function well [and defend the body against the effects of air pollution],” said Enecilla on Tuesday at a press conference organized by pharmaceutical firm Unilab.

The nose has a natural mechanism to filter dangerous particles and prevent them from entering the lungs but repeated exposure to dirty air, both indoors and outdoors, can impair one’s normal nasal activity, she pointed out.

The country’s main air pollutants are vehicles, followed by area sources like construction activities, unpaved roads, gasoline stations and stationary sources, such as factories and waste burning, according to the Department of Environment and Natural Resources (DENR).

Based on the partial results of the National Emission Inventory in 2012, vehicles accounted for 71 percent of the emissions and area sources, 19 percent. At least nine percent of the country’s total emissions are attributed to factories and other stationary sources.

In Metro Manila, 85 percent of air pollution comes from vehicles, 14 percent from area sources and 0.68 percent from stationary sources.

Also at the press conference, Eva Ocfemia, assistant director of the DENR-Environmental Management Bureau, reported that the capital’s air quality situation had worsened. The total suspended particulates rose from 106 µg/Ncm in July-December 2014 to 130 µg/Ncm in January-April this year.

Both figures are beyond the maximum safe level of 90 µg/Ncm, said Ocfemia.

Particulate matter of 10 microns in diameter (PM10) in Metro Manila’s air also jumped from 52 µg/Ncm in July-December 2014 to 62 µg/Ncm during the first four months of the year, two points higher than the standard PM10.

“The first thing that air pollution will affect is our nasal health and this has an impact on our well-being overall,” said Enecilla, a member of the advocacy committee of Philippine Society of Otolaryngology-Head and Neck Surgery.

The World Health Organization (WHO) has reported that urban indoor and outdoor air pollution causes more than two million premature deaths worldwide. Two years ago, its International Agency for Research on Cancer classified air pollution as the leading environmental cause of cancer deaths.

In the country, most cases of noncommunicable diseases (NCD), such as allergies, acute respiratory infections, chronic obstructive pulmonary diseases, cancer and cardiovascular disease, can be attributed to air pollution.

According to the Department of Health, of the top 10 leading causes of mortality in 2008, three were NCDs related to air pollution-chronic lower respiratory diseases, heart disease and pneumonia.

Avoid exposure to nasal hazards whenever possible by practicing proper waste disposal, carpooling and avoiding the use of fireworks, among others;

Wash the nose with saline solution, especially when symptoms appear such as postnasal drip and congestion; and

Check for “warning symptoms” that could indicate a more serious health condition.

She said several studies had proven that washing the nose with saline solution or saltwater could help the nose wash away toxic or dangerous particles that enter it. Seawater also has the same effect.

“So if you have nasal symptoms, you can also go to a clean beach and expose yourself to clean seawater to help relieve your symptoms,” she said.