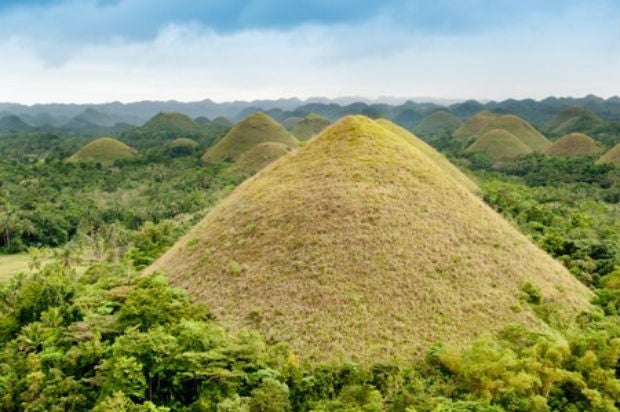 PANGLAO ISLAND, Bohol—Two years after a devastating earthquake, the province of Bohol rises from the rubble as it celebrates its Sandugo festival, promising its guests “complete enjoyment” during its celebration next month.

The annual festivities, held in commemoration of the 1656 blood compact between Boholano chieftain Datu Sikatuna and Spanish General Miguel Lopez de Legazpi, also aim to give tourists a “memorable experience” as they learn about the culture of the province, according to Gov. Edgar Chatto.

“In the ecotourism concept of Bohol, the tourist becomes a learner of the culture of the place, the diversity of the attractions of the area and the environmental programs as he communes with nature,” he told the press here on Wednesday.

The events that comprise Sandugo festival are geared toward showcasing the environmental progress of Bohol as well as give its guests a “local experience” through cultural activities that highlight the title of Tagbilaran, the province’s capital, as the city of friendship.

READ: The Bohol quake a year after and the ruins left behind | Bohol to remember earthquake, people’s unity in rising up again

“Local experience will be at its best as they enjoy the activities and the food,” said Chatto.

One of the main events during the festival is the International Fusion Nights, a food hub that will sell dishes served in Bohol’s upscale resorts and restaurants at a more affordable price.

Rommel Gonzales, president of Bohol Association of Hotels, Resorts and Restaurants, said it was an “opportunity (for the public) to partake (of) the food that resorts are serving their guests,” adding they were not after profits.

“We don’t really earn. It’s just our way to show support for the Sandugo festival,” he told Inquirer.net.

Another highlight of the festival is the TBTK welcome night. TBTK stands for Tigum Bol-anon sa Tibook Kalibutan, or gathering of Boholanos from around the world.

There will also be an agricultural products fair, arts exhibit, motorcade, music festival, pageants, reunions, talent competitions, commemorative programs and street parties, among other events, to mark the provincial celebration.

Lucas Nunag, president of the 2015 Sandugo festival committee, said Bohol aimed for a bigger celebration this year as he gave an assurance that recent incidents of violence in the province would not mar the occasion.

At least two drug-related shootings have been reported in less than a week in the province, according to The Bohol Chronicle on Wednesday.

“Bohol continues to be a peaceful province to visit and do business with,” Chatto said as he encouraged everyone “to be conscious about” and be responsible with regard to matters of security in the area.

Nunag said a tourist police training program had been implemented to better boost the province’s security and tourism efforts.

Chatto said tourism continued to be a “game-changer” in the province, being a lucrative industry that provided jobs and income to the workforce while instilling pride in culture and heritage.

“Sandugo instills in the Boholano pride of place and culture,” Nunag said.

Two years after the earthquake, Chatto said economic rehabilitation was in full swing as businesses were bullish and productivity was high.

Infrastructure rehabilitation, however, was still ongoing, he said, particularly the restoration of old churches. For the meantime, temporary churches have been built to accommodate parishioners.

Also part of the Sandugo festivities, Tagbilaran in cooperation with USAID is looking to launch a heritage walk, an exposure tour that displays historic spots in the city while giving participants a chance to enjoy local delicacies and exchange pleasantries with the townsfolk.

“We want Tagbilaran City to be a tourist destination because previously [it] was just a gateway for tourists,” said Tagbilaran Mayor John Geesnell “Baba” Yap, adding the creation of Bohol Friendship Park was also part of the effort.

A geoscience tour might also be in the works, Nunag said, due to the many geological landmarks that have arisen in the province such as the uplifted coastal areas in Maribojoc.

The province is teeming with tourism products that can be highlighted with proper marketing and branding, says Nunag.

“Bohol is very much in business,” he said.