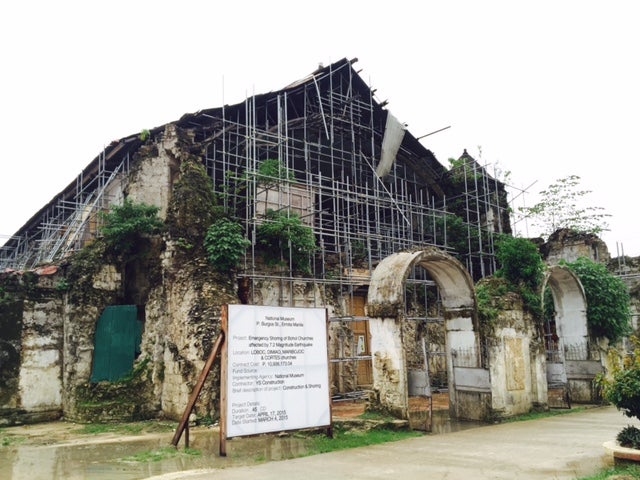 PANGLAO ISLAND, Bohol—The earthquake that hit Bohol in October 2013 made an impact on the economy and infrastructure of the province, affecting business operations and destroying buildings and roads.

Two years later, the economy is back in full swing and productivity is high, according to Bohol Gov. Edgar Chatto.

Infrastructure, however, remains to be a work in progress. While some buildings and roads have been rehabilitated, efforts are still underway in some areas, particularly in the restoration of some of the province’s historic churches.

Bohol is known not only for its environmental wonders but also for its old churches, some of which are built during the Spanish colonial era and considered national treasures.

Depending on the level of destruction of the structure, some of these churches are now undergoing rehabilitation, while others are still on retrieval operations.