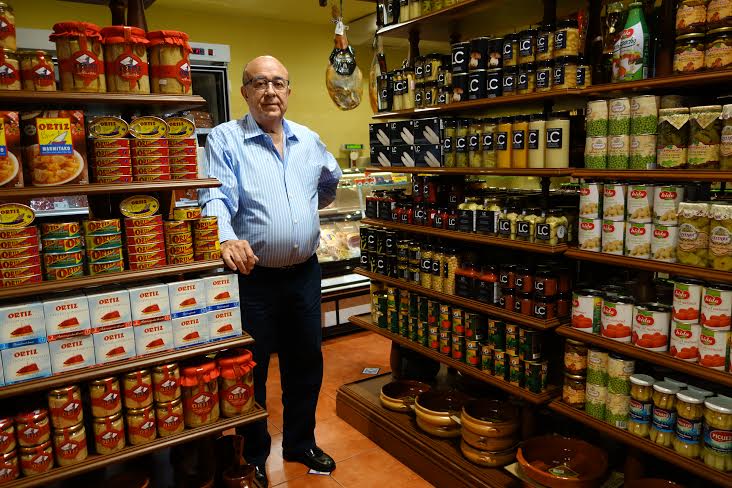 Gastronomic travel amid the windmills of La Mancha

IN “THE Ingenious Gentleman Don Quixote of La Mancha,” one scene has the readers eavesdropping on the conversation between two squires.

Sancho Panza identifies the wine they are drinking as that from Ciudad Real. He boasts of his family’s “great natural instinct” to judge wines, which they can tell by their nose or the tip of their tongue—its country, flavor, quality, soundness, and the changes it has undergone.

He cites two of the best wine-tasters in La Mancha who were once given some wine out of cask. The first said the wine tasted of iron, while the second insisted that its flavor of cordovan was stronger. Later when the owner had the cask cleaned, a small key attached to a thong of cordovan was found inside.

Such narrative shows a people’s knowledge of taste and their pride in what they eat and drink. A number of the novel’s references to food and wine allow the contemporary readers glimpses of the gastronomic adventures in the times of Spanish master Miguel de Cervantes Saavedra.

To commemorate the fourth centenary of the publication of the second volume of “Don Quixote,” a dinner called “La Cocina del Quijote” (The Kitchen of Quixote) was recently held at Terry’s Pasong Tamo. Chef Juan Carlos de Terry presented a brilliantly conceived and charmingly designed banquet, adapted from select dishes and wines mentioned in the novel. This historic event was co-organized by Instituto Cervantes de Manila.

Chef Carlos’ seven-course menu is a magnificent fusion of flavor, literature and cultures. For a starter, trufa de queso sobre nieve de manchego fresco is offered: a delicate ball of dark-chocolate truffle on a bed of white cheese flakes to delight the eye and tease the palate. Manchego fresco, made from the milk of sheep of manchega breed in La Mancha, has a slick texture with a hint of piquancy.

To Carlos, every dish he creates he “does not want people to bring a spoon of food to their mouth but a spoon of culture.” Through centuries of maritime trading to the New World and the Orient, Spain has gained a variety of culinary methods and gathered an array of ingredients and resources, thereby becoming the nucleus of modern culinary culture in Europe. To show the affluence of such culinary union and to infuse history into gastronomy, for instance, chocolate from Mexico is used for the splendid truffle.

Food in “Don Quixote” is that of the every day for the common people, mainly of Castilian-Manchego origin, for instance, bread, cheese, stew, game meat, and cured or salted products. In the beginning of the novel, we are told that Quixote eats “an olla of rather more beef than mutton, a salad on most nights, scraps on Saturdays, lentils on Fridays and a pigeon or so extra on Sundays…”

From ordinary to exquisite

In the clever hands of chef Juan Carlos, the ordinary becomes exquisite, the monotonous turns golden. Of Jewish origin, atascaburras (literally, “to clog the donkey”) is a shepherd’s dish of dried, salted codfish (bacalao) and mashed potatoes, soaked in olive oil, and eaten from the mortar. Converted into a croquette, garnished with calamansi leaves, and nestling on a sweet-spiced sauce of red peppers and vegetables, croqueta de atascaburras al asadillo de Ruidera is thus reinvented.

Gazpacho, bread-biscuit, and garlic are deemed common folks’ fare. “Do not eat garlic or onions lest their smell reveal your peasant origins,” so cautions Don Quixote to Sancho. And in another instance, Sancho affirms his modest background when he declares, “I’d rather have my fill of gazpacho,” than serve as governor of some island.

The dessert—an absolutely ordinary-looking flan—is a miracle of a brilliant mind. A bite of this luscious custard lifts our senses to the highest heaven and enshrouds us with such remembrances of good things past.

Don Quixote’s “scraps on Saturdays” refer to a mixed meal of egg, sausage, ham and bacon. The kitchen in La Mancha calls it “duelos y quebrantos,” which literally means “mourning and losses.” This stems from the experience of the peasants, who get dispossessed of an animal (e.g., a goat fell from a precipice and got killed) and out of grief over their economic loss, they create a dish to eat.

Chef Carlos observes, “Sometimes you have to believe in tradition, tradition is something really historical,” pertaining to Cervantes’ understanding of the people’s philosophy. He points out that Quixote’s penchant for “scraps on Saturdays” also implies that he is neither a Jew nor a Moor (because he cooks on Saturdays and eats pork).

From this, chef Carlos has devised a refined plate: Duelos y Quebrantos Sobre Alboronías à la Crema de Chorizo Ibérico. The petite portion prompts us to dispense with our fear of high calories and simply indulge: red pork sausage, dried pork belly, and jamón serrano in a bowl of egg cream, and on the side, an eggplant stew topped with chorizo sauce.

Intermittently, superb wines from Castilla-La Mancha are carefully selected to befit the elegance of the occasion, including Gran Cueva Cava, Organic Airén, Verum Cabernet Sauvignon from Tomelloso, Syrah from Yepes and Finca Valdelagua.

Chef Carlos compares himself to an orchestra conductor. Sourcing from years of knowledge of ingredients and techniques, he engages and manages these like instruments to produce a majestic symphony. He says, “I have to talk to the ingredients, to be open and welcome to see the signs of ingredients. Then I interpret.” This, to him, is a matter of ethics, and the end goal for each dish is harmony.

The transfusion from literature to gastronomy is a feat of the sublime, of a worthy imagination. More than a feast of plates, Terry’s Quixote dinner is a remarkable compendium of art, history and multi-cultures that have traversed time and space, avowing what is Hispanic, transporting us forward to a Golden Age.

The night of gastronomic marvel was complemented with scintillating conversations on history, religion and literature (our second favorite is Umberto Eco’s “The Name of the Rose”) in the company of intellectual friends such as chef Juan Carlos, Clarisse Lukban of the Embassy of Spain, Alfredo Perdiguero of the Asian Development Bank, and the two gentlemen from Instituto Cervantes.

The Quixote dinner will recur in September, marking the 15th anniversary of Terry’s in the Philippines.