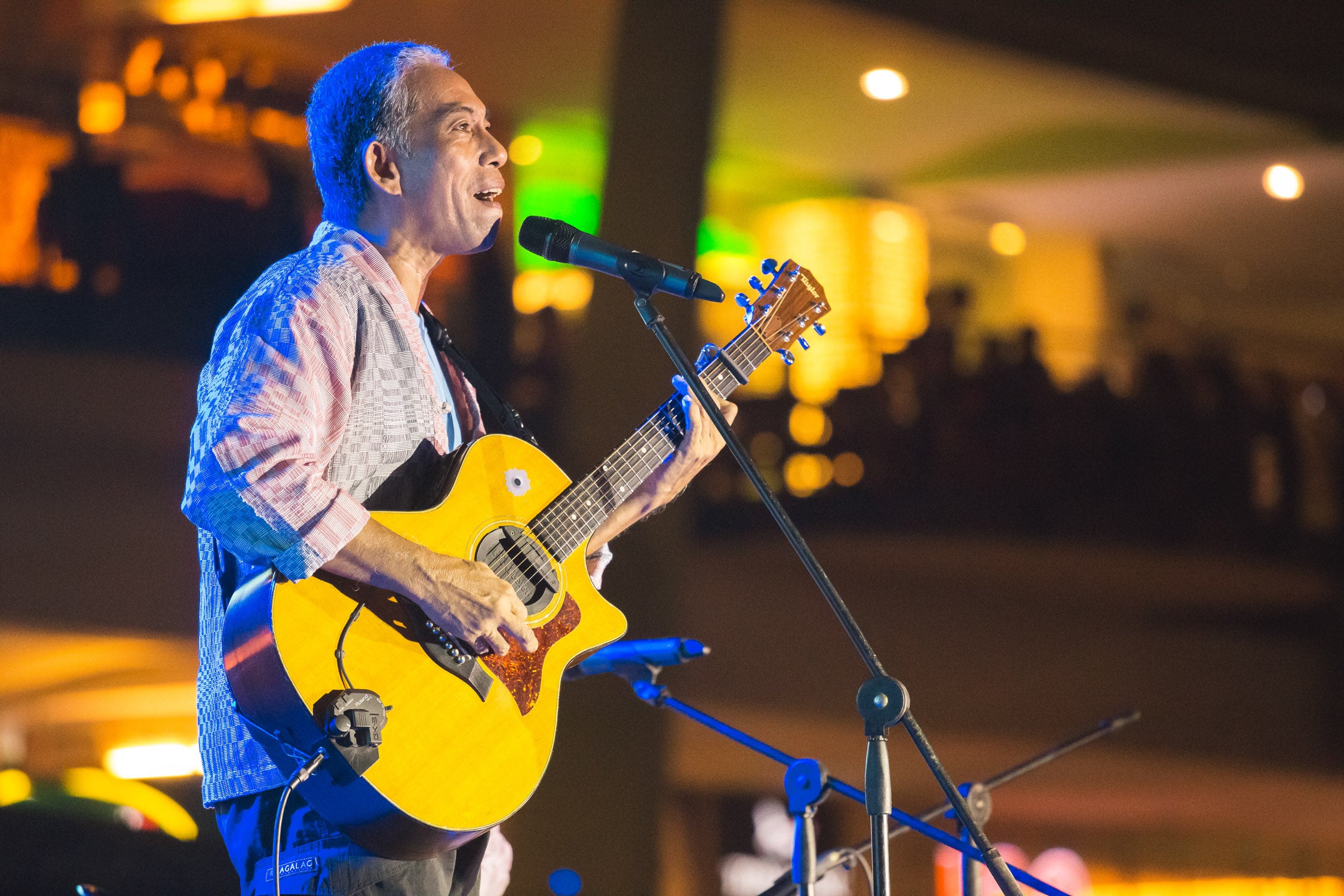 MULTIAWARDED singer Joey Ayala, Morissette Amon of “The Voice of the Philippines” talent contest of ABS-CBN, young classical singer Aretha Angcao and the 450-member grand chorale   drawn from Cebu’s major choirs bannered the Taoid heritage concert of the National Commission for Culture and the Arts (NCCA) on May 23 at The Terraces of the Ayala Center in Cebu City.

The concert was the second to be held for the National Heritage Month (NHM). Last year, NCCA held the first concert at San Agustin Church in Intramuros, Manila.

The concert was graced by NCCA Commissioner Fr. Harold Rentoria, OSA; OIC Executive Director Adelina Suemith, who played the banduria as part of the NCCA rondalla during the concert; Santo Niño basilica rector Fr. Jonas Mojares; and the 450 Voices Chorale.

Father Rentoria, head of the NCCA Subcommission on Cultural Heritage (SCH), said the concert was the culminating activity of NHM. It launched the Taoid heritage program in Cebu.

Taoid, the Ilocano term for “inheritance,” is the flagship project of the SCH.

“The purpose [of the concert] is to make people aware of the importance of our cultural heritage, remind them of how important it is for us to protect heritage structures,” said Father Rentoria.

Heritage does not only include built heritage but also intangible heritage, like traditional music and dance, the Augustinian priest added.

“It is an encouragement for us that, based on the traditional way, we have to come up with new works, invite more people to be creative, to be more artistic,” Father Rentoria explained.

He pointed out that the Cebu concert was also part of Kaplag, the 450th anniversary of the finding of the image of the Child Jesus by the Legazpi expedition of 1565— “closing the monthlong celebration of Kaplag.”

Aside from the Kaplag celebrations, Father Rentorio said Cebu was chosen as this year’s concert venue because the city was the cradle of Christianity in the Philippines and a cultural hub, “since we can find a lot of cultural-heritage structures and [rich] intangible heritage” in Cebu.

SCH member Delan Robillos said the NCCA was happy to celebrate Kaplag in time for NHM and launched the Taoid program in Cebu, if only to better underscore to the public the importance of preserving Philippine culture.

“It is easier to send your message when people are familiar with certain issues,” he said. “The 450th Kaplag celebrations are close not only to the Cebuanos but also to majority of Filipinos. So it’s easier [to impart] the message on the importance of cultural heritage, and it’s easier for the people to embrace it using these celebrations.”

She explained that, by and large, the province had a working conservation-management system.

Concert director was NCCA Public Affairs and Information Office head Rene Napeñas, who thanked the performers for showcasing their talents and successfully imparting the message that heritage “is not boring, not old, but sexy, beautiful and new.”

In heritage, he said, there are new fruits but with ancient roots.

Father Mojares, the singing priest of the Santo Niño basilica, praised the Filipino talent after participating in and witnessing the event, which also showcased the talent of the NCCA rondalla group headed by Suemith.

“The Filipinos are gifted with two things—the gift of faith and the gift of music,” he said.