If I wear shoes that don’t match . . . who cares if I have only one breast? | Inquirer Lifestyle ❮ ❯ 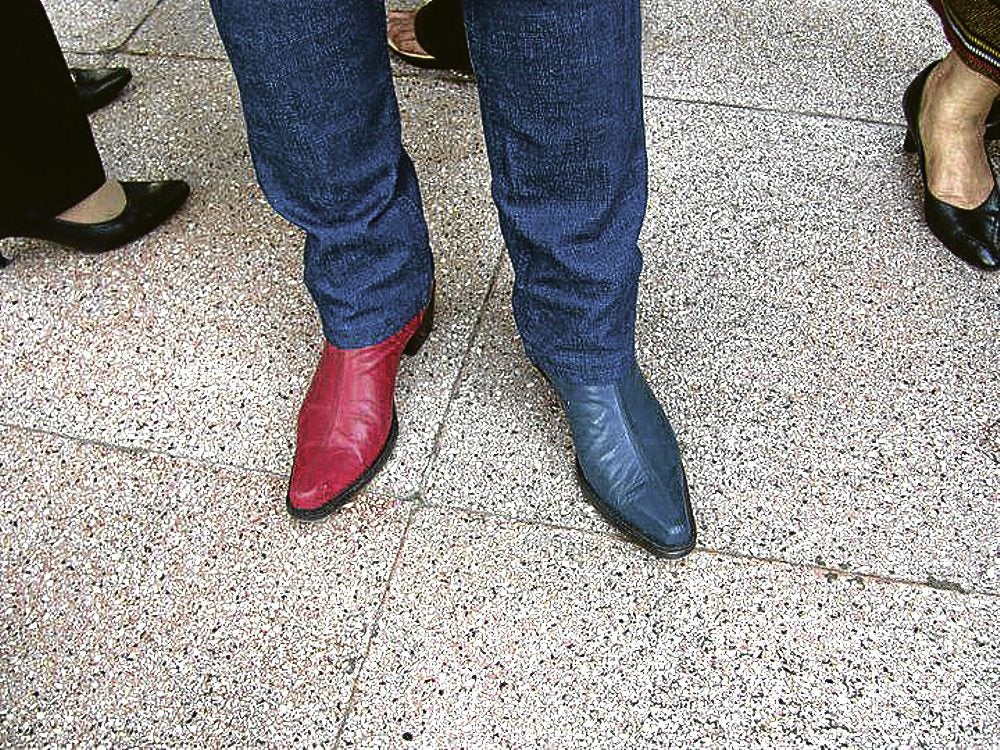 If I wear shoes that don’t match . . . who cares if I have only one breast?

“Well, it’s one for the money, 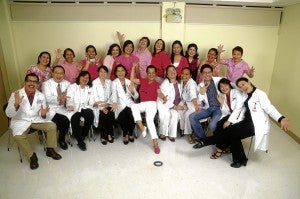 Two for the show,

Three to get ready,

“But don’t you step on my blue suede shoe”

—or you find out the other of the pair is red.

With apologies, of course, to Carl Perkins, who wrote, recorded and made a No. 1 hit of the song way before Elvis Presley did. The original sold a million copies within three months of its release in 1956; the King of Rock and Roll sold “gold” only in 1999, posthumously. But never mind that.

It is one for the money, and always two for the show, whenever I put my mismatched shoes on.

The crisscross of hues works with ballet flats, sport shoes, boots and then some; just think color wheel plus.

Red goes with black. And blue.

I’ve been doing this for a good while now. Good or bad, there’s always a reaction. Some politely look, then roll their eyes, or not-so-secretly exchange glances with whomever they’re with, to telegraph disdain.

But a greater number exhibit (presumable) delight by what on the surface appears to be a middle-aged woman’s refusal to accept convention.

Outside of my monochrome slip-ons for performances of “Mrs. B (The Edith Burgos Monologue),” I’ve had only two “relapses” toward normalcy.

Taking my oath as member of the University of the Philippines board of regents in November 2010, I chickened out and went “properly” shod, following receipt of a memo e-mailed to inductees about what and what not to wear in Malacañang.

Attending the UP graduation rites last April, my first as regent, I opted for black flats as I could not find a maroon (or purple) to go with forest green.

But blue and red boots brought me earlier in February to the Quezon Hall, right behind the Oblation, for the UP turnover ceremonies from one UP president to another.

And at the investiture of Alfredo E. Pascual, 20th president of UP, at the UP Theater in the month just past, I partnered purple with black, a puwede na rin combined with the purple and green toga assigned to regents.

Said Chanda R. Shahani, editor of the online weblog Diliman Diary: “Regent Bibeth’s mismatched shoes signaled to me a lightening of the atmosphere under the new administration of UP president Alfredo E. Pascual, as the administration of former president Emerlinda R. Roman was rocked in its later years by significant policy differences by her administration and the various sectors. Like the mismatched shoes, Pascual symbolized a phenomenon to me that was smart, modern, conscious of the rules, but also witty and inspired enough to think and do things outside the box for the benefit of the country’s only national university.”

The rejoinders are as varied as the possibilities in the blending of shades.

At the airport in Virginia, I was asked: “Lady, are you color blind?” New York City’s Times Square was a different story, May this year. People would stop me, and inquire: “What’s with the black on one foot and red on the other?” I’d tell them, and they’d have pictures taken either with me, or of my unlikely pairing. It must be true: If you can make it there, you’ll make it anywhere.

Helena Bonham-Carter wore green and red shoes together at this year’s Golden Globe Awards, and US Magazine called it a “bizarre look.” Lebron James uses orange and blue, and his critics acknowledge, albeit grudgingly, that it helps him play well. Whatever.

It turns out there’s a market for the buying and selling of such odd couples.

OddShoeFinder.com was established for the 10 percent of the American population who buy two pairs of shoes “due to differences in sizes of their feet” and use, say, the 10½ of the first pair on the right foot and the 10 of the second pair on the left. Instead of having the remaining left shoe of the first pair and the remaining right of the second pair gather dust in the closet, these would be sold or donated to OddShoeFinder.com, for use of “others in a similar situation.”

OddShoeFinder.com provides identical links to other shoe manufacturers and retailers, in the US: Birkenstock and NIKEiD, Grundman Custom Footwear, Nordstrom.

You can be a smart ass and point out OddShoeFinder.com and HealthyFeetStore.com are more medical than fashionable, but, hey. “Something asymmetrical is afoot in European shoe wear,” noted Syl Tang, of the Financial Times, years ago, in Jan. 29, 2007. “A new fashion trend is making great strides in Europe: wearing two completely different shoes.

“Style experts say wearing mismatched shoes, something cutting-edge shoe designers have experimented with for at least two decades, is entering the mainstream.

“A new Italian tourist brochure, for example, features fashionistas in Rome wearing a red suede mule and a green patent pump, and a boot and a dress shoe in matching brocade.”

“’What rule says the right has to be the same as the left shoe?’ asks Dalia Saliamonas, the marketing director of Spanish shoemaker Camper. “It’s a game: Each pair, each side can have its own personality like a couple in a marriage.’”

Jean-Paul Gaultier’s Spring 2011 collection included mismatched shoes in double-stilettos of black and white, what say you?

For Paloma Marugan, director of the consumer product department of Spain’s trade commission, the popularity of asymmetrical pairs among the young is “a very refreshing idea… because it somehow took us all away from a very ‘uniform’ world,” a reminder “that we human beings are not exactly symmetrical, and that honoring that is healthy and fun.”

Sueño de Espadrilles sources its merchandise in Spain, and sells pairs purposely designed as mismatched at The Podium branch. I was like a kid let loose in a toy store first time I went there; I’ve got pictures here, somewhere.

Chronicling ICanServe’s 3rd Silver Linings event at the Grand Regal hotel in Davao City some six weeks ago, Inquirer columnist and cancer survivor Ceres Doyo dubbed me “the irrepressible emcee” with a “red shoe on one foot and a black one on the other.”

It started the morning I was waiting to be called in for my mammography and breast sonogram at the Makati Medical Center, August of 2010. In between sending out text messages and staring at my shoes, I realized how boring red and red had become side by side. It bothered me that I thought so, for few would call red “boring.”

And then, it hit me. If I wear shoes that don’t match, who cares if I have only one breast?

If symmetry is “the correct or pleasing proportions of the parts of a thing,” I have that in my breast cancer sisters. We balance each other out, since what we used to fear as illness has evolved into our fulcrum.

So who’s afraid of asymmetry? Not me. Especially not after the staging of “Mrs. B,” where the mother of Jonas Burgos hugged me and proudly pointed at her feet, the left in black, the right in brown.

The day I walk into a shoe store and easily go, “Pabili nga ng sapatos, pula sa kaliwa, itim sa kanan?” would really be one for the money, and two for the show. Meanwhile, I work around what I have, and am satisfied with the results.

Not everything comes in pairs.

The author enters the eighth year of her remission in November. She says her husband and children are fine, thank you. What she seriously reminds you of is that early detection is the best way to treat breast cancer. Go have that mammogram, now.