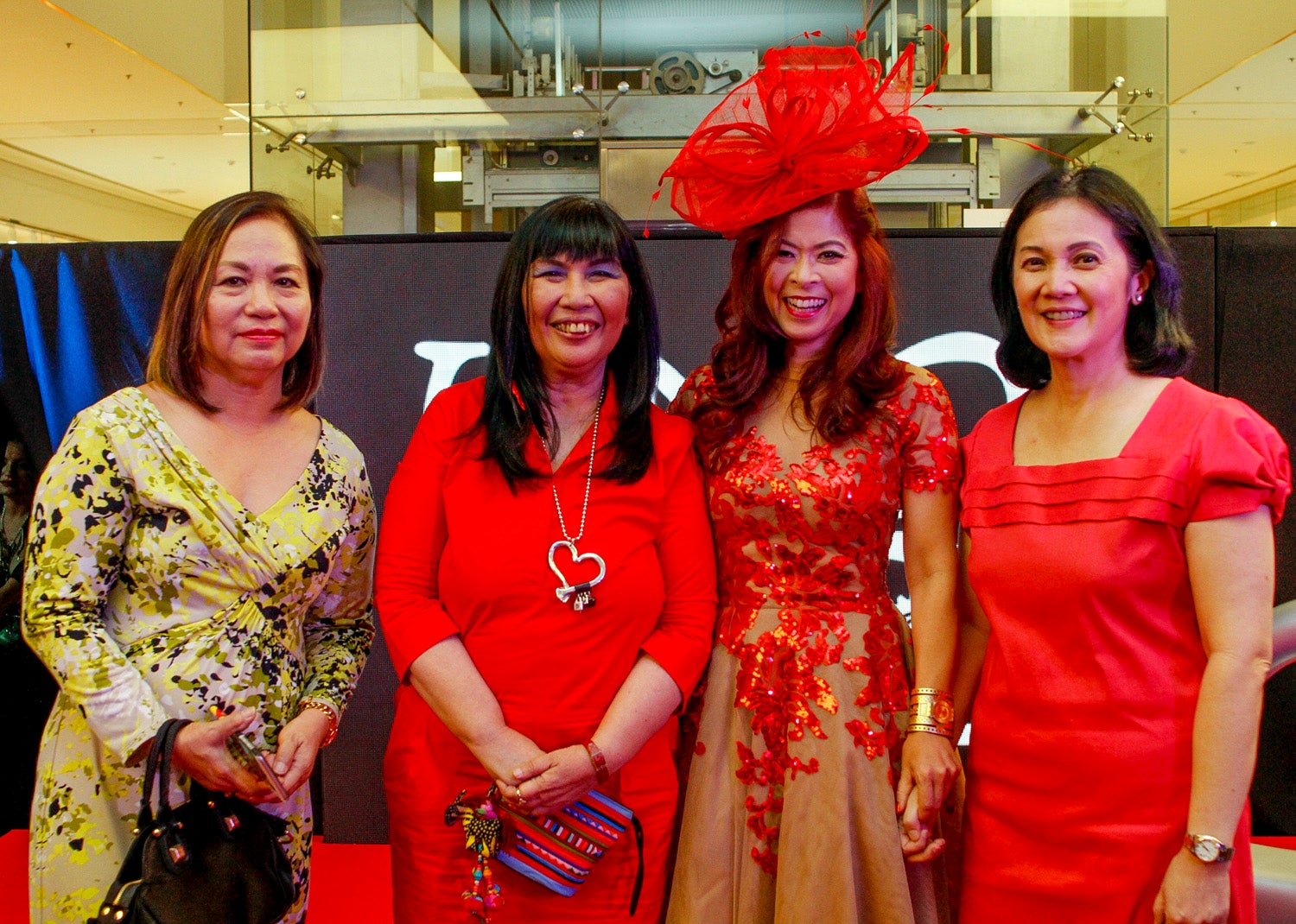 Artisanal Spanish jewelry goes under the hammer for charity

The artisanal handcrafted jewelry only has 50 pieces for each style, making them unique and exclusive. A portion of the sales will be donated to Aklat, Gabay, Aruga Tungo sa Pag-angat at Pag-asa (Agapp) Foundation.

The foundation promotes the importance of education and believes that becoming fully literate is the way to freedom, achievement and success.

Agapp was founded in by Pinky Aquino-Abellada, who is its chairperson, and was represented at the auction by her sister Ballsy Aquino-Cruz. Agapp’s goal is to uplift disadvantaged communities by improving the access of the poorest Filipino children age 3-6 to preschool education.

Included in the auction were necklaces and body chains.

A necklace-belt made of various leather and silver-plated metal beads was snapped up by Swatch maven Virgie Ramos.

Publicists Toni Palenzuela and Annie Ringor of Bridges PR each bought a necklace, an exclusive piece with blue and grey faceted Swarovski Elements crystals for Palenzuela, and a style with a blue Swarovski pendant for Ringor.

Thirty-two jewelry pieces were sold, including the eight auctioned items.

The crafting technique is one of the pillars of Uno de 50 philosophies. The creation of each piece involves an artisan process unique in jewelry-making—from the initial sketch to the carving, etching and manual refinement, all done by experts in workshops in Madrid, Spain, site of the brand’s main offices.

Founded in the late 1990s by a group of designers, the brand started out with the original philosophy of creating only 50 units of each design, hence the trademark name. It was launched last year in the Philippines in partnership with SM and now has four outlets: SM Aura, SM Makati, SM MOA and SM Mega Fashion Hall.

“Help! I’m a Shoe Addict,” meanwhile, is the second LOOK mini book by Carmencita Sioson and Stefanie Cabal, a follow-up to the bestseller “Help! I’m a Bagaholic!,” which was released last year.

To launch the tome, some high-fashion shoes on loan from fashionistas featured in the book were exhibited at the SM Makati venue.