A day at the museum–with Jollibee | Lifestyle.INQ ❮ ❯ 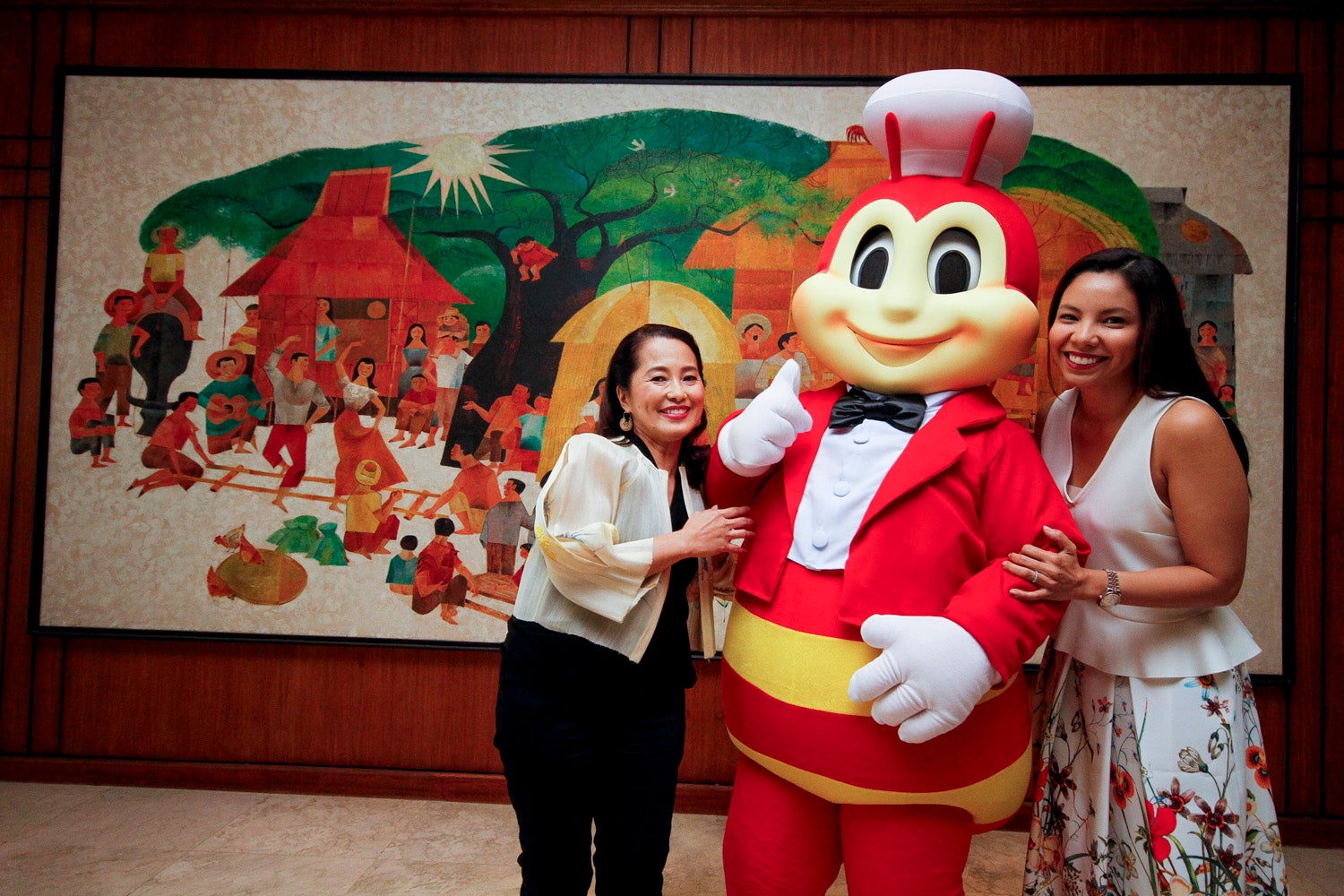 A day at the museum–with Jollibee

Jollibee is at the museum—literally. The beloved, bright-red mascot is padding through the carpeted corridors of the Lopez Museum and Library in Pasig.

Heads turn. Jollibee will later pose in front of Juan Luna’s “España y Filipinas” and Mauro “Malang” Santos’ “Rural Scene.” If the idea of a fast-food giant promoting a Philippine art and history museum sounds unusual, there’s more. Both national treasures in their respective milieus, they have now joined forces for a worthy project.

Newseum is a collaboration between Jollibee and the Museum Foundation of the Philippines, Inc. (MFPI). It’s an ambitious program that aims to develop an appreciation of art in Filipino children. There will be a ceremonial signing and press conference tomorrow, July 3. The three-month program itself starts in August.

“Children can use any color so their creativity will come out,” says MFPI board of trustees member Weng Domingo. The sheets will have maps showing where to find these artworks at their respective locations.

The activity sheets have coupons which grant a child and a companion free entrance to the museum closest to the Jollibee branch; the colored sheets also become entries in which the best one will also be showcased in the MFPI’s section in the National Museum of the Philippines.

Jollibee will likewise hold an electronic raffle that will give P6,000 worth of Jollibee Kids Party gift certificates to the winner.

Domingo came up with the idea for Newseum in July 2014, when she was first elected to the board for a two-year term. “One of our objectives was to increase the number of museum-goers, and that’s where this project came in.” While developing the program, Jollibee was her only choice as corporate sponsor.

“I feel it’s the icon of Filipino childhood,” she says. The fast-food chain’s mainstream success and appeal made it a natural choice for the partnership. “Art is usually associated with the elite. That’s why we’re partnering with Jollibee, because we want to tap young minds, especially those who haven’t heard of art or haven’t been to a museum. Jollibee and museums are from two separate worlds, and it’s something different.”

Domingo had been enamored with art after winning in a grade school art contest in St. Theresa’s College Manila. “My father didn’t encourage me because he wanted something more practical,” she recalls. “I like art.”

Art appreciation is something she’s nurtured though her career brought her to other places. An accounting graduate from De La Salle University, she first worked with SyCip, Gorres and Velayo (SGV) in Manila and then in private banking for American Express Bank in New York.

While in New York, she was part of the extremely competitive Docent program at the Metropolitan Museum of Art, where selected individuals would listen to lectures and work at the Met itself.

She is married to Trade Secretary Gregory Domingo; they met in the United States and have four children. They returned to the Philippines in 1995. “The quality of life is better here,” she says. Her fondness for museums led her to join MFPI and eventually push for what would become Newseum.

After brainstorming, Domingo contacted Jollibee and the idea took hold.

A year later, “Newseum” is set to be launched. “It stands for ‘new experience for kids at the museum,’” Domingo explains. Jollibee management is similarly enthused with the program. “Jollibee’s thrust is to help and promote the holistic development of children, and one aspect is through arts and culture appreciation,” says Jollibee vice president for marketing Harvey Ong. “That’s why we welcome this partnership with MFPI as we want to start the habit early on among Filipino kids.”

Jollibee has had a long history of programs for children, but Newseum is something groundbreaking as it melds Jollibee’s immense retail reach with the perceived rarefied orbit of museums.

Adds the full-time mom to three kids with husband Toddy Francisco: “I really thought there was a need for it. In my mind, it’s less Disney, more art, more culture… You really have to make an effort to expose them to these things, which is what I do. I’ve taken them to Ayala Museum and Museo Pambata, which they loved.”

She continues: “We wanted to reach as many children as possible and Jollibee is known to be a children’s brand. Kids cannot resist its food. There was an opportunity to partner with Jollibee, it’s such a great venue because, otherwise, how will we get our message across? How will we reach as many people as possible without the help of an institution as big as Jollibee?

“The whole point is get the kids through the doors of the museums. It doesn’t end when they color the activity sheets. We really want them to step into the museums that have partnered with us. You take the children away from all their activities and when they get to the museum, they become curious.”

Francisco believes there is something for everyone in Newseum, in the act of children discovering the great art in their midst.

Domingo is dreaming up more interesting and advanced ideas to get Filipino children into museums. Following the nonprofit organization’s popular Art in the Park and the MaArte Design Fair, Newseum is MFPI’s latest art-dedicated endeavor.

The perception is that Filipinos didn’t go to museums because of a particular mind-set, Domingo says. It’s time to change that mind-set, and that’s what Jollibee and the Museum Foundation of the Philippines’ Newseum program intends to do.

“Our goals are simple,” Domingo says. “To make art available to every Filipino child and change the public sense that the arts are lovely but not essential.”