In character for Halloween | Inquirer Lifestyle 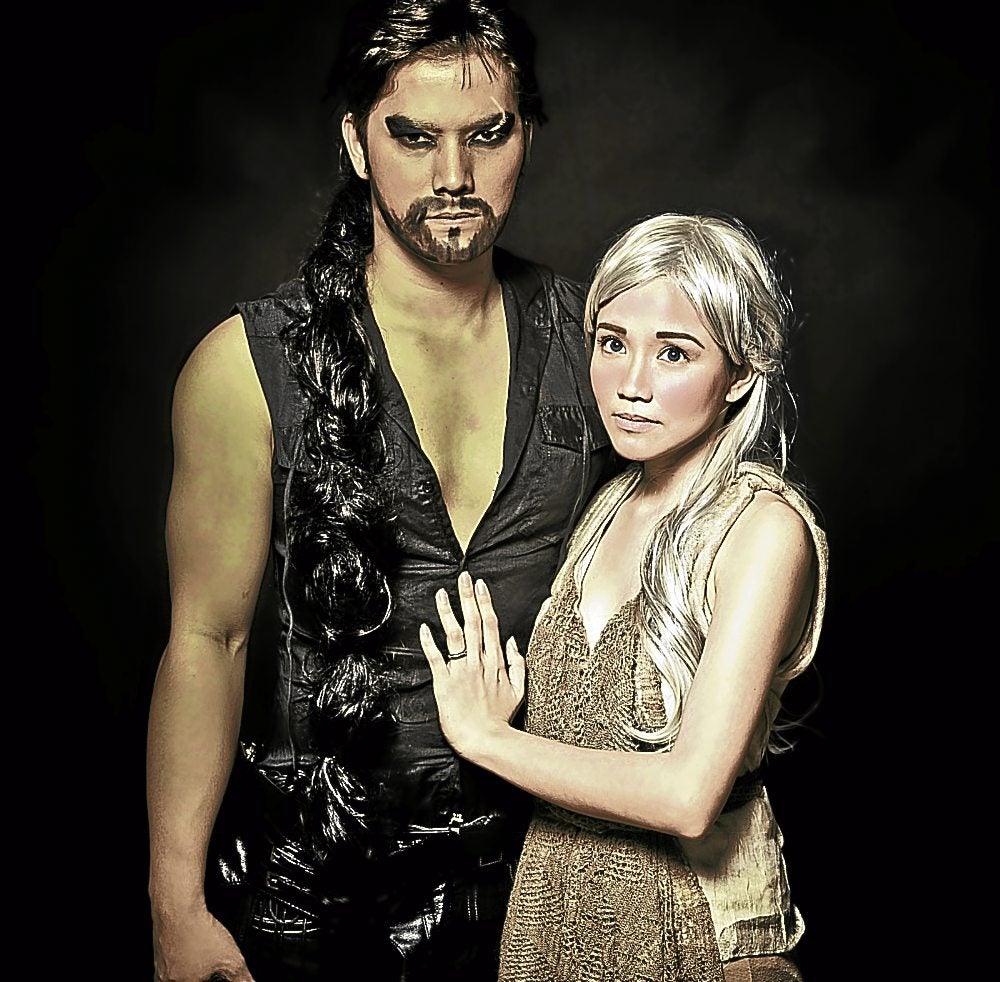 In character for Halloween 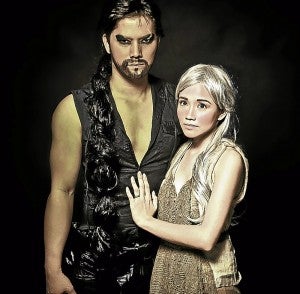 People end up squeezing every bit of their creative juices (or pockets) just to achieve their costume goals—and failure or not, post them on the Internet for the world to see.

Just when you thought you’ve got your getup down pat, you see 241,311 other people with drawn-on abs and orange skin as “The Situation” (Mike Sorrentino of MTV’s Jersey Shore”) and 407,256 other people doing Lady Gaga.

I run a his-and-hers fashion blog with my boyfriend Seph, and we got together with our creative friends to try out different ideas for Halloween. The first few looks ranged from slightly played-out punk rock stars, to a little silly old folks, and to downright hilarious gender-reversal.

Makeup artist Marj Sia and fashion designer Catherine Jannelle share how they each pulled it off.

Drogo is a fierce and strong Dothraki chieftain, while Daenerys is dainty and feminine, yet strong-willed.

The makeup: According to Marj, Drogo’s look is a bit challenging, since she needed to create a thick beard and scar on the eye, without it looking fake. She used black eyeshadow as well 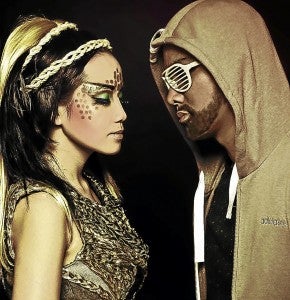 as a bronzer to achieve this. To create muscles or display fake abs, use makeup to contour the body.

To create Dainery’s look, Marj kept things simple. She used natural colors for the eyes and lips and finished the look with a peach blush. Try a blue-gray contact lenses for the eyes.

The wardrobe: Catherine piled belts together to resemble Drogo’s waist armor. For Daenerys’ dress, she took two old scarves and soaked in bleach to achieve that rough and wispy texture. The fabric needed to be distresses first, so best to wait for two days before sewing the garment. Seph’s vest was used for Drogo’s clothing.

The hair: Cat’s two black girly wigs were used, which she distressed and braided for Drogo. Photographer Tricia Gosingtian’s long blonde wig was used for for Daenerys.

Katy is an alien with a gazelle’s legs (simplify your life and wear gold tights instead) and Kanye is himself (play it safe and avoid making any stereotypical, potentially offensive gestures).

The makeup: Marj used a stencil for Katy’s makeup, since it had very intricate details. She used drawing stencils from a toy makeup set she had as a kid. She also recommends DIY-ing stencils, by cutting out holes on acetate paper. Brown, gold and metallic eyeshadow and false eyelashes were used to achieve the look.

For Kanye, Marj recommends face powder in a deep brown shade and bronzer to contour the face.

The wardrobe: Catherine painted the dress with gold and black acrylic to get that metallic and post-apocalyptic feel for Katy-inspired dress. “You don’t have to copy details exactly,” she says. “Just get the prominent features like makeup and hair, especially if you’re doing a face character (human or humanoid) and wear something similar to his or her outfit.”

The hair: Catherine piled on the previously used wigs and added a braided hemp belt to replicate Katy’s look. Instead of a wig for Kanye, we used Seph’s hooded jacket and trademark shutter glasses.

Sparkly multi-skilled hottie vampire in love with equally love-crazy introverted plain-Jane damsel in distress longing to be a vampire too. 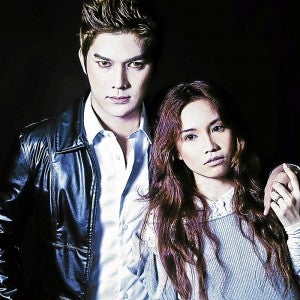 the characters are easy copy, because the makeup is plain and natural-looking, except for Edward’s pale look. Use a lighter shade of powder to achieve Edwards vampire look. Contour the jaws and cheeks to make the feature more pronounced. Bella has really deep-set eyes, so Marj used brown eyeshadows and highlighted the crease on the lids. Use light hazel contact lenses for Edward’s eyes.

The wardrobe: Bella’s top is a plain shirt that Catherine embellished with lace. Cat recommends going to secondhand shops or thrift stores if you are not into DIYs. They are always full of clothes that can be used as costumes, too!

The hair: For Edward, sweep up Edward’s hair with your fingers. Bella’s hair is simply long, dark brown and left un-styled.