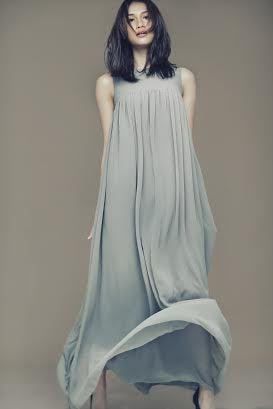 She may have failed to nab the title, but Monika Sta. Maria, the athlete-turned-model from Manila, gained the respect of Filipinos and other Asian audiences as she worked her way to the finals of “Asia’s Next Top Model” (AsNTM) Season 3.

Dominating the season by getting four best photos—the most among all the contestants—and winning episode challenges, Sta. Maria caught the attention of everyone involved in the show right from the start.

The judges consistently praised her for being “a reliable model.” Even guest judges, designers and fashion industry heavyweights admired her work attitude and drive, and said they would want to work with her again.

As first runner-up, the 23-year-old Psychology graduate and former De La Salle University volleyball player already has modeling gigs here and abroad. It goes to show that Monika Sta. Maria’s modeling career, with or without the AsNTM title, is just revving up.

In this e-mail interview, the Filipino-Malaysian model, born Marlena Monika Sta. Maria, talked about how she prepared for Season 2 and Season 3 auditions, the publicized rift with Indonesian contestants, and her modeling plans.

People have questioned your lineage, and said you’re not a real Filipino.

My mom is a full Filipino and my dad is Malaysian. I was raised in the Philippines since I was two, so I highly identify myself as a Filipino.

How did you handle the rejection when you did not make it last season? How did you prepare for season 3?

I was really sad because I was really working out hard and preparing as if they were already going to choose me! When I realized they had already selected and I did not get in season 2, I decided I would continue preparing my mind and body for season 3!

Have you always wanted to model?

No! I was so awkward and shy in high school! I would have never imagined myself as a model!

What made you switch from volleyball to modeling?

At DLSU, athletes are exposed on TV because of the UAAP. As a new face in the varsity, I got attention and was made to walk the runway as a school “icon,” and I loved it! I tried modeling on the side but it required me to be thinner than my muscular volleyball body. My coach noticed that I was dieting and told me I had to choose, so I chose modeling.

What did you do differently to make sure you pass the auditions for season 3?

Can you tell us about the audition process? How long did you fall in line, etc?

Since I was first in both auditions, I did not have to wait. It was just pictures and interviews, and I think I got the casting team’s attention because I was first again in the season 3 auditions in the Philippines.

Were you surprised by how the show turned out when you saw it on TV, as opposed to what really transpired during your stay in Singapore? For example, did the final edits portray a different story from what really happened?

I was surprised because you don’t really know what happens with the other interviews in the show. I just decided not to watch, so I can hold on to my memory of my experience.

What can you say about the other contestants? How close were you to (fellow Filipino contestants) Franchesca Lagua and Amanda Chan? And how did you become close to (Singaporean contestant) Aimee Bradshaw?

I did not see Amanda and Chesca in the auditions. Amanda was discovered during her audition in “Australia’s Next Top Model,” and Chesca just applied online. I love them and we became close because we were Team Philippines. I became close to Aimee because toward the middle of the competition she asked if she could join me in my morning workouts, because I used to work out before the cameras came into the model house.

You clashed a lot with (Indonesian contestants) Gani Ayu and Tahlia Raji. Did that affect your performance or morale?

I don’t think it affected my performance, but it was really difficult emotionally, just because there were negative feelings and I didn’t have my loved ones to talk to or turn to. I am not used to situations like that, so I did not really know how to deal with it. I just continued focusing on the modeling.

What was the most difficult part of the experience?

The most difficult part would be the everyday pressure of not knowing what would happen the next minute, but whatever it was, you had to be the best at it.

How did the entire experience affect your life?

What are your plans?

I will complete my ambassador duties, and next year I’m planning to push myself to go outside Asia!