Where to get your Minions fix | Inquirer Lifestyle ❮ ❯ 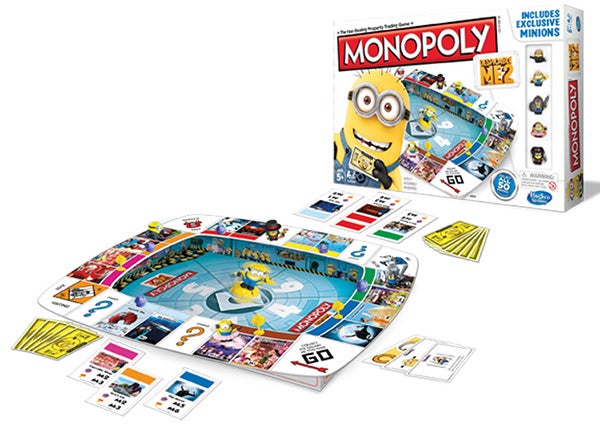 Where to get your Minions fix

The Minions—little yellow capsule-shaped characters in “Despicable Me” and “Despicable Me: 2”—stole the scene with their adorable yammering, wide eyes, banana obsession, and fondness for costumes.

The Minions (finally) got their own movie in a prequel showing their origins and their endless quest to find the perfect villain to swear loyalty to.

Everyone seems to have Minion-mania. During the red carpet premiere of the movie, Sandra Bullock posed for photos in customized Minion heels designed by Rupert Sanderson.

If you have sworn loyalty to the Minion fandom, we’ve rounded up the cutest merchandise to collect so you can wear your Minion madness proudly when the movie starts showing July 8. 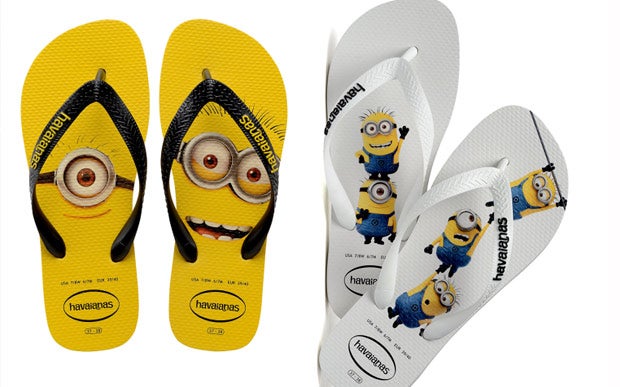 Our favorite flip-flop gets dipped in Minion yellow. Choose between a yellow pair meant to look like a Minion’s face or the white pair with three Minions pretending to hang from the thong portion.

Prepare to eat nothing but Happy Meals if you’re a Minion toy collector. McDonald’s released 10 different Minions to hunt down, free with every Happy Meal (now’s the time to say yes when friends tell you, “Pa-burger ka naman”).

McDonald’s turns the Minions meter all the way up because not only do they have Happy Meals, they also have a whole lineup of Minion-themed desserts featuring their favorite fruit: banana! 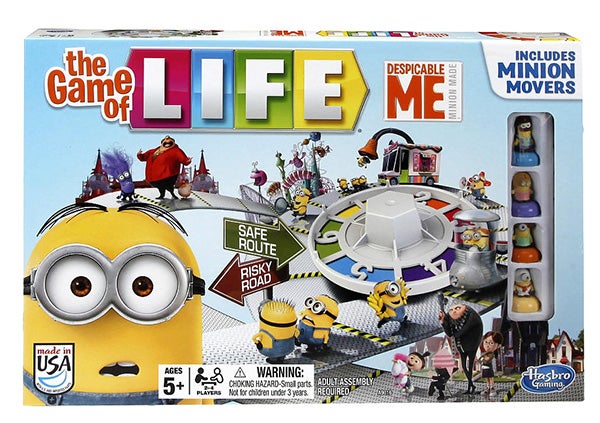 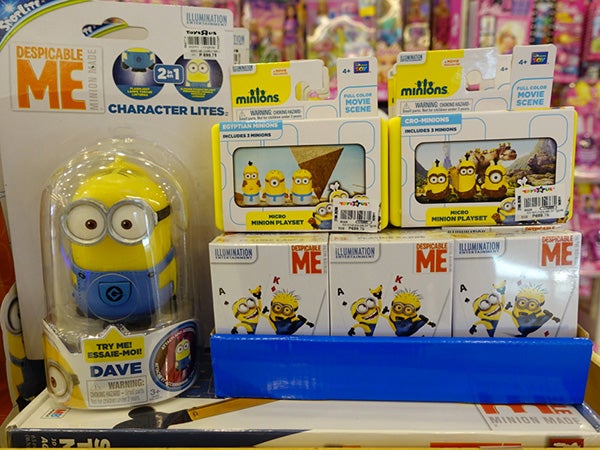 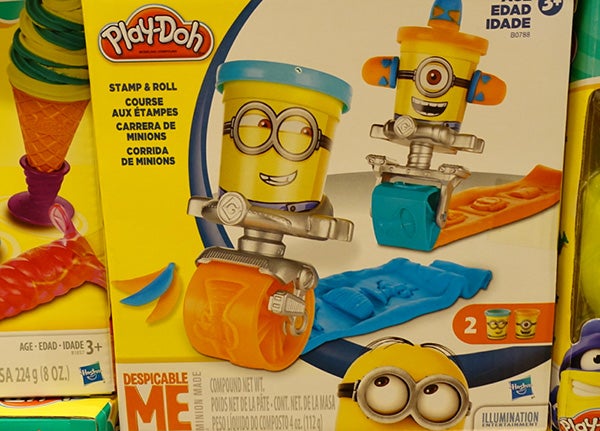 Monopoly gets “Minionized” with Minion tokens and Banana bucks, while The Game of Life becomes yellower, too. Check out Toys ‘R’ Us for the games and more—they’ve got playing cards, too. 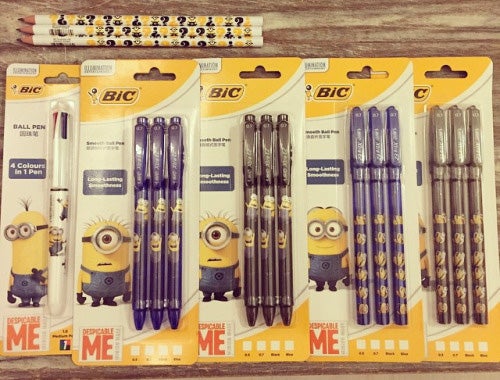 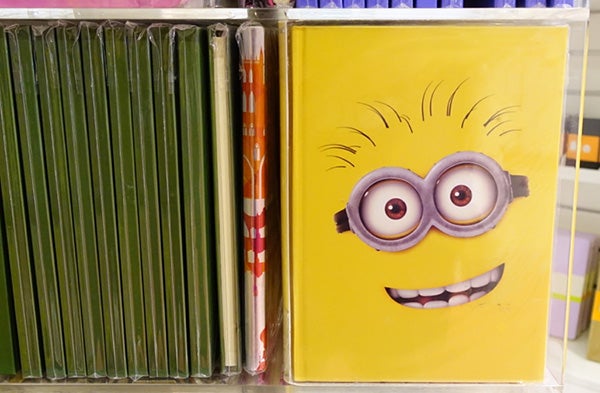 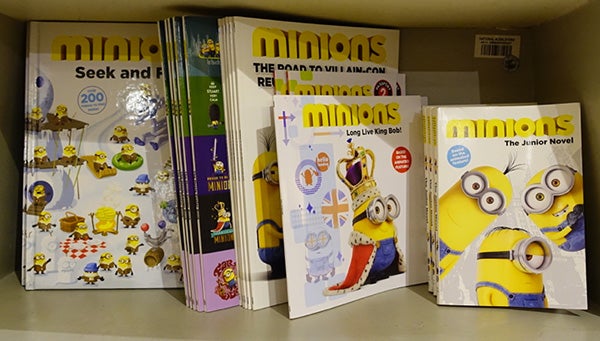 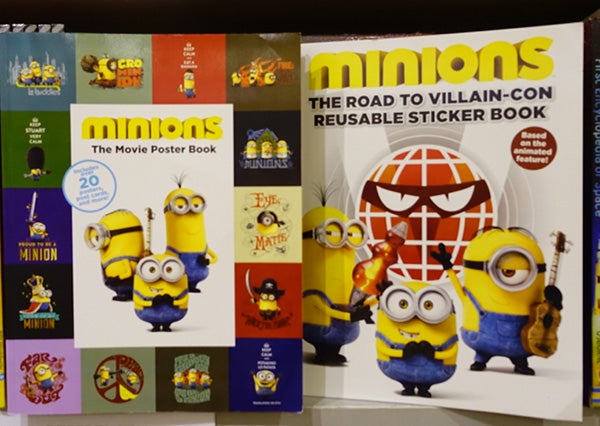 Ballpen brand Bic has released Minion pens—get the multi-color pen, the blue and black ballpoints, pencils, highlighters and highlighter sets. They’ve also got pencil-type crayon sets for kids. Make sure to check out the Minions journals and books at National Book Store.

Why limit yourself to Minion action figures when you can have a huggable version? Minion pillows and plushies are also available. Choose between Stuart, Kevin, and the adorable baby Bob.

What goes well with bananas (aside from Minions?) Nutella, of course. The hazelnut spread was packaged in limited edition glass jars with Minions printed on the jar. You can bring the jar to the cinema and dip your potato chips or popcorn into Nutella for that satisfying sweet-salty taste. 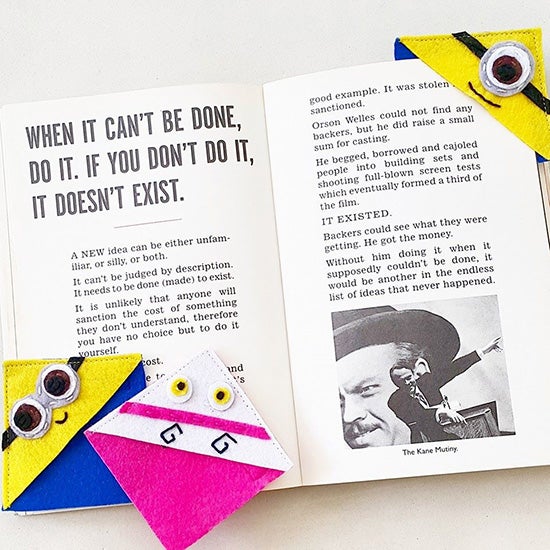 The felt elves at Pop Junk Love have made several cute Minions-inspired merch like plushies, pins and bookmarks. We are big fans of their cute felt bookmarks, little hoods that slip over a page’s corner so you don’t lose your place.

The watch was obviously made for kids, but who cares?

Even your bathtime routine can be yellow, too, thanks to Minion towels. 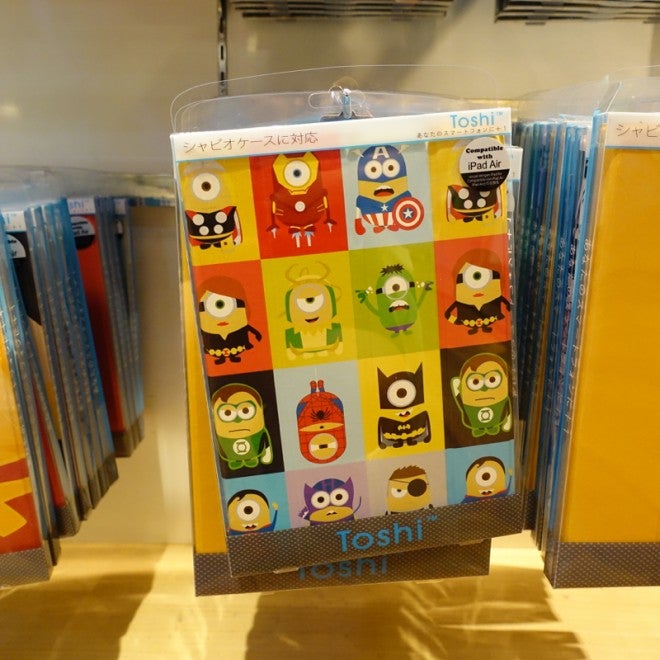 This cute flip case is not brand-conscious when it comes to smartphones/tablets. Instead, it lets you select a case based on your device’s screen size. Elastics inside the flip cover hold your phone or tablet in place (you’ll lose access to camera/charging while it’s in the case, but it’s so cute you’ll put up with the hassle).