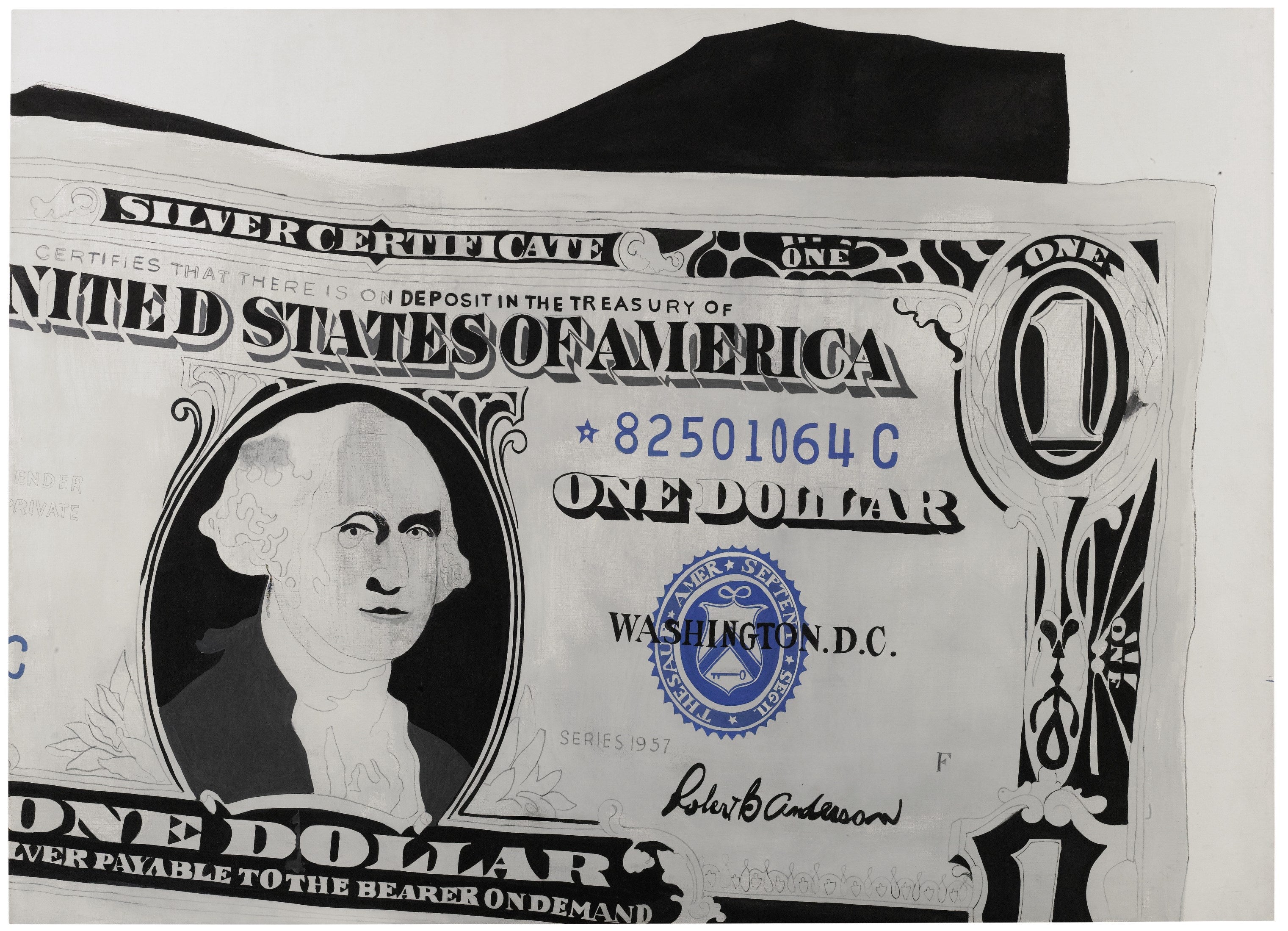 One of the defining works of the artist’s career, this work not only set the foundations for the entire “dollar bill” series, it is also the only painting from this body of work to have been painted entirely by hand.

Two major self-portraits by Francis Bacon, rediscovered in a European private collection earlier this year, also sold for a combined total of £30 million. Acquired soon after they were painted in 1975 and 1980 respectively, they had never been on public exhibition before this year.