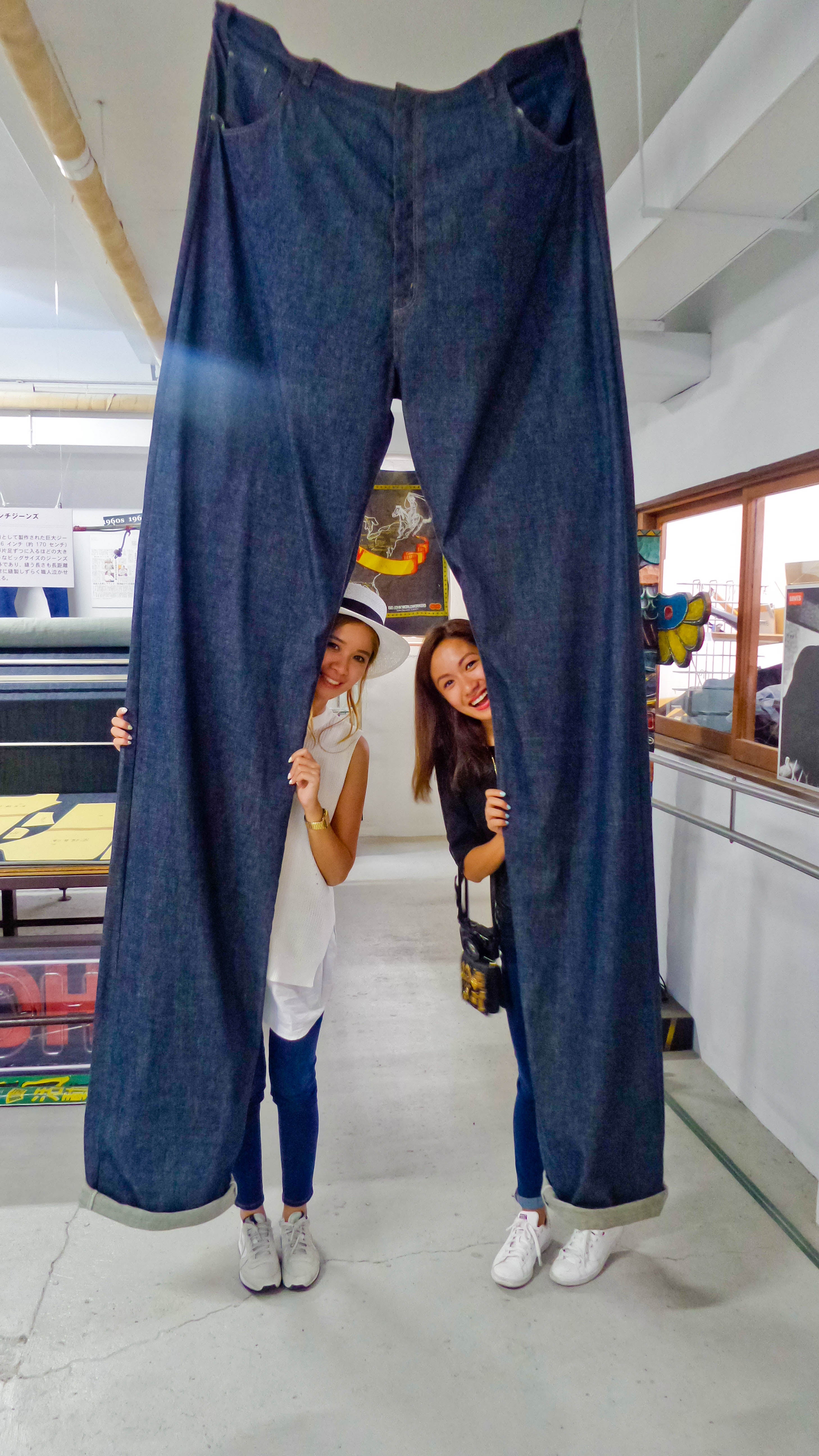 What’s so awesome about Japanese denim?

Japan has recently become the go-to place for many Filipinos. Since it’s now easier to get a Japanese visa, people have been discovering it as a shopping paradise
—thank the good exchange rate for that. (And don’t get me started on the food.) Really, it’s not that hard to fall in love with the Land of the Rising Sun.

Aside from all things electronic, anime, kawaii and sushi, this country is also known for its denim.

Japanese denim may not be as old as its American counterpart, but it’s a cut above the rest. Also, in my generation, anything stamped “Made in Japan” has always been associated with good-quality design and superb craftsmanship.

A story to tell

That’s why it was easy for young entrepreneur Marty Tio to carry Bobson, a brand not only known for quality denim, but which also has a long and rich heritage. “I want a brand that has a story to tell,” Tio said, “something with soul.”

People thought Bobson was a local brand, especially during the ’80s when a matinee idol served as its brand ambassador.

In fact, Bobson is the second-oldest Japanese denim brand, having started back in 1945. With Tio’s vision and with the help of Bobson Japan, the future seems bright for the brand to be well known in the Philippines.

To better understand the passion behind Bobson, a small group of reporters and fashion bloggers flew to Osaka, Japan.

Bobson is a heritage brand that reaches out to the primary market for jeans, the youth.

That is why one of the projects Bobson is launching in the Philippines is a series of graphic shirts created by design students from Marronnier College of Fashion Design in Osaka.

Bobson received a lot of entries from students; it picked some of the standouts.

One was a well-researched creation inspired by traditional Japanese knot charms called “Mizuhiki,” which symbolize unity or connection.

The other was a graphic design print of a love poem from a traditional Japanese card game.

The school’s relaxed atmosphere gives students a free rein in learning and makes designing fun. Aside from pattern making and dressmaking, there are classes on fashion styling, fashion illustration, makeup and hairstyling.

An hour’s Shinkansen (bullet train) ride from Osaka is Okayama Prefecture, known as Japan’s denim capital, where the Bobson head office is located.

Surrounded by racks and racks of jeans, we met with
Hiroshi Ozaki, whose father started the brand. He explained how Bobson kept itself relevant and innovative as one of the leaders in the Japanese denim industry.

Japanese denim is noted for its premium construction and use of only natural indigo dye. (Other countries use cheaper synthetic dyes.)

Japanese denim uses old textile looms, some of which have been around since the 1920s, making the work process more expensive and tedious. But quality craftsmanship and artisanal value are the priority—
stuff to make your denim stay with you for a long time.

Bobson sticks to the classics, not relying on constantly changing trends. It believes that good, quality denim is timeless.
However, this doesn’t stop the brand from playing with eras; when we were there, it was showcasing the ’70s bell-bottom jeans with star prints.

Ozaki also presented a new line of jeans made of terry cloth used for towels, and French military jackets made of the same material as the gi worn by judo and karate athletes.

Amid the competition, Bobson remains unperturbed. It wants to be known as the brand that sticks to what it strongly believes in—good quality Japanese denim. Joining the retail race is not its cup of tea.

While it wants to be known throughout Asia, it is pursuing its goal at a steady pace.

Bobson Jeans are available at all SM Stores and Robinsons Department Stores nationwide. Visit Facebook.com/BobsonJapan to check out the other graphic shirt entries designed by the students of Marronnier, and vote for the design you like. The shirts with the most votes will be sold in the Philippines.