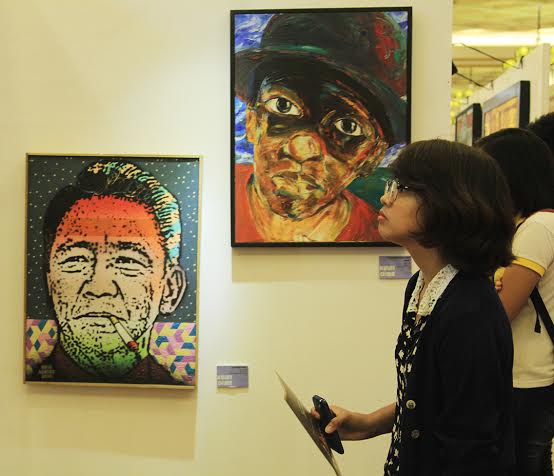 TO CELEBRATE the 117th year of independence of the Philippines, Resorts World Manila (RWM) and Kulay-Diwa Gallery showcased prominent and promising Filipino contemporary artists in the exhibit “Freedom of Expression.”

The show was on held the ground floor hallway of RWM’s Newport Mall in Pasay City. It ran until June 30.

“We would like to highlight the talent of contemporary Filipino artists who enjoy the freedom to freely express themselves,” says Robert Nolasco, managing director of Kulay-Diwa. “This is a part of our tribute to the celebration of Philippine independence this year.”

According to Nolasco, all of the 52 works exhibited are part of the collection of his gallery.

“We chose to display the works of prominent artists as well as up-and-coming ones from our collection, while other artists contributed their new works,” Nolasco says.

The works on exhibit are for sale and part of the proceeds will go to Hospicio de San Jose.